Soon.. a city floating in space next to Earth! (Video) 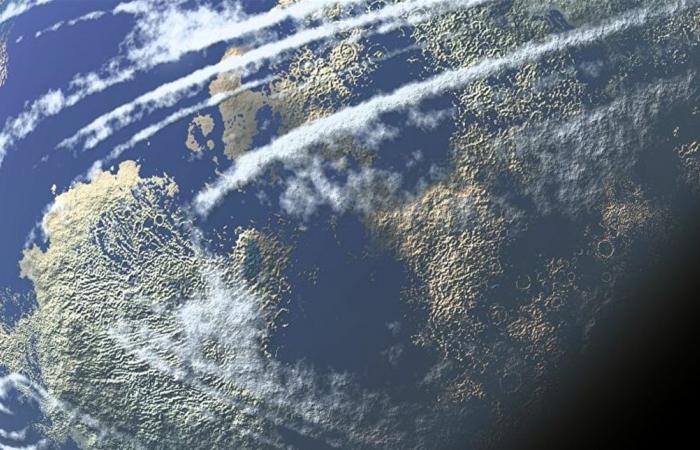 Agencies revealed that China has started working on a very massive national project to build a space station, the largest of its kind in the world, that may extend for more than several miles, in what looks like a floating city, but in the vast void of space adjacent to the Earth.
According to the “South China Morning Post”, China is seriously looking to begin the process of building a “very large spacecraft” that will extend for miles on a manned mission, for which we are initially allocating $ 2.3 million.According to the sources, the Ministry of Science and Technology, which is the funder of the huge project, indicated that work on the project will take about 5 years of construction in the process of creating the largest spacecraft in the world that will help in exploration and stay in a very long-term orbit.

Scientists are studying methods that can reduce the weight of materials used to reduce space transportation and construction costs.China has summoned a large group of scientists to begin work on the implementation and study of the new project, as the Chinese government expands its plans for future space exploration with a focus on long-term manned missions.

The sources noted that the process of building this enormous vehicle will take place in space, by assembling the parts through shuttle flights between Chinese bases on Earth and between the project’s center and its first nucleus in space.

In turn, the National Natural Science Foundation of China has invited scientists to join a five-year project to study the mechanics of a “kilometre-wide ultra-large spacecraft”.

The Foundation published the Research Outline to allow all scientists to collaborate on building processes and to present revolutionary ideas that might help with implementation.

According to the “futurism” website, such a spacecraft, is a major strategic and major aerospace headquarters for the future uses of space resources, and will contribute to the exploration of the mysteries of the universe and stay in orbit for long-term gestures.

The source noted that one of the main objectives of the project currently, is to maintain a light weight and ideally compress the mass of the project to ensure that no part of the container is broken during its transfer in giant rockets to the orbit of the planet.
The source described the project as “ambitious at the present time, and somewhat similar to science fiction, but assembling structures in orbit is a possible and possible possibility, as the International Space Station has proven.”

These were the details of the news Soon.. a city floating in space next to Earth! (Video) for this day. We hope that we have succeeded by giving you the full details and information. To follow all our news, you can subscribe to the alerts system or to one of our different systems to provide you with all that is new.