Details of the second spacewalk of Chinese astronauts 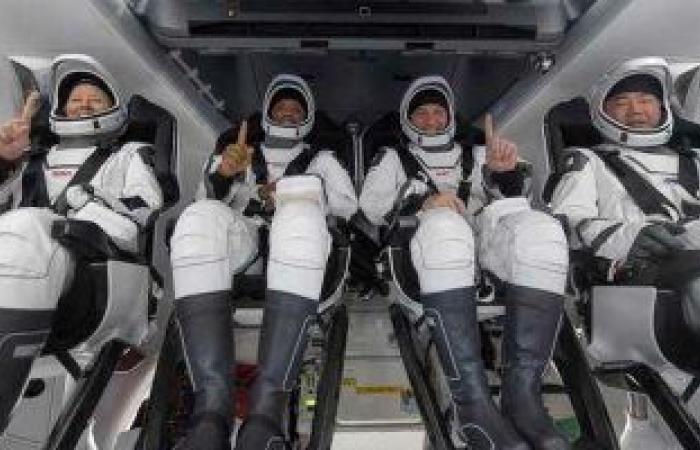 The International Space Station now has a new companion, as China recently launched its own space station, and Chinese astronauts completed a spacewalk, to install equipment outside the station, marking the second spacewalk in the life of the new station “named Tiangong”, which means “heavenly palace”. The station has already experienced its first spacewalk within a few weeks of its launch, Digitartlends reports.

Astronauts Liu Baoming and Ni Hesheng conducted the second spacewalk, and the Chinese Manned Space Agency announced the details of the spacewalk, through the space site. They exited from the station’s basic unit and spent four hours working on the outer surface of the station. They also moved equipment around the station using a robotic arm as well as installing a spare part of the air conditioning system.

The station currently contains only one unit, its core unit called Tianhe or “Harmony of the Heavens”, but there are plans to expand this model to two more units to serve as science laboratories.

China is preparing for its presence in space in a big way, with the launch of the new space station, it will soon start sending unmanned ships to the station to deliver goods, according to the Guardian, China will launch an unmanned Tianzhou 3 cargo ship using a Long March 7 rocket carrying supplies before Its second crew arrives later this year.

The cargo ship will be launched shortly before the crew is launched, in a similar way to how the first human resupply and launch was carried out.

The new crew is expected to be launched in October, with the astronauts doing a six-month stay at the new station.

These were the details of the news Details of the second spacewalk of Chinese astronauts for this day. We hope that we have succeeded by giving you the full details and information. To follow all our news, you can subscribe to the alerts system or to one of our different systems to provide you with all that is new.