Greenland ice sheet loses more than 8.5 billion tons in one... 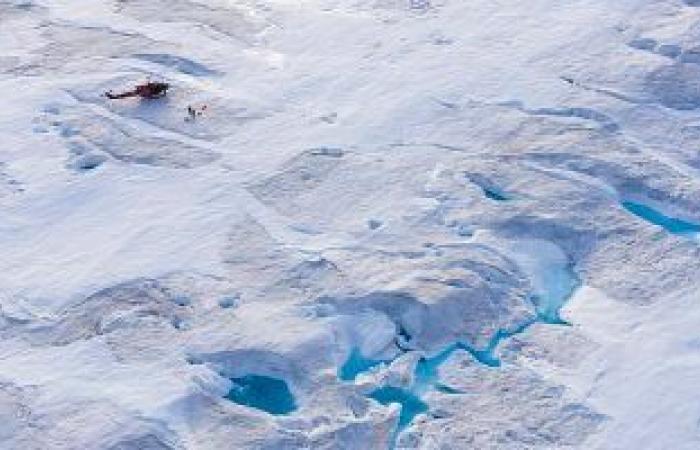 Officials with the Danish Meteorological Institute said that the Greenland ice sheet lost 8.5 billion tons of surface mass in one day last week, enough to cover Florida with two inches of water. Over 68 degrees Fahrenheit, twice the average summer temperature.

According to the British newspaper, “Daily Mail”, while this volume was less than the record for melting ice in a single day in 2019, which was 12.5 billion tons, last week’s event covered a larger area.

Scientists have estimated that melting from the Greenland ice sheet has caused about 25% of the global sea level rise seen over the past few decades.

If all of Greenland’s ice melted, global sea level would rise by another 20 feet, but that is not expected any time soon.

Marco Tedesco, a climate scientist at Columbia University, revealed that melting events can create feedback loops that lead to more warming and melting in Greenland. than reflecting it back out of the atmosphere.”

The Greenland Ice Sheet is the second largest mass of freshwater ice on the planet, with an area of ​​about 1.8 million square kilometers (695,000 square miles), second only to Antarctica. Melting of the ice sheets began in 1990 and has accelerated since 2000. .

These were the details of the news Greenland ice sheet loses more than 8.5 billion tons in one... for this day. We hope that we have succeeded by giving you the full details and information. To follow all our news, you can subscribe to the alerts system or to one of our different systems to provide you with all that is new.