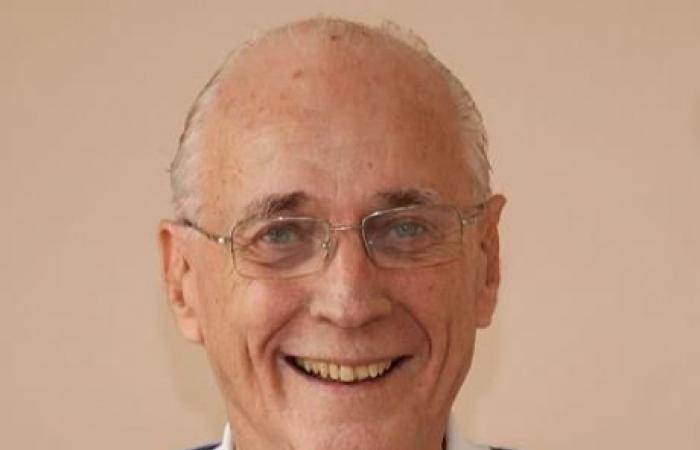 The Jesuit priest Jorge Cela, a tireless fighter against poverty and inequality in the Dominican Republic and other countries, died this Sunday morning of a heart attack in Havana, Cuba.

His departure turns into mourning and I lament the Dominican society, which, full of gratitude for his work on behalf of those most in need, says goodbye.

Politicians, religious, journalists and other citizens highlight the qualities of Father Jorge Cela through social networks.

He was director of Fe y Alegría Dominicana and International Coordinator of the Fe y Alegría International Federation. Professor at the Autonomous University of Santo Domingo and for more than 30 years he worked in the poorest neighborhoods of the Dominican capital on the side of the most needy.

Jorge Cela was “co-founder of various organizations of Dominican civil society such as Alternative City, Committee for the Defense of Neighborhood Rights (Copadeba), Centro Bonó, Centro Montalvo, Popular Editions, Citizen Participation and Citizen Forum” according to the count @Mjimeso.

“The physical departure of Father Jorge Cela makes us all mournful. His invaluable contributions in the study of the Dominican social reality, his defense of democratic values, of the rights of the residents of our neighborhoods are testimony to a life of service and commitment ”wrote the president of Alianza País, Guillermo Moreno, and Twitter

“We regret the death of Jesuit Father Jorge Cela, a pioneer in the study of poverty and inequality, a benchmark in the work we carry out in the Ministry of Economy, Planning and Development”, Is highlighted in the account of the Ministry of Economy, where they also recall that he was 79 years old, 61 years old as a Jesuit and a few months ago completed 50 years of his ordination as a priest.

While the Minister of Economy, Miguel Ceara Hatton He expressed: “I regret the death of Jorge Cela. A friend, a fighter and a great thinker ”.

The political leader Rafael Fafa Taveras defined Father Jorge Cela as an exemplary Jesuit. “Cela, popular support in political struggles, including the War. He and the religious team he was part of were always a support for fighters and persecuted, we owe a recognition to his memory “

The historian Mu-Kien Adriana Sang It says that Jorge Cela was a Jesuit priest, committed to the poorest.

The journalist Edith Febles: “The last time Jorge Cela came to the DR I ran to interview him. His gaze is essential to understand the inequality in the DR, know its neighborhoods, understand its culture. I have deep respect for him. Today Cela has passed away, a clear and committed voice for a better country. EPD ”.

The journalist Ana Mitila Lora “Very sorry for the departure of Jorge Cela, a Jesuit committed to the poorest, from Guachupita, Los Guandules and La Ciénaga and Ciudad Alternativa. A heart attack in Havana took him away. Condolences to all Jesuits! ” wrote on Twitter and added that Jorge Cela was a sower in the Dominican Republic, Cuba, the Antilles, “wherever he went! An unrepeatable priest and human being !! ”.

These were the details of the news Father Jorge Cela dies; Dominicans appreciate your fight against poverty and inequalities for this day. We hope that we have succeeded by giving you the full details and information. To follow all our news, you can subscribe to the alerts system or to one of our different systems to provide you with all that is new.