Policemen of the California Highway Patrol (CHP) They evicted families who were taking refuge in publicly owned homes in the El Sereno neighborhood of Los Angeles, in full Thanksgiving celebrations.

In videos disseminated on social networks, it is appreciated that people were taken by force and that the policemen came to draw long weapons. It is also observed that dozens of protesters confronted the officers and shouted “what a shame!”

Organization members Reclaim and Rebuild Our Community, representing homeless people who had taken over several vacant state houses, denounced the action of the California Highway Patrol.

“On November 25 we housed families in vacant houses that have been abandoned and neglected by Caltrans. We asked Governor Gavin Newsom to tell CHP to stand down so families could shelter in place, instead allowing Caltrans to take advantage of CHP to carry out violent evictions and arrests, ”he said.

They noted that some people were evicted on Wednesday night and others on Thursday morning, amid Thanksgiving celebrations, despite protests from dozens of community activists.

They take houses from Caltrans

Homeless people have taken over several homes bought by the California Department of Transportation (Caltrans) and agency officials said in a statement that the Los Angeles homes the group broke into Wednesday are unsafe and uninhabitable for the occupants.

Caltrans owns dozens of homes in the area that were bought years ago as part of a now-failed plan to extend the 710 Freeway. Originally, Caltrans bought the homes to demolish for the freeway expansion, but that stalled in 2018 after decades. controversy.

District 14 Councilman Kevin de León said it was “inconceivable that anyone would be forced to spend Thanksgiving or any other day of the year on the street.”

He indicated that before the eviction of the people, he mobilized to get hotel vouchers for the people and other solutions to house the people.

He stated that negotiations with the state are ongoing and said that although he is aware that the houses are owned by the state government, the authorities should be interested in providing them with a safe haven rather than taking it away.

Regarding the use of force with which the evictions were carried out, De León said that those methods should not be used to apply the law.

“The images I saw last night are heartbreaking and unacceptable. Right now I am working to find permanent solutions so that more families can move safely, ”he said.

De León assured that he had already contacted Governor Gavin Newsom to make him see the need for legislation that gives the city more power to dispose of these properties.

It may interest you:

These were the details of the news Los Angeles Homeless Families Evicted | Your City Elections 2020 Los Angeles for this day. We hope that we have succeeded by giving you the full details and information. To follow all our news, you can subscribe to the alerts system or to one of our different systems to provide you with all that is new. 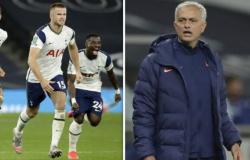 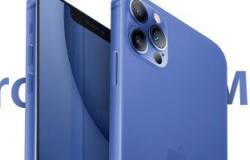