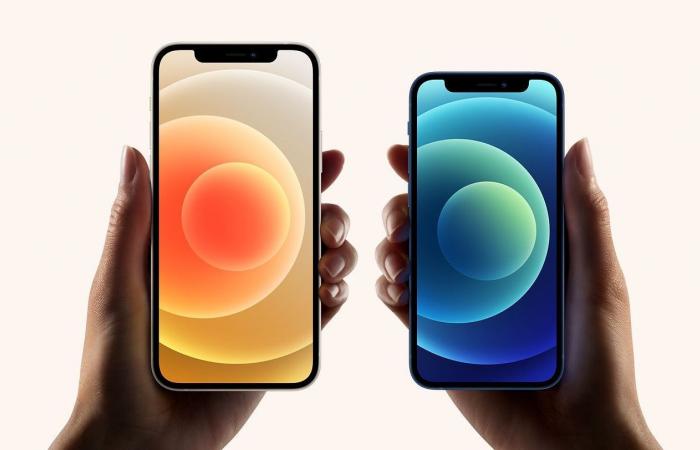 Since the release of the new iPhone 12 models, many new iPhone owners have had problems with the Messages app. There are complaints from users who don’t see text messages from friends, don’t have text messages in group chats, and don’t receive notifications when text messages come in.

It is not clear whether this is an issue specifically related to the “iPhone 12” models or whether it is a major issue with iOS 14.1 and iOS 14.2, but most complaints seem to be from “iPhone 12” – To originate from owners.
If you missed SMS messages, some text messages sent from Android devices just won’t show up MacRumors Reader FraXis describes:

But I’ve just upgraded to an iPhone 12 (from an iPhone 11 Max Pro) and I’m on a group message with my kids. One of my children is an Android user. Last night he came up to me and asked me why I hadn’t replied to his two text messages he sent to the group. I checked my “phone” and have not received any text messages from him in group chat. Then he showed me his cell phone and had safely sent it to the group.

Most people who are missing SMS messages don’t see them in group chats, but there have been reports of some standalone messages failing to deliver. From MacRumors Reader TheElmnt:

I have exactly the same problem. It seems that I have problems in group threads only when it has Android users. I’ve been so confused on our news for the past few days. None of our conversations make sense. My friends and I have just tested with iMessage and we don’t seem to have any issues with Apple users alone. I reported the error to Apple. I just noticed this after upgrading from iPhone XS to an iPhone 12 Pro. Running iOS 14.1 on Verizon. I deleted and restarted every single text message on my phone, turned iMessage off and on again. I hope it helps.

There are also separate complaints about receiving messages, but no notification is displayed. This is an issue that occurs even before the ‌iPhone 12‌ and iOS 14, as we have had previous issues with it as well. From MacRumors Reader bmac4:

I have the problem with just one person and it’s not texting. Mine is iMessage. I texted my mom last night and she updated to 14.2 on her XR. Soon after, she stopped replying to my text. I sent her another one and she said she never saw the text. Then I stopped receiving notifications at all. I had to open the Messages app and check if there was a message. Sure enough, the phone never alerted, and there was no badge, but there was a message. “IOS 14” is a total mess.

Some Verizon users have been able to resolve their SMS messages by downloading the Verizon Message + app. However, this is not a complete solution for all users and will not work for all non-Verizon users. One reader also had success resetting network settings (Settings> General> Reset> Reset Network Settings) but that didn’t work for others. Shutting down 5G doesn’t seem to be a solution either.

This is likely an issue that carriers will need to fix with updated firmware or that Apple will need to fix in an upcoming software update. It appears to be an issue in both iOS 14.1 and iOS 14.2, and it’s too early to tell if iOS 14.3 is affected.

Are you having problems receiving some messages on the iPhone 12 and 12 Pro models? Let us know in the comments.

These were the details of the news IPhone 12 and 12 Pro users complain of missing SMS text... for this day. We hope that we have succeeded by giving you the full details and information. To follow all our news, you can subscribe to the alerts system or to one of our different systems to provide you with all that is new.