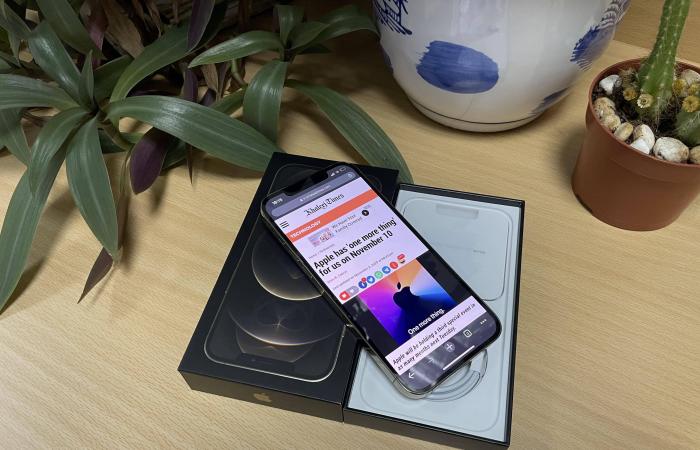 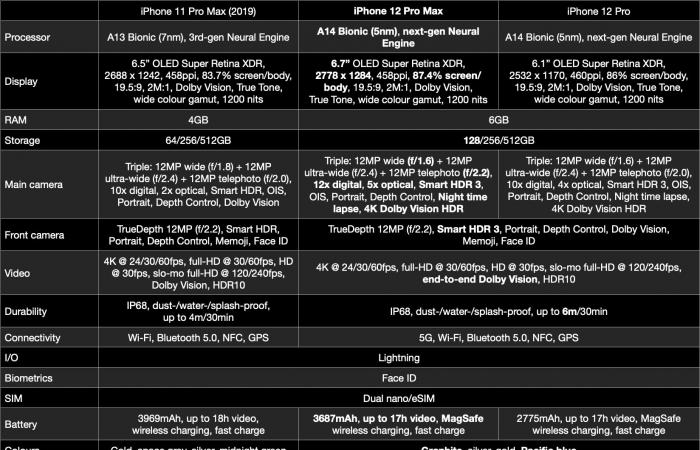 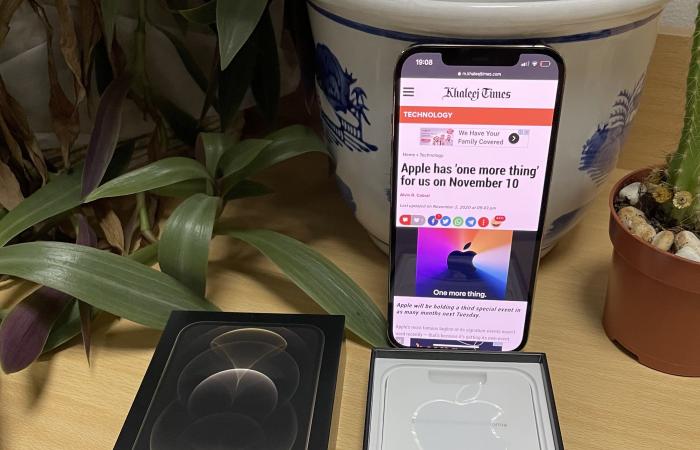 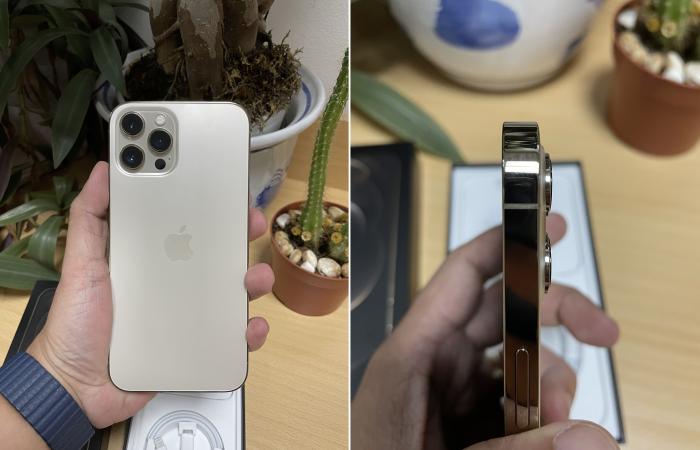 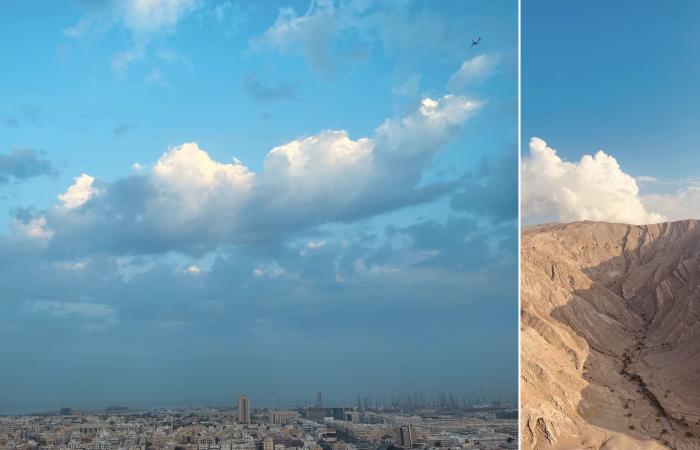 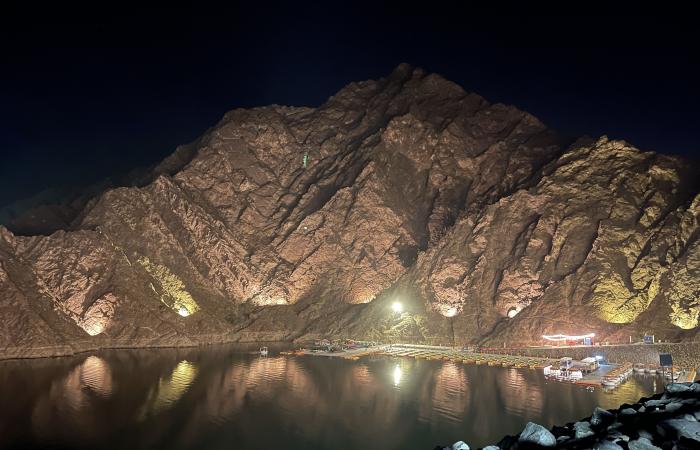 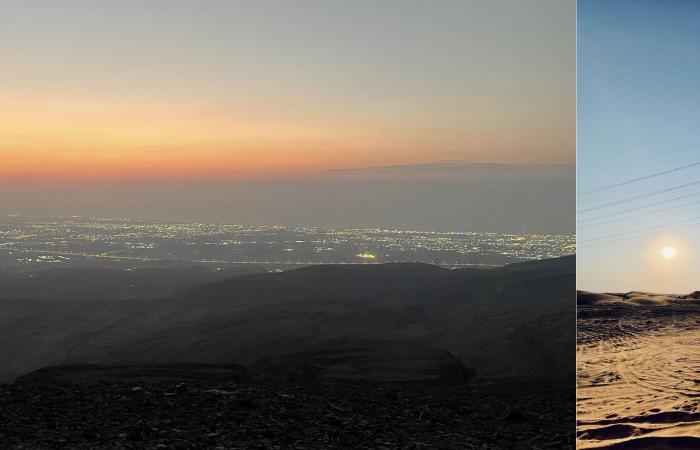 Thank you for reading the news about REVIEW: Apple iPhone 12 Pro Max and now with the details

Aden - Yasmine El Tohamy - Well, Apple's been busy as of late, which in turn is also keeping us occupied. As we all know, they launched four new iPhones last month, and we've already investigated Nos.1 and 2 not so long ago.

And No.3 has finally landed in our hands: The iPhone 12 Pro Max (No.4 and the little brother of the lot is that cute iPhone mini). Remember that Apple split the launches, with the 12 and 12 Pro going first, and the 12 mini and 12 Pro Max catching up.

And just like those before it, you know this Max model is the cream of this year's iPhone crop, so you kinda know what to expect. Let's do this. 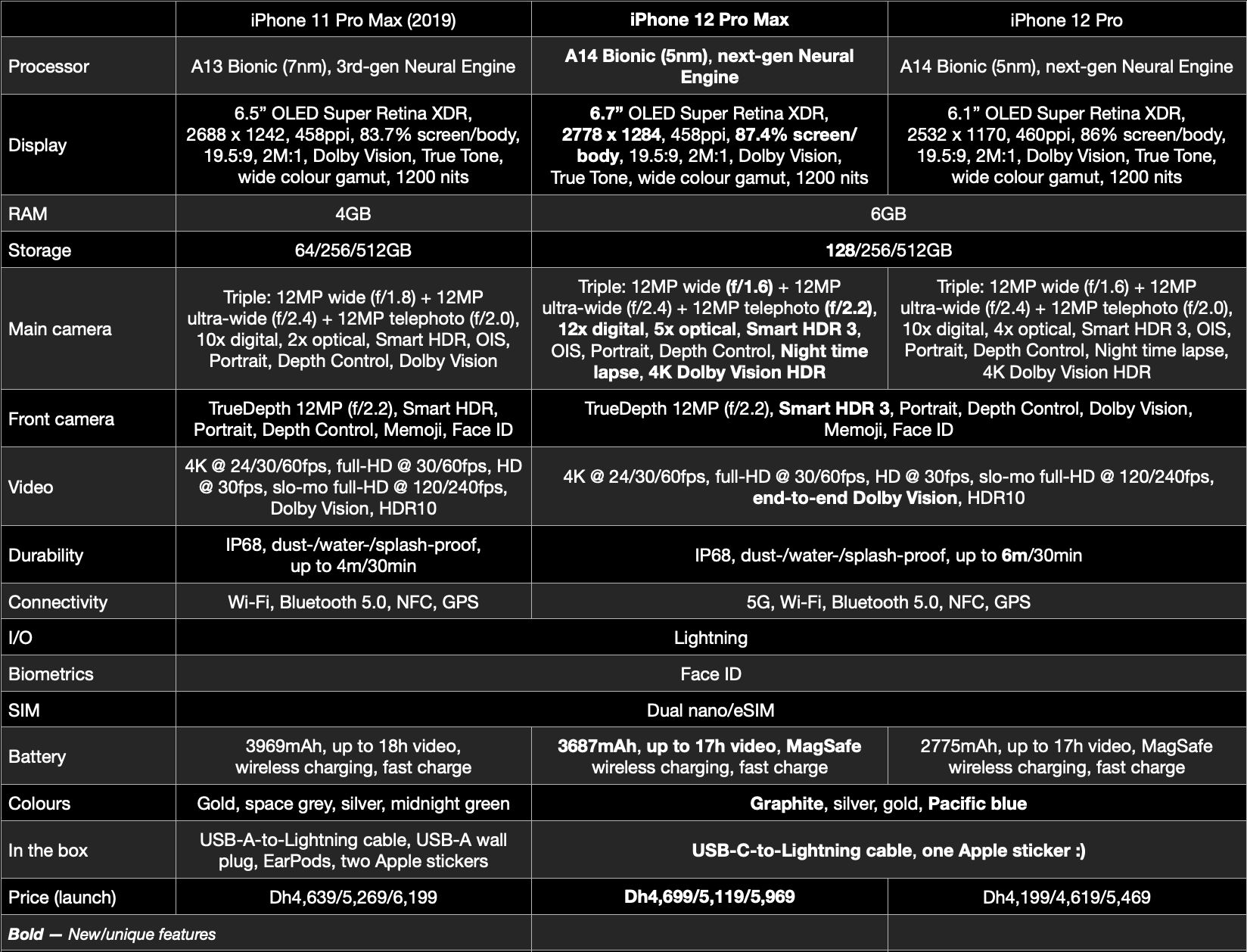 Notice we included the 12 Pro to show you what they share; save for the obvious display difference and certain camera specs, along with a handful of others, the Max version is, much like the Plus before it, the meanest and baddest machine in this year’s iPhone cycle.

At 6.7 inches, the iPhone 12 Pro Max is the biggest iPhone ever. Not surprisingly, Apple again was ‘late’ in maxing out its screen size; other phones already had a head start in these biggies even when the XS Max was launched a couple of years ago. 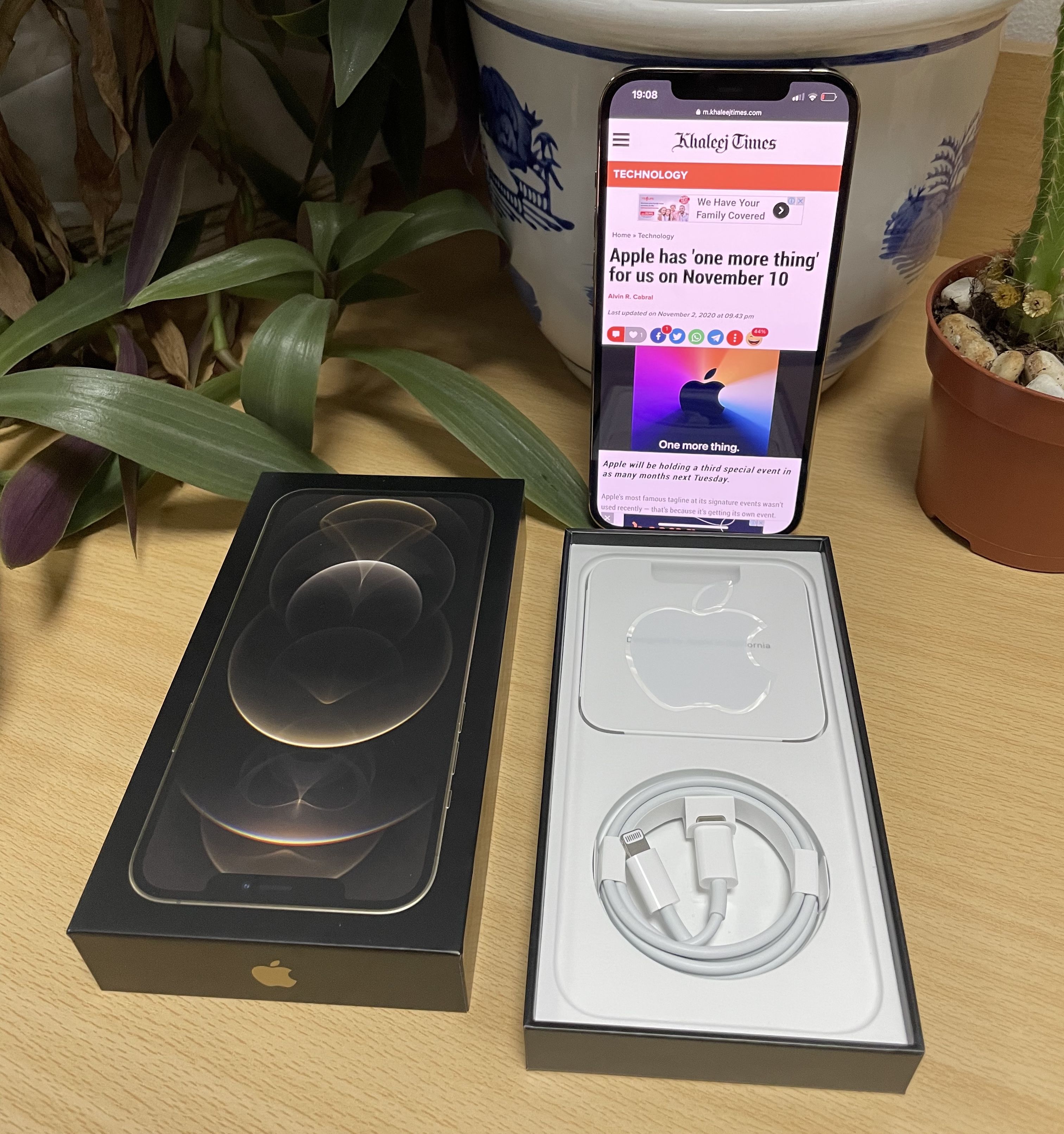 Could it be a calculated move by Apple? The return of the classic, flat-edged finish last seen on the iPhone 5 devices is certainly a head-turner, and nudging up to 6.7 inches only magnifies that look. 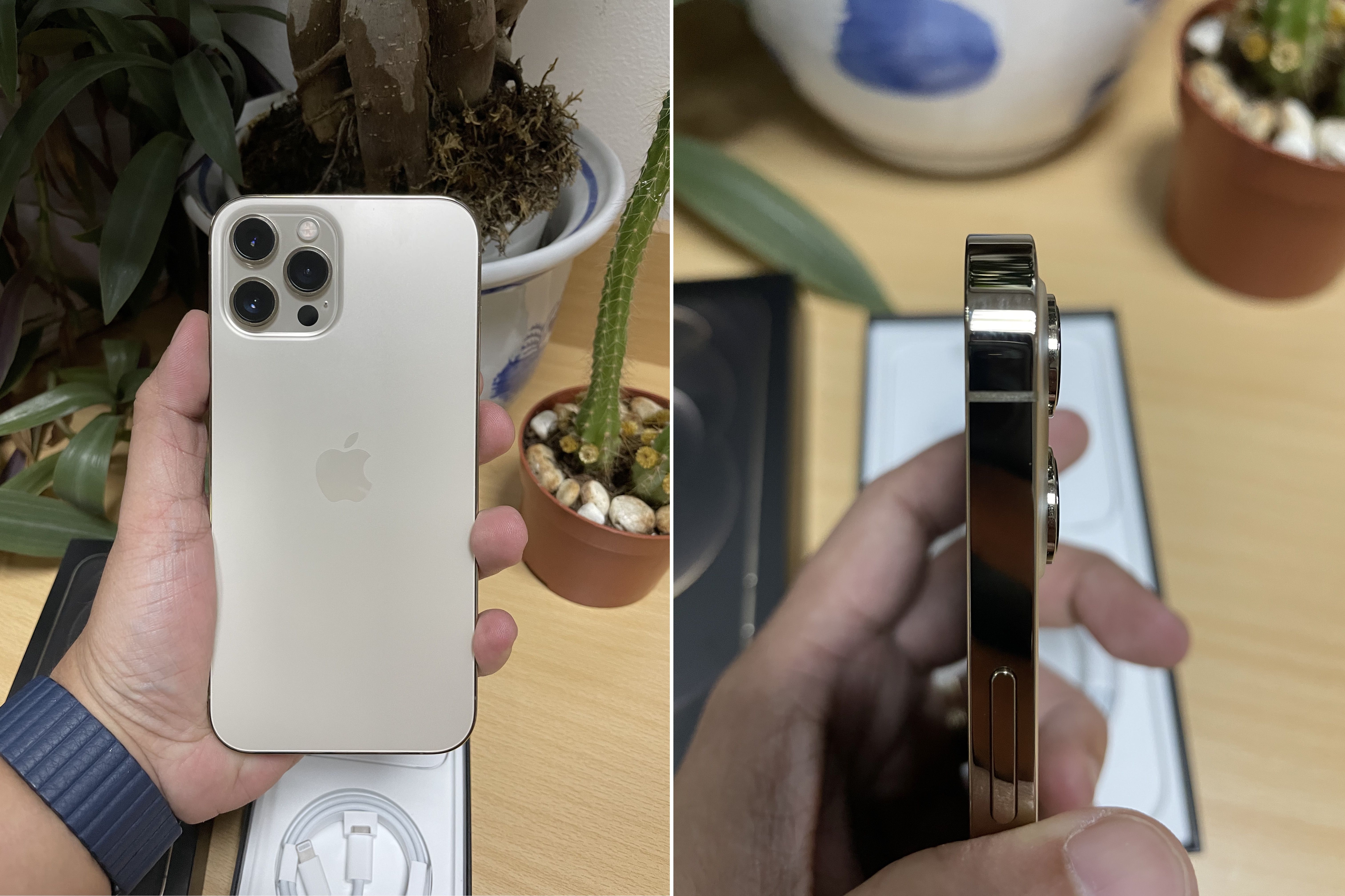 Just like the rest of the iPhone 12 line-up, you will find the buttons in their usual places, with the SIM card tray also shifted to the left (for the uninitiated, iPhones don’t have a provision for SD cards, ever). You’ll have four finishes to choose from — graphite, silver, gold (the one we have) and the spanking-new Pacific blue; of these four, just as we pointed out in our 12 Pro review, the Pacific blue variant is not just clean and sleek, but it also gives the iPhone 12 its own unique identity, much like what midnight green did for the iPhone 11.

And speaking of identity, the flat-edged design indeed returns that to the iPhone. When Apple shifted to a rounded finish starting with the iPhone 6 six years ago, it did bring a fresh look, but did inevitably make it look similar to most other smartphones in the market. Nostalgic to some, a whole new experience to others if you started using Apple's smartphones with the iPhone 6.

It's a hairline bigger compared to the 6.5-inch 11 Pro Max, which is practically negligible. Still, and as we pointed out, the 'new' look is well-detailed in its entirety. 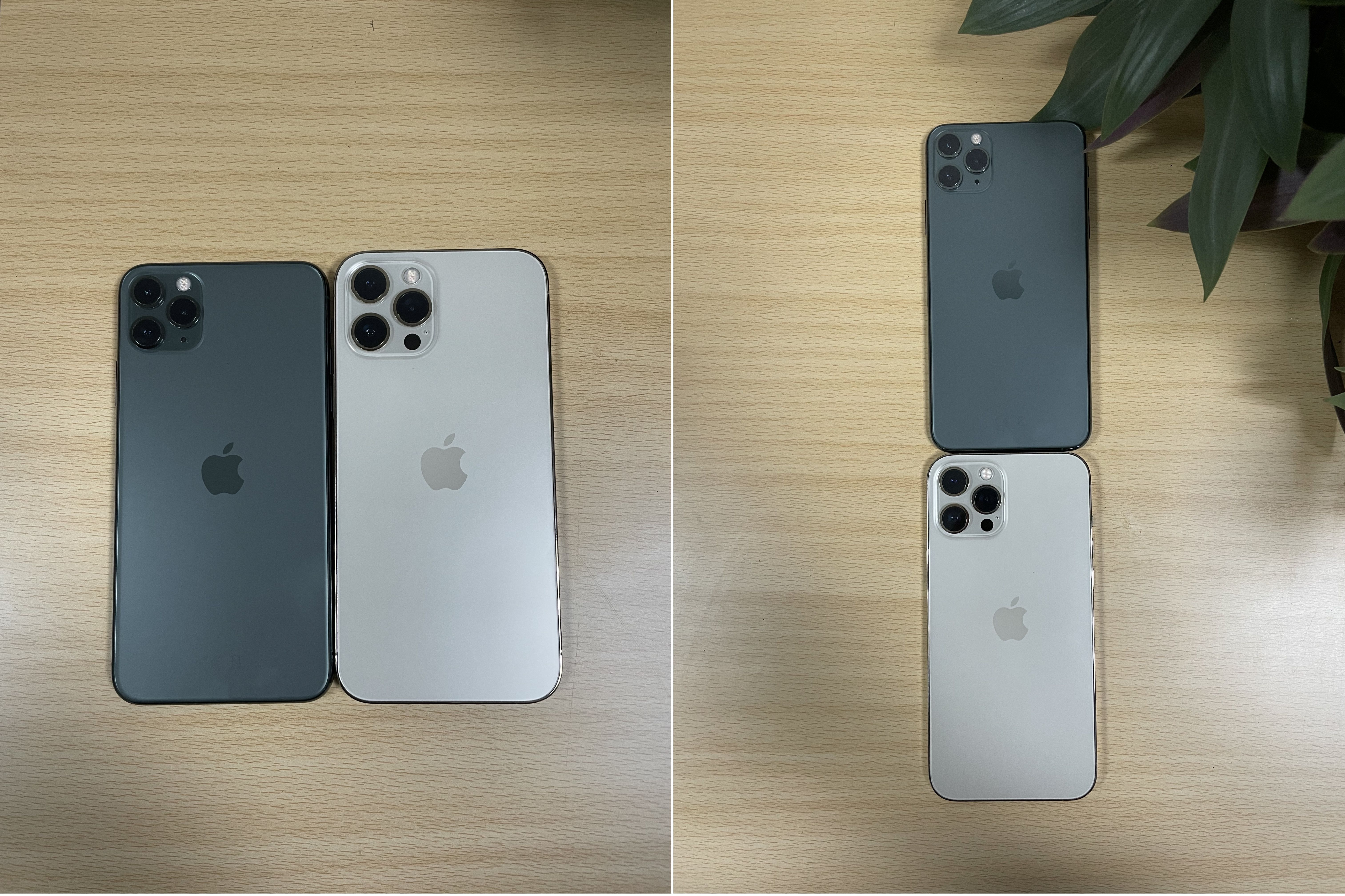 One minor thing on those buttons: Compared to the previous models, the mute switch, volume buttons and power button have all slid down a bit. If you’ve been using iPhones in recent years you may find yourself adjusting to their slightly new positions, just like what yours truly experienced.

Depending on how big your hands are, it’s a hit-or-miss; personally, they’re now more accessible now that my thumb now rests on the volume-up button when it’s in landscape mode; I don’t have to contort my thumb to the left if I need to reach the mute switch.

We've made some references to our review of the iPhone 12 Pro, given that it shares a number of similarities to the 12 Pro Max, and this is one of them.

We can't highlight enough the A14 Bionic chip — which is the motor running the entire iPhone 12 series — but instead of pointing you to our 12 Pro review, we'll refresh your memory: The world's first 5nm chip on a mobile, 11 billion transistors inside it, up to 50 per cent faster performance and graphics, a new Neural Engine that can crunch 11 trillion processes in one second and enough swag to challenge even laptops.

In other words, Apple has made good again on its promise for a smooth experience; iOS 14 has also indeed been a big reason for this. But to get into more specifics, the phone didn't show any signs of lag, didn't heat up when used with gusto and responded well to anything you did to it.

Not to forget, it's made of material four times more durable, making it four times less to break when it drops. Of course you won't fall for our 'drop test' (if you read the 12 Pro's review), but given the improvements in all smartphones overall, we're may considering such a test in the future (pretty bold statement for an over-caring device owner).

From a bird's-eye view, the 12 Pro and 12 Pro Max share the same camera set. But look closely and Apple flashed (pun a bit intended) some upgrades on the latter.

And not to forget the 12 Pro Max's biggest difference-maker: 87 per cent better performance in low light. Now keep in mind that this doesn't exactly mean you'll see lights explode in dark situations — this is an overall improvement, from lighting to detail.

To help drive those points, we enlisted the help of Altamash Javed, a Dubai-based Pakistani photographer whose one snap was among the top five in Apple World Photography Day 2019.

And there's one thing we completely agreed with him: The iPhone has already proven itself in good lighting conditions, so its best "challenge", as he puts it, is using it at night. But let's start off with some day shots. 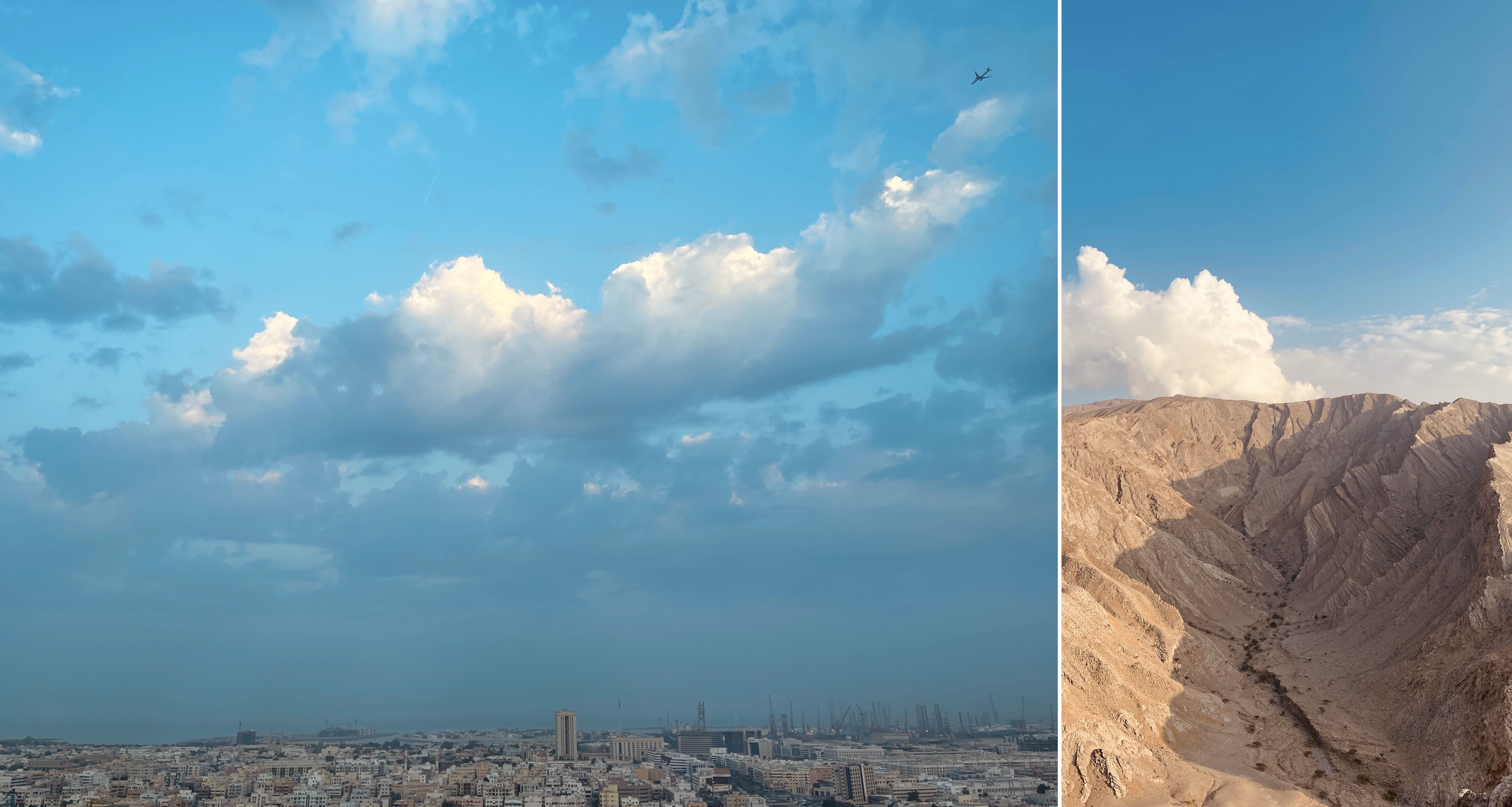 Good detail and no overexposure, giving once again a natural feel to the snaps.

Compared with an actual camera, Javed says in good lighting conditions, he could easily do a side-by-side test with similar edits and have it very difficult for the viewer to distinguish between them.

Okay, we can't wait to get to the night shots. 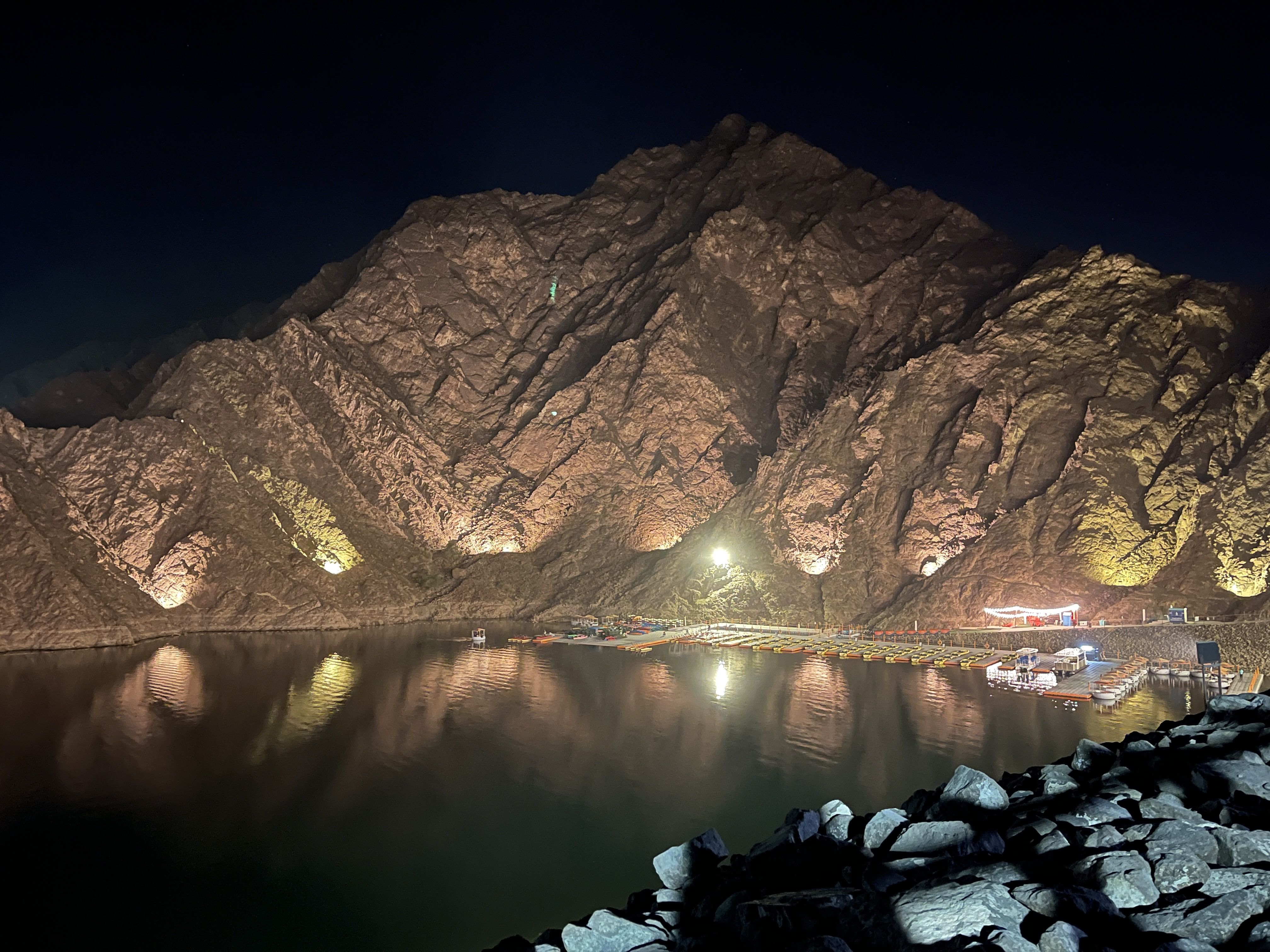 That's one nice snap, with the lights on both the foreground and background giving good detail to those it shines on.

"Personally, I didn’t want to just shoot in good lighting conditions. So I really challenged myself by doing most of my shoots at night," he said, adding that night mode is "definitely improved". 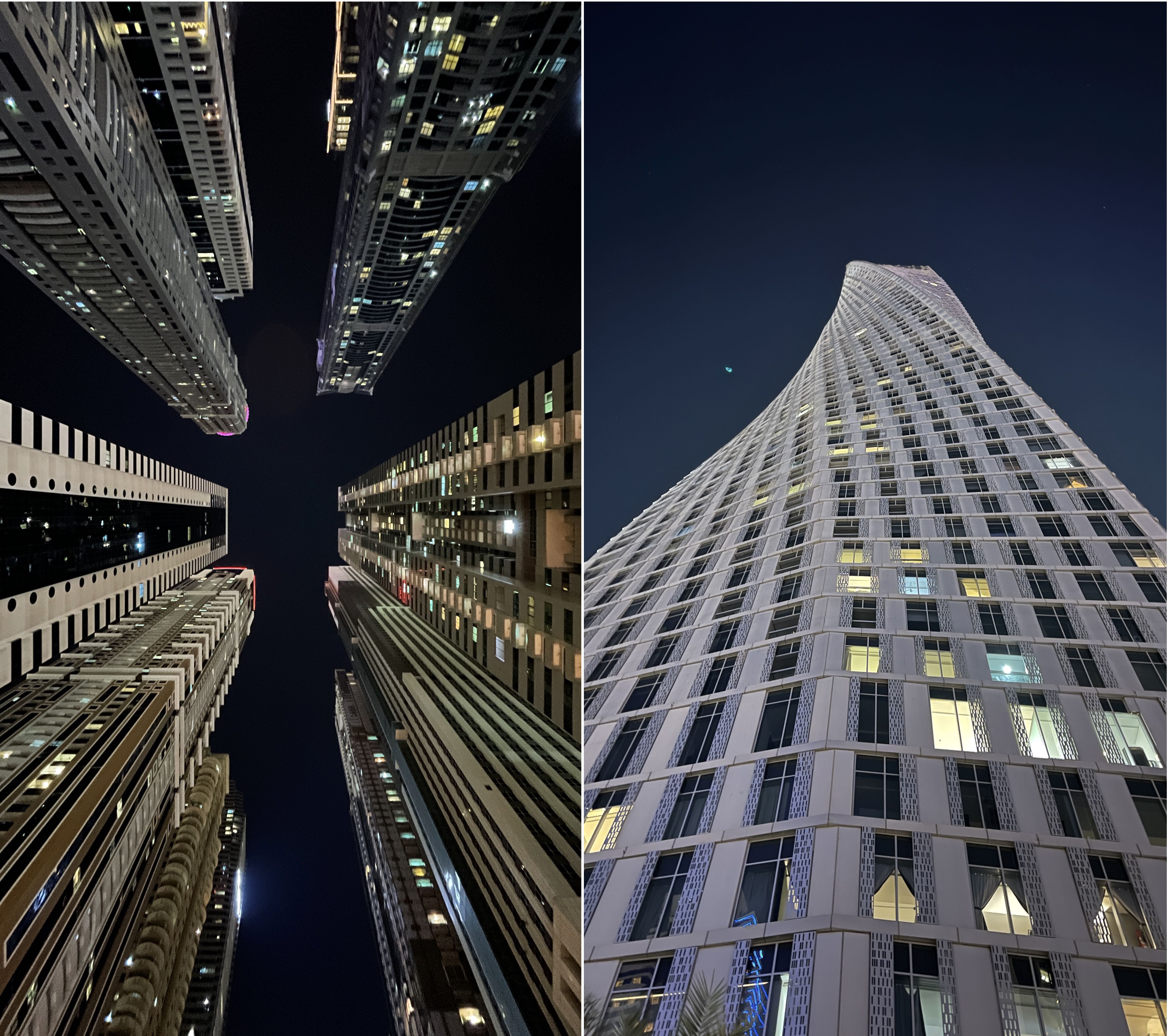 Good lighting on the foreground there, but on the second pic there's a little overexposure in the sky — a hit-or-miss, depending how you'd want to interpret a scene. Overall, though, it's still a good snap.

Javed's optimistic that it's just a matter of time before smartphone cameras can actually challenge DSLRs and the like.

"Only with a much larger sensor are we going to start challenging full frame cameras on resolution and low light conditions. You never know, it may be soon given the rate of improvement," he added.

Which makes us wonder... what do you think Apple is doing behind the scenes when it comes to their next cameras? Technically, iPhones are nowhere near the humongous sensor sizes and zoom rates other brands already have on offer; what do you think?

Here's one more set from him, this time at dusk.

Not to be outdone ourselves, we went out on a drizzling evening to give the 12 Pro Max's camera a test run too.

Those two shots are well-balanced, if you take the lights and wet ground into consideration.

One of Apple’s usual benchmarks for battery life is the number of hours it can last for a video; on the 12 Pro Max, that’s at 17 hours, which is technically an hour less than the 11 Pro Max. It's important to note that its battery is also a bit smaller, 3687mAh versus its predecessor's 3969mAh.

That decision is probably because Apple has prioritised optimised performance over battery length. That could be a wrinkle to a number of users (particularly the geeks), but this vertical all depends on how you use it.

Which we found out up close and personal. On a normal, non-trigger-happy camera day, the 12 Pro Max has enough juice to last you two full days — that is, two AM-to-PM runs — which is impressive. Mix it in with some extended use — games, videos, etc — and you’ll still have enough to go through a day-and-a-half.

Now, if you go gung-ho with the camera — just like what we found out during our tests above — the battery will be sapped quite quicker. Observing this, we noticed that it tends to lose about 10-15 per cent in about 20-30 minutes, depending of course on how much you stress it out. Understandable, since the camera is one of the most workhorse apps anywhere; keep an eye on that especially if you're running low on power and a world away from your charger.

And onwards to our charging tests. We have two runs here, one for wired and wireless: For the former, we used, once again, a 30W Apple charger (remember, the 12 series doesn't come with wall plugs) with the out-of-the-box USB-C-to-A cable, and the all-new MagSafe charger for the latter. Keep in mind that it was charged switched on since we can't see the battery levels when it's off (though it was in aeroplane mode).

The statistics we discovered was quite expected, given the fact that the 12 Pro Max is way bigger and, consequently, saps more power. Verdict: Wired charging is acceptable since it fills you up over four-fifths of the way; wireless, well... there's quite some work to be done to improve its speed.

Apple pulled out all the stops with the iPhone 12 Pro Max, from its solid throwback design to significantly-improved innards and, of course, what everyone seems to be looking for in smartphones these days, cameras. It's huge and a bit heavy, which will be an issued for those with smaller hands. But for those who'll be able to handle it (literally), it's a big device that will well suit your needs for just about anything.

Its starting storage of 128GB is also good, but there will still always be those who will take issue with the lack of expandable memory (that's what iCloud is for, remember?). But it can be argued that now that Apple has positioned the iPhone as a go-to machine for a cinematic experience — end-to-end, as they've described it — it could be about time that Apple consider this option; video content, especially and obviously when you go higher-resolution, will need more space, and there would be times when you'd need your content in a jiffy.

Some will also argue that the ditching of the wall plug and EarPods doesn't do justice to its price tag (do the math), while others will point to the innovation that was put into it, essentially cancelling each other out. We're curious to see how this pans out.

These were the details of the news REVIEW: Apple iPhone 12 Pro Max for this day. We hope that we have succeeded by giving you the full details and information. To follow all our news, you can subscribe to the alerts system or to one of our different systems to provide you with all that is new.