Reusable paper bags are a better option for the environment 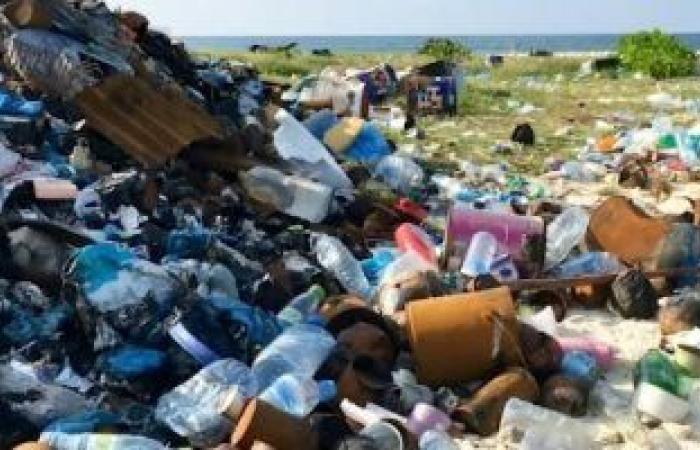 The reasons for dispensing with plastic bags and replacing them completely with paper bags are increasing, after the accumulation of plastic waste has turned into a threat to the environment around the world, and many governments, municipalities and institutions around the world are seeking to make the right choice, which reflects the rise in collective awareness of the need to take into account the environment and preserve the planet. With this framework, Bellroadcorns and AB Group Packaging, which specializes in packaging materials, launched a production line for reusable paper bags and launched the product in the UK market.

Veronica Felkner, Sales Manager at Bellrodcorns, said in a statement: “The importance of reusable paper bags lies in the raw material (fiberform), which represents an alternative solution to fabric bags, because of their durability, and despite their long-time availability in the market. Its features have not been fully utilized yet, and we are endeavoring to develop many products using them, to become an alternative to less sustainable materials and solutions, to help reduce the amount of plastic and aluminum in many products.

Lab tests showed that the paper bags can be reused more than once; Felkner pointed out that the company tested one bag until it was torn, taking 43 use cycles, that is, carrying it about 860 times with a weight of 16 kg, in addition to its compatibility for all types of weather.

The move to paper products and dispensing with plastic bags remains slow due to the high cost, strength of the plastic industry, and some misconceptions that papers are weak and have a greater impact on the climate.

Humans consume about 78 million tons of plastic materials, and 32% of it ends up in our water, equivalent to a complete garbage truck every minute, and according to a scientific study published in 2017 in the journal Science, the amount of plastic consumed in India is discarded by throwing it in Ocean waters, the country ranked 12th out of 192 countries studied in 2010. China ranked first in the same list, while the United States was ranked 20th. Another study, published in the same year, stated that 75% of Britain’s beaches were contaminated with deadly plastic waste.

In recent decades, humans have caused great damage to marine life, irreparable because of their loss of control over plastic waste, and although the current situation is difficult, it can be faced. According to Lisa Sevenson, Director of Ocean Affairs at the United Nations, who believes that the cooperation of governments, companies and individuals worldwide to reduce pollution from plastic waste will preserve the life of organisms in the oceans.

Sevenson said, “This is a major crisis on the planet.” It is not only Sevenson who feels the danger, but is supported by the majority of experts and specialists, who are calling on every occasion to implement stricter international measures against pollution resulting from plastic waste.

Global interest is increasing in innovations aimed at curbing the use of plastics that are abundant in landfills, forests, deserts and oceans, and in vast quantities of waste manufactured from crude oil that take centuries to degrade.

Global reports indicate that simple changes in the policy of using plastic will make a big difference in favor of the environment in the outcome, and the ban on plastic bags in the two largest chain of stores in Australia in the middle of last year led to a decrease in the country’s total consumption of plastic bags by 80%.

And the European Union voted in October 2018 to ban permanently single-use plastic by 2021.

The ban was not limited to developed countries, as India imposed in 2017 a ban on the use of single-use plastic in the capital, New Delhi, and in 2017, Kenya issued one of the strictest laws in the world banning the use of plastic bags that have turned into an epidemic in the country, reaching the penalty for violating The law amounts to $ 38,000 and imprisonment of up to four years / The ban includes the use, import or manufacture of plastic bags, and Sicily is currently seeking to become the first Italian city to be free of plastic.

Researchers and institutions are currently busy trying to find a successful solution to eliminate a huge garbage block the size of Texas in the Pacific, and their efforts have yet to bear fruit. The hope remains that researchers will find creative solutions. These include recycled plastic pathways, plastic-eating larvae, and other ambitious innovation and research.

These were the details of the news Reusable paper bags are a better option for the environment for this day. We hope that we have succeeded by giving you the full details and information. To follow all our news, you can subscribe to the alerts system or to one of our different systems to provide you with all that is new.