Huawei may launch its Swansong high-end phone in the domestic Chinese... 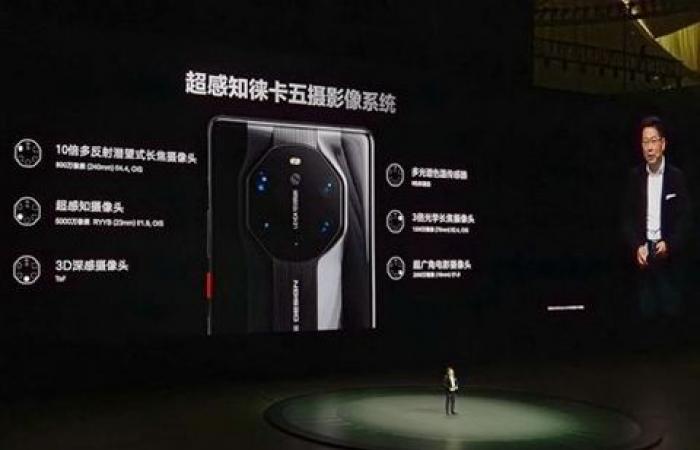 Contested Huawei Technologies Co. Ltd. unveiled its latest flagship smartphones, the Mate 40 series, for mainland China, although models were expected to be in short supply and could be the last of its premium line due to US sanctions.

The four new Mate 40 models, which range from 4,999 yuan ($ 747) to 12,999 yuan, all use chips from Huawei’s proprietary Kirin series with 5-nanometer technology. Three were sold in China on Friday.

However, Huawei fans may find it difficult to buy the new phones because the supply is limited. On Friday evening, the first batch was sold out shortly after the online sale. Other lots were released over the weekend, and buyers could also register online for certain models and wait for an “invite” to order.

Huawei is doing everything it can to resolve supply issues, said Richard Yu, head of the company’s consumer division, at an event in Shanghai on Friday. “After three rounds of US sanctions, a lot of our products are out of stock and a lot of people ask me if the consumer business can survive. I’m telling you, no matter how difficult it is, we will keep business going. ”

The same phones were introduced in Europe last week. This was the first release after the company was officially cut off from major chip suppliers due to a wave of US sanctions against American and non-American chipmakers. Orders for the Mate 40 phones overseas have exceeded supply and Huawei is increasing production, Yu said at the event.

A number of US measures have banned all US and non-US companies capable of manufacturing chips needed for Huawei’s high-end phones from supplying those chips to the company. After the last bans announced in May and August came into effect, Huawei cannot sell its Kirin chips with contract chip maker Taiwan Semiconductor Manufacturing Co. Ltd. (TSMC) still manufacture commercial chips from chip manufacturers such as Qualcomm Inc. and MediaTek Inc. Buy.

The impact of the sanctions resulted in Huawei smartphone shipments declining 22% year over year in the third quarter as the company awarded its title as the world’s leading smartphone maker to Samsung Electronics Co., according to new data released Thursday. Ltd. lost from market research company International Data Corp. (IDC).

Some chipmakers saw their sales spike in the third quarter as Huawei bought large quantities of chips before a U.S. ban went into effect on September 15 that banned all third-party chipmaker sales using American technology. Taiwan’s MediaTek reported that third-quarter sales rose 44.7% year over year to a record NT $ 97.3 billion (US $ 3.4 billion) and net income nearly doubled.

MediaTek estimated that fourth quarter sales would decrease 8% compared to the third quarter as Huawei orders disappeared. However, the company said that losing Huawei as a customer would not have much of an impact on its business as many other companies in mainland China are also making 5G phones.

“China’s 5G smartphone market is huge and we previously estimated that 5G cell phone sales in China would reach 120 to 130 million in 2020,” CEO Rick Tsai said at a briefing on Friday.

Huawei is believed to be rationing its current supply of chips due to limited quantities and its inability to get more. At the same time, it is also pulling back quickly in markets outside of China, as US sanctions have forced it to cut ties with Google, the maker of the Android operating system that powers most Huawei phones. While Huawei continues to install a free version of Android, none of its new phones can feature popular Google programs like the Google Play App Store or Gmail.

As the smartphone business wanes, it is turning to other consumer products to make up for some of the losses. Several new products were unveiled at the Friday event, including a wireless headset, smartwatch, and smart speaker.

The demand in China for such devices and televisions is great. So Huawei’s next task is to update stores across the country so that employees become more familiar with such products, which can fill some of the void created by falling smartphone sales, the president of the consumer division in Greater China told reporters after the event.

The company is also striving to create a “not made in America” ​​supply chain that does not require US-made technology, with a target date of 2022 or earlier to reach this milestone, Caixin previously reported. This supply chain will not be able to make the latest chips for Huawei’s top performing smartphones, although chips could be made for many of its other products.

Download our app to get the latest news and read the news on the go.

You accessed an article that is only available to subscribers

These were the details of the news Huawei may launch its Swansong high-end phone in the domestic Chinese... for this day. We hope that we have succeeded by giving you the full details and information. To follow all our news, you can subscribe to the alerts system or to one of our different systems to provide you with all that is new.