Can we do open science on Zoom? 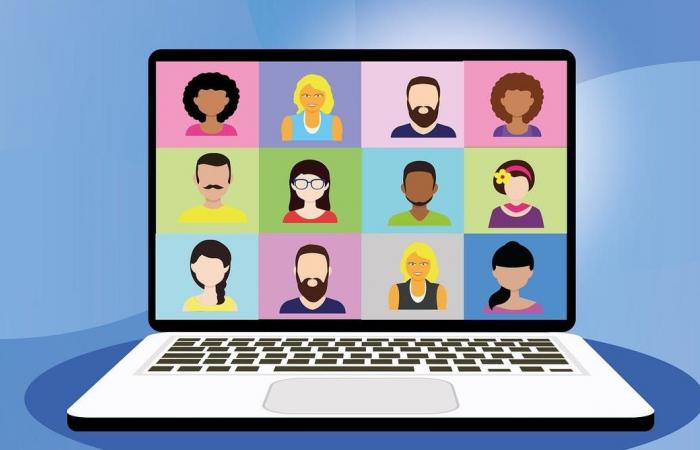 At the height of the coronavirus pandemic, several major publishers had the idea of ​​opening up access to scientific literature for all, a gesture applauded both by the community and in the media.

Yet free access to literature does not equate to open literature. Deciding unilaterally to temporarily remove barriers and put them back unilaterally later is more like a readership technique – a technique popular with software vendors.

At its origins, free software

Indeed, this is a good example of the ambiguity of the term “open science”. It’s also a good way to remember that open science and open access draw their inspiration from the free software movement. This movement began in the 1980s in reaction to commercial practices of proprietary lock-in coming precisely from the computer industry, and more particularly software.

The 1980s indeed correspond to the irresistible rise of Microsoft. The extermination of the operating system OS / 2 from IBM by the Windows of Microsoft marks a turning point in the history of computing: it is the moment when the software industry becomes more important than that of the hardware. This event also marks the success of Microsoft’s “embrace, extend, extinguish” method at the expense of IBM, a business strategy at odds with free software, when the Free Software Foundation was establishing its principles.

For science to be open, it is reasonable to think that it would have to use open software. However, being completely open is not that simple. As anthropologist Chris Kelty has shown, each of the links involved in the activity should be open so as not to risk any form of enclosure (open scientific software, open operating system, standard hardware, open protocols, file formats open, neutral internet, etc.). We can have a defeatist vision: there is a form of the unattainable absolute. We can have a vigilant vision: every part of science, every piece of software that could be free but is locked up by a company represents a defeat.

The victory of Zoom and Microsoft Teams

At the same time that the literature has been so generously made temporarily accessible, the pandemic has made videoconferencing crucial in scientific circles and the existing free solutions put in place by national structures (such as Rendez-vous Renater) have been shattered in front of the importance of demand (the increase in demand increases the need for bandwidth and therefore for infrastructure). It precipitated the French universities towards solutions opposite to the free one: many of them opted for Zoom or Microsoft Teams.

Video conferencing has become strategic in the sense that all of a sudden this medium has transformed into an essential reality for thousands of people who had a blurred vision of it until early 2020. It is at the same time a tool allowing to imagine new ways of teaching or of communicating between researchers, but it is also, like the MOOCs in their time and like teleworking, a tool which precarious the conditions work in teaching and research. It is also a software, that is to say a device incorporating values ​​in it, and which shapes its users: for example, using Teams videoconferencing means conforming to Microsoft’s vision of what is a conference, that is to say a software intended to captive the users inside the Microsoft environment.

To be able to communicate between scientists at the time of the connected computer: this is historically how the conception of electronic mail was born, the last non-proprietary messaging protocol that remains, a means of communication born from the mutual acculturation of computer engineers and scientists. Forty years later, scientists have abandoned their professional communication (like mailing lists) to proprietary systems (like researchgate) that offer promotional services in exchange for data harvesting. Communication between scientists has many other facets, in addition to publications. Video conferencing is increasingly part of it. Again, scientists are becoming passive users.

Many articles have already been written about Zoom’s propensity to harvest and use personal data without consent. For its part, Microsoft’s strategy of acculturation through lock-in is notorious. All French childhood and youth are programmed to use Windows, Office, Outlook thanks to Microsoft’s stranglehold on national education in general indifference.

It would have been possible to invest for the scientific community in a free solution guaranteed by a national infrastructure (at the scale of a country, the cost is low). This is even the role of Renater, the national network. In fact, Renater has for several years created services in this direction based on free software. Rendezvous Renater is based on Jitsi for example. But for that, the state still has to provide resources for its national infrastructures. At a time when French universities are turning to Gmail for their academic email service because Google is offering them for free what Renater is forced to charge them dearly, one can be pessimistic. As for the public hospital, infrastructural decisions are dictated by the disengagement of the state and the demand for profitability.

Open science in a proprietary format is a bit as if the proactive “national open science plan” of the French state was drafted in Microsoft Word or Google doc. Its brochure, in any case, was produced under Adobe Indesign for Macintosh – the PDF metadata tells us that.

These were the details of the news Can we do open science on Zoom? for this day. We hope that we have succeeded by giving you the full details and information. To follow all our news, you can subscribe to the alerts system or to one of our different systems to provide you with all that is new.