Thirteen people infected on one flight resulted in 59 cases 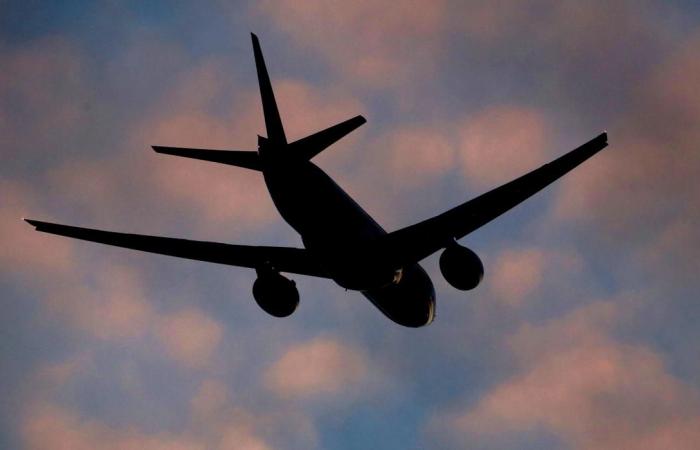 An outbreak of 59 cases of Covid-19 across the country emerged after 13 people, including a one-year-old child, contracted the disease on an international flight to Ireland that summer.

The passengers were on the same flight, which had flown to Europe via an international airport from three different continents. The virus then spread to 46 other people.

Four passengers were hospitalized, one of whom was admitted to the intensive care unit.

A study by Eurosurveillance, a medical journal from the European Center for Disease Prevention and Control, found the laboratory-confirmed cases in six of the country’s eight different health regions. The seven and a half hour flight had a passenger occupancy of 17 pieces (49 of 283 seats) with 12 crew members.

The research paper refers to passengers as Groups 1, 2, 3, and 4 and states that Group 1 spent up to 12 hours overnight in the transit lounge during a layover. Group 2 shared a separate transit lounge, while Group 3 and Group 4 had separate general waiting times of less than two hours in the general departure area of ​​the airport.

The age of the 13 cases ranged from one year to 65, with an average age of 23, according to the report.

“Of 12 symptomatic flight cases, coughs, runny nose, fever and sore throat were reported, and six reported loss of taste or smell,” the report said. “No symptoms were reported for any of the passengers,” it said.

A national outbreak control team, including the ministries of public health and the National Contact Point, was then set up to “investigate, identify and interview cases, monitor contact tracing and establish control measures”.

“Passengers in close contact were defined as having two seats in each direction from the first reported cases. They were first tracked and the cabin crew underwent a risk assessment to see if they were classified as close contacts of the cases or if they had an illness. “Found the study.

Another 15 passengers tested Covid-19 “not detected”, one passenger refused tests and the remaining 11 passengers were not available.

“For these 11 passengers or the crew there was no data available regarding symptoms and subsequent illness. Based on the risk assessment, crew members were advised to quarantine for 14 days. A warning and information letter was sent to all passengers, “it said.

The study also found exposure opportunities for these cases, including in-flight, during night transfer / pre-flight, or an unknown pre-flight detection.

“The incubation period for Covid-19 can only be two days, so with this outbreak there is the potential for in-flight / airport transmission.”

The medical-compiled report made a number of recommendations, including “If a positive case is linked to a flight, quickly tracing flight contact can prevent it from spreading”.

Last night, an HSE spokeswoman said: “Given the current national and international situation, it is safest not to travel abroad.”

These were the details of the news Thirteen people infected on one flight resulted in 59 cases for this day. We hope that we have succeeded by giving you the full details and information. To follow all our news, you can subscribe to the alerts system or to one of our different systems to provide you with all that is new.