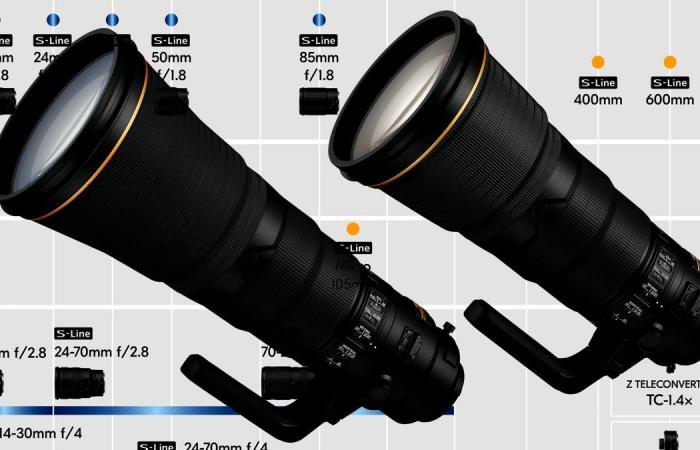 Nikon has released a new, updated version of this roadmap for the ever-growing range of Z-mount lenses. The new schedule for the lens range of its mirrorless cameras was quietly released at the same time as the official announcement of the Nikon Z 6II and Nikon Z 7II earlier this week.

New to the line-up are 400 mm and 600 mm supertelephotos and a second 85 mm portrait prime. No further details are available on the specification of these new lenses – or any indication of when they might come. But the fact that they’re being teased now would suggest we’ll see them sometime next year.

We’d guess the Supertelephotos are “long tom” models with professional specifications delivering 400mm f / 2.8 and 600mm f / 4 found in the standard arsenal of professional sports and wildlife photographers . This would also be linked to rumors of an upcoming full-screen professional mirrorless model – possibly referred to as the Nikon Z9 – which is said to be available next year with 8K video capability and 46-megapixel stills at up to 20 frames per second.

There’s always a chance Nikon will borrow the approach Canon recently took with the introduction of the Canon RF 600mm f / 11 IS STM and the RF 800mm f / 11 IS STM – which offers affordable super telephoto primes for the masses (Retailing under $ 1000 each).

The specification of the new 85mm lens is probably easier to identify. Nikon already has a Z 85mm f / 1.8 S on offer – which would make us pretty confident that its companion will be a Z 85mm f / 1.4 S – that offers the larger maximum aperture than a professional portrait .

16 lenses are now available for the Nikon Z mount. Another 11 are promised on the updated Z-Lenses roadmap.

There are now five full-frame camera models in the Z range and the Nikon Z50 in DX format.

These were the details of the news The new roadmap for Nikon Z lenses offers 600mm and 400mm... for this day. We hope that we have succeeded by giving you the full details and information. To follow all our news, you can subscribe to the alerts system or to one of our different systems to provide you with all that is new.