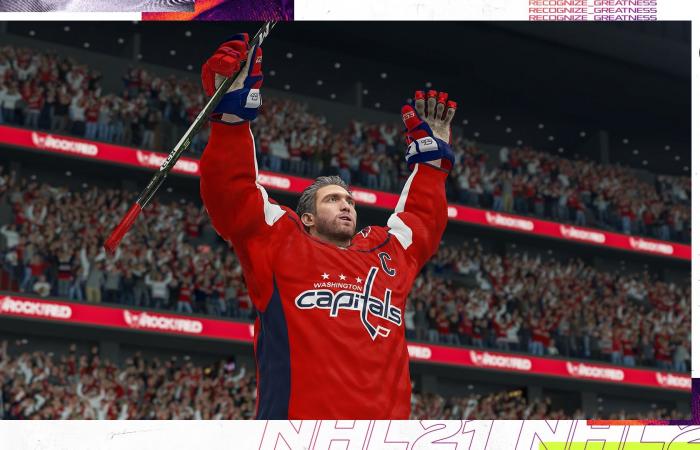 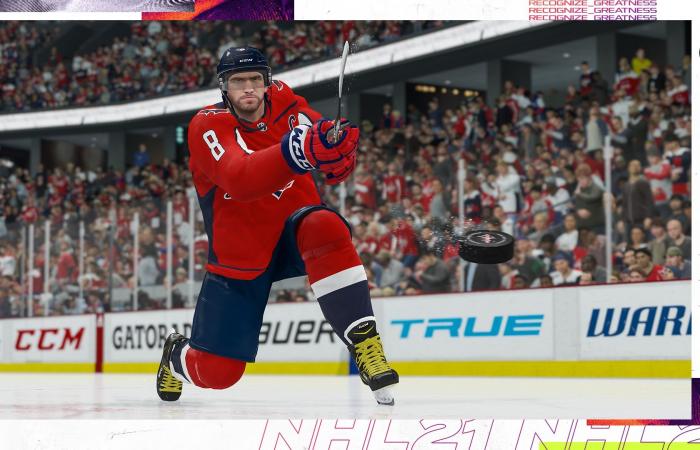 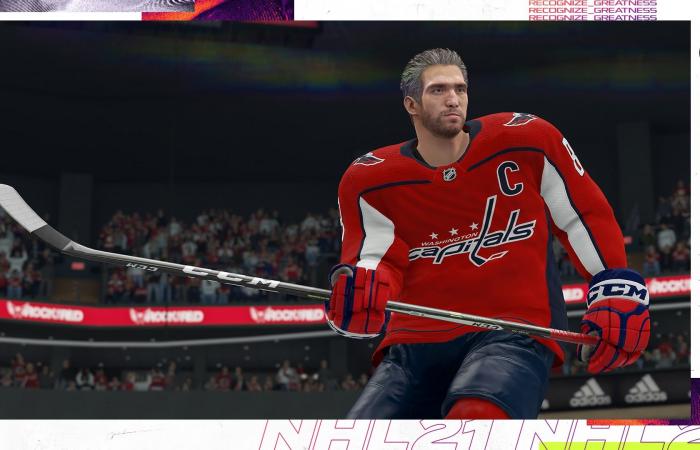 Another year, another EA Sports NHL! This time around, it’s the last of the PS4 / Xbox One generation (although you’ll be able to play it on both PS5 and Xbox Series). Is it worth the purchase?

Copy of the game and images courtesy of EA Sports

For my part, I will tell you about the changes in gameplay on the ice, the strengths and weaknesses of this edition at this level and the new HUT Rush mode.

+ The new feints and moves : There is the “michigan” or lacrosse, the feint in Kucherov, the feint behind the goal when you make a pass to yourself using the net to beat the defender who is chasing you. Also, the 2 new feints when you chip the puck to try to beat a 1vs1 defender or a player on the edge of the board. All of these new feints really help find space to break free from the player chasing you.

+ A real difference in speed : Speed ​​players are ultimately faster than big players. It seems that finally this year EA fixed the problem. They finally followed the logic of real hockey. Chara will no longer beat McDavid in speed in NHL 21.

+ Backskate corrected : The backskate is much less efficient and thank goodness! We’re going to think we’re less on a figure skating rink and more on an NHL rink. A lot of pro players overused this feature and for purists it was less fun to watch since players were skating backwards most of the time.

+ Pokechecks as in the past: NHL 21 allows this year to use the pokecheck as in the good old days. Much less penalties given. This makes it easier for you to defend and cause turnovers with your stick. For the pros of the pokecheck, it is certainly a + for NHL 21. On the other hand, some find that the pokecheck is made too effective. 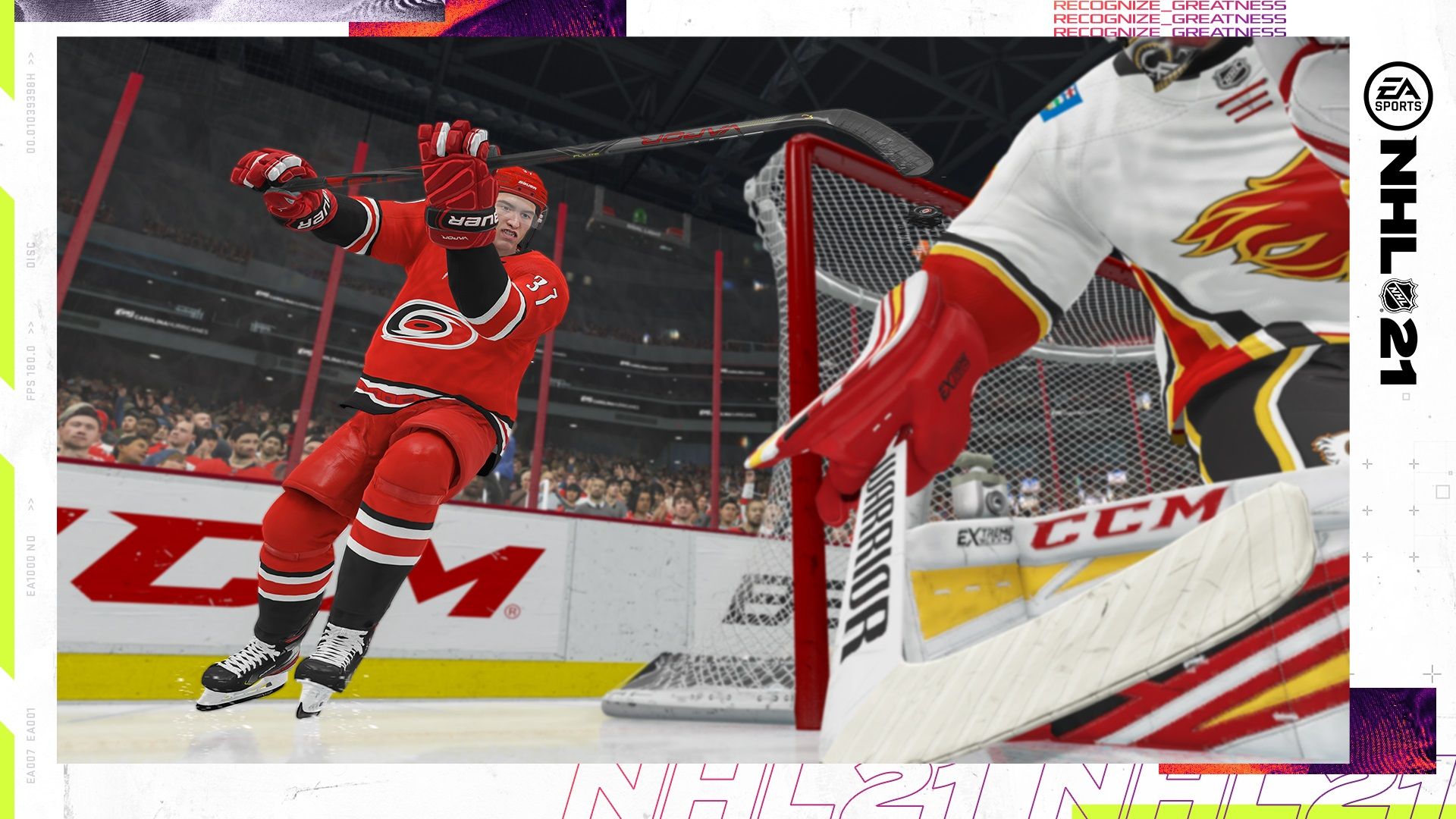 – Interceptions in the pass line: You can no longer play the jump ball because of the interceptions which are practically non-existent. It is for this reason that most of the goals this year are cross-crease, because even if the pass is forced, (which means 2 or 3 players in the pass line) the puck will still hit the other player.

– Difficult chess bets: Checks are harder and harder to do. For those who are bored of NHL HITZ, I will disappoint you. You will need perfect timing with good speed if you want your opponent to end up behind and if you unfortunately miss your shot you will need to make sure you have another player behind to cover you.

This new mode is simply refreshing. For HUT enthusiasts, it allows you to play a little less tryhard while collecting rewards for your dream team. You can play it online as well as offline. You start by drafting your players and then you’re ready to jump on the ice.

Several different objectives allow you to accumulate points to rank up and thus earn packs to build your dream team. The difference between the HUT mode here is that the more creative you are the more points you earn, which makes winning secondary. So get out your best games and goals, because that could make you win big.

Be a Pro RPG Edition

For my part, I’m going to tell you about the big news this year: the changes in Be a Pro. I gave you my first impressions previously, and I particularly appreciated the addition of the narrative elements. As I play it a bit more, I realize that what I really enjoy is the whole “RPG” aspect of the mode. Each action on the ice gives experience points that will eventually give us points to spend in a skill tree that will improve our player’s different averages. 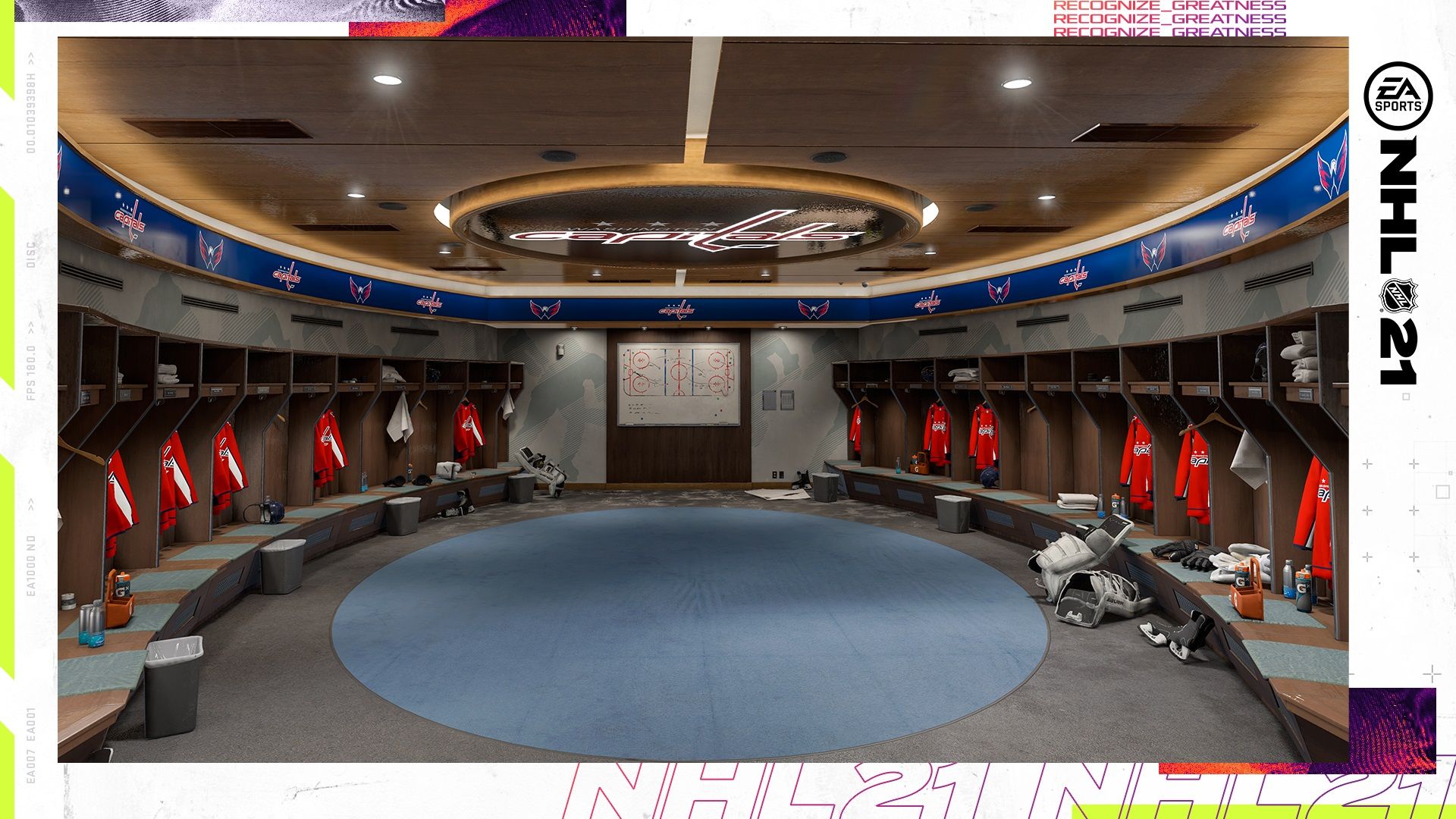 The narrative aspects also affect how our player develops by affecting these three axes: Teammates, team administration and our personal branding. In a way, our player really develops based on the way we play and the choices we make, like an RPG like a game in the series. The Elder Scrolls. It’s not that deep, but the same principle is there.

The majority of off-ice dialogue sequences usually take place between our player and his coach, agent, managing director, teammate, journalist, etc. The choices of dialogues are presented most of the time between a choice “Team” or “Featured”, which will have an impact on the three axes mentioned previously. If we do not take care of the Team axis, it could be that our teammates are not inclined to give us the pass. Always making “Featured” choices will improve the branding axis and allow us to have, for example, advertising contracts to unlock salary “perks”, but we will not necessarily be appreciated by the administration of the team. In short, we can try to balance the axes or decide to focus on one aspect, as in any good role-playing game.

While the focus this year is on the quest for the Calder Trophy, you can continue over several seasons as usual and there will still be new narrative elements appearing. There’s a long way to go, but EA has given Be a Pro a real boost for those who prefer single player modes!

Beyond the non-match narrative interactions, I especially appreciate the coach’s interventions during matches which set goals and allow us to focus on one aspect of our game at a time. 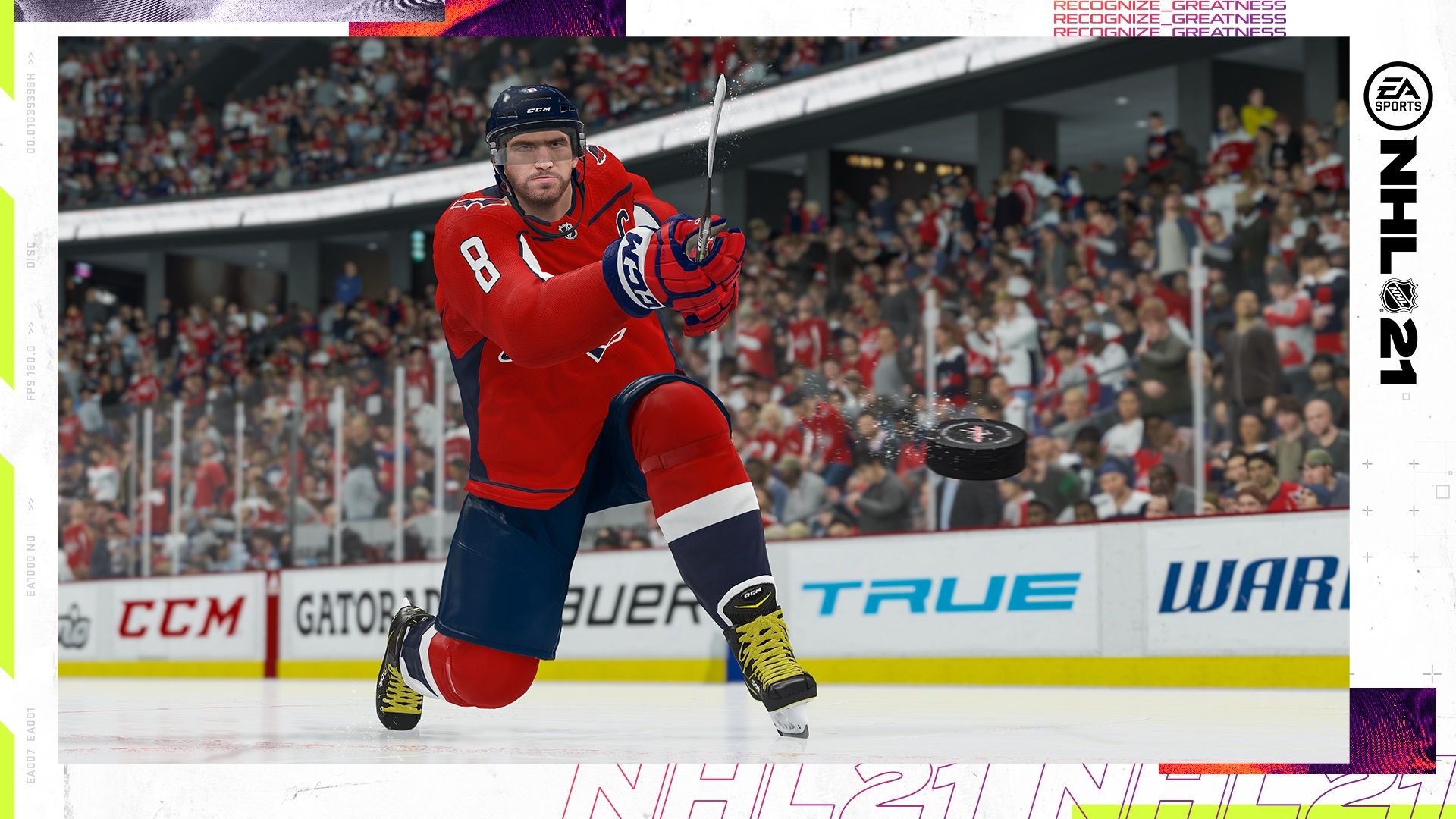 There are several other new features in this year’s edition, including the trade deadline gameplay which is improved in Franchise mode and seasons. rankeds in World of CHEL for more competitive online players. Moreover, if you have an NHL 21 league, register it in our database!

You could name everything EA Sports hasn’t changed since NHL 20 (or even before), but the reality is that NHL 21 still offers a fair amount of new and improved gameplay on the ice. We can’t wait for NHL 22 to see what EA will offer with the tools of the next generation of consoles.

The game is available today on PS4 and Xbox One. Shop it at The Source, Best Buy, or Amazon. 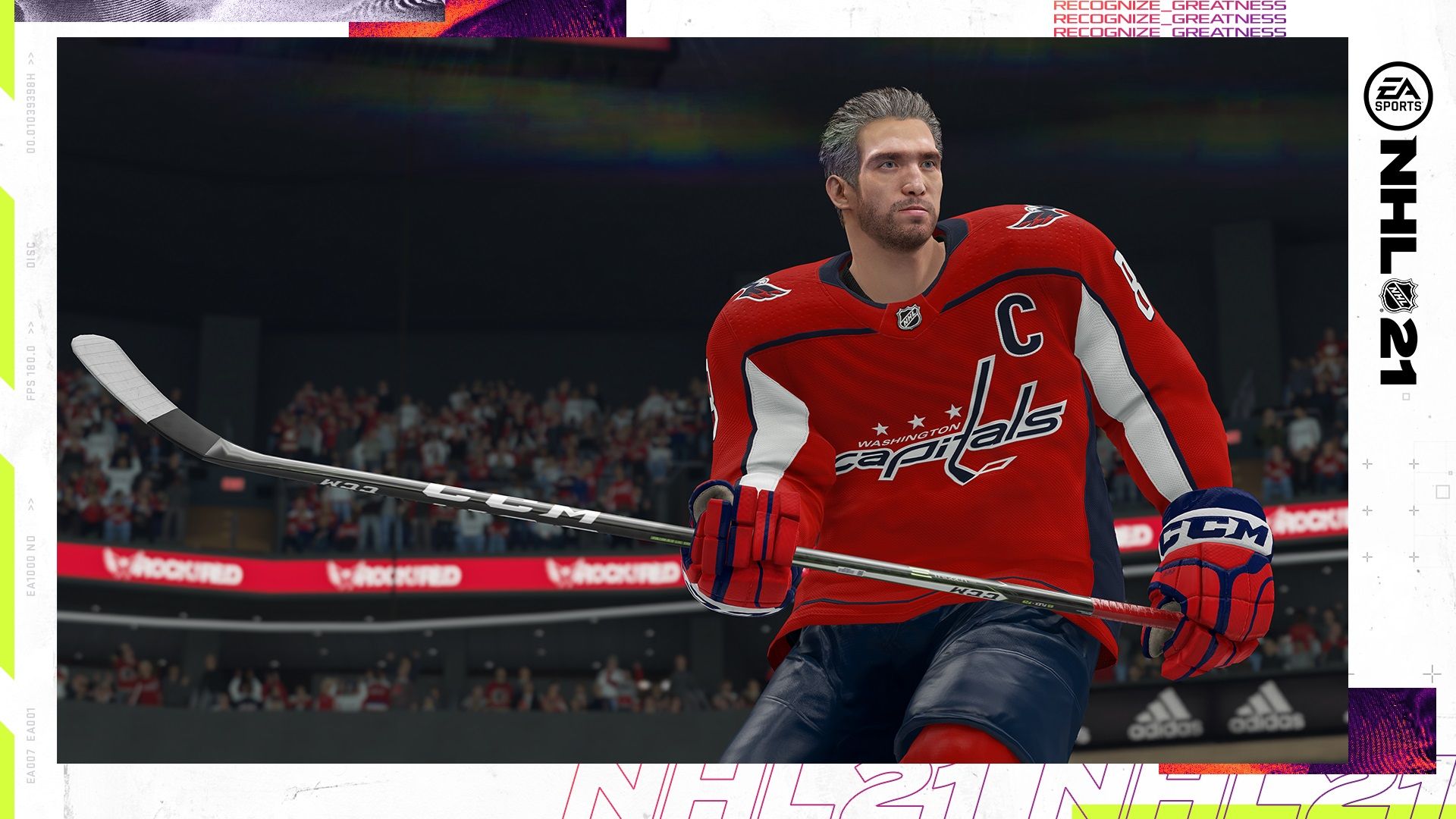 *The article has been translated based on the content of Source link by https://jeuxvideo.rds.ca/nhl-21-en-vaut-il-lachat/
. If there is any problem regarding the content, copyright, please leave a report below the article. We will try to process as quickly as possible to protect the rights of the author. Thank you very much!

These were the details of the news Review – NHL 21: Is It Worth The Buy? for this day. We hope that we have succeeded by giving you the full details and information. To follow all our news, you can subscribe to the alerts system or to one of our different systems to provide you with all that is new.