Play as your favorite walking dead characters in Brawlhalla … With... 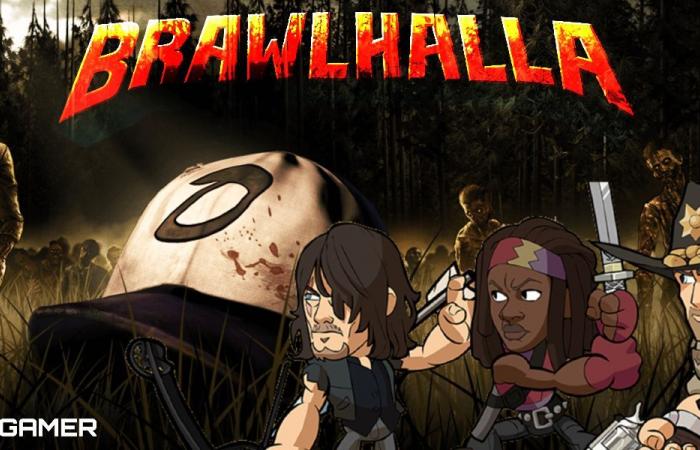 In a recent update, Blue Mammoth revealed that it is partnering with AMC’s The Walking Dead to bring some of the series’ most popular characters into the battle against platformer Brawlhalla. Starting October 14th, players can now fight against Walkers as their favorite characters from the popular TV series. They’ll introduce Rick, Michonne and Daryl as part of a bigger player event with new signature effects, lock-in animations and weapon skins, plus a new brawl of the week.

Brawlhalla has been Blue Mammoth’s flagship game since it was released in 2017. It’s available on multiple platforms including Steam, Nintendo eShop, Playstation and Xbox, as well as a new mobile version for iOS and Android devices. Aside from its full cross-play compatibility, the main attraction of Brawlhalla is that it is 100% free and only has in-game cosmetic microtransactions. It has become incredibly popular as an approachable competitor to Nintendo’s Super Smash Brothers.

In its weekly blog update on October 14th, Blue Mammoth discussed the details of this latest collaboration. Rick, Michonne and Daryl will have the abilities of the existing legends Barazza, Koji and Ember, but each will have new effects and weapon skins for players to enjoy. In addition, players can use their favorite legends or the new characters to take part in the Walker Attack! Brawl of the week in a prison scene reminiscent of the Walking Dead. The fight consists of three stocks and has waves of increasing difficulty for a classic high score survival setup.

There have been some complaints about the lack of Clementine’s inclusion on the lineup as they thought that given her popularity in the Telltale game series, she would make a fantastic inclusion. While they haven’t addressed this directly, it seems that the developer wanted the focus to be on the protagonists of the television show rather than any other iteration of the series. If the three TV favorites are a hit enough from a developer’s point of view, it would make sense that there would be another event in the future that is more based on the Walking Dead games. That would be a win-win scenario for everyone involved.

That being said, the general response from players has been extremely positive and many people were excited to see this crossover, especially around Halloween. Some have been confused about the company’s association with AMC, but mostly fans seem just amused by the idea and delighted with the collectibles and the new Brawl of the Week survival mode.

The Brawlhalla Walking Dead crossover event runs the rest of the week (although no specific end date is given). After that, the characters and accessories will no longer be available to play.

Next: 8 Great Games To Play For Free On Your PS4, Ranking List (According To Metacritic)

Spider-Cat is your adorable new buddy in Spider-Man: Miles Morales

Hello! My name is Cat Webling. I’m a writer and actress based in Georgia. I may be new to the world of professional writing, but I’ve been telling stories since I was a little girl to anyone who would listen. Now these stories are just a little bigger.

These were the details of the news Play as your favorite walking dead characters in Brawlhalla … With... for this day. We hope that we have succeeded by giving you the full details and information. To follow all our news, you can subscribe to the alerts system or to one of our different systems to provide you with all that is new.