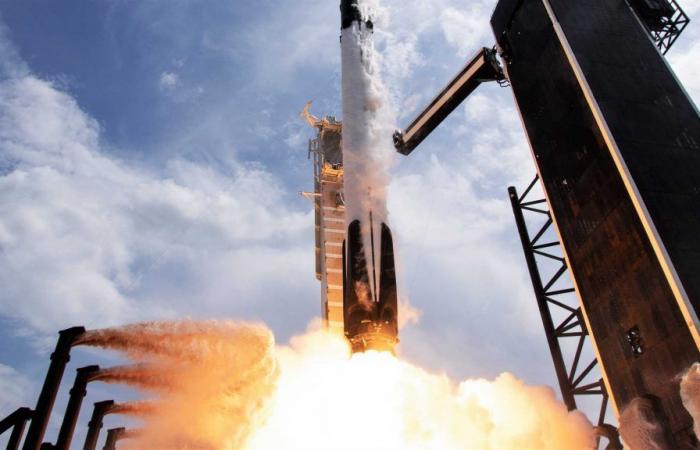 Many Tesla investors are here for the long term and don’t even want to let go of a fraction of their holdings for several years due to increased demand expectations. There are other ways to invest in hot companies, however, and new companies will go public in the future. One of them is another Elon Musk-run company called SpaceX that Ron Baron, a legendary investor and TSLA shareholder, doesn’t want to sweep under the rug.

Despite the overwhelming success of Tesla, which made Baron a whopping $ 1.5 billion, more investment will be available. SpaceX is not currently publicly traded, but it could be at some point. Baron believes the aerospace company, which is heavily funded and backed by NASA and works directly with the American space administration, could ultimately be as big as the electric car maker.

“I think SpaceX can be as big in SpaceX as Tesla. We’ll see, ”said Baron during an interview with CNBCs Squawk Box on 14th of October. Baron also used the interview to outline Tesla’s path to a market cap of $ 2 trillion.

SpaceX also occupies an essential place in Baron’s investment-conscious mind. While Tesla remains a primary focus as it is currently trading, Baron is looking for other ways to increase the value of his portfolio.

SpaceX is the answer to Baron’s advanced valuation of massive holdings.

Baron is currently a private investor in SpaceX and stated that he couldn’t talk much about his future plans. He stated that he has “probably 1%” stake in the company. However, he’s also bullish about SpaceX and wants investors to realize that he’s not just a “Tesla guy.”

“When I go to restaurants, we sit on terraces. People will tell me, “Oh, there’s the Tesla type.” What I ultimately want to know is not just the Tesla type, but the SpaceX type, too, “Baron said.

When it comes to future prospects, Baron doesn’t think SpaceX will be a tiny company compared to Tesla.

“I think SpaceX can be as big in SpaceX as Tesla. We’ll see, ”he added.

Nobody, not even Elon Musk, knows when or if SpaceX will become a public company. Even so, Musk stated on Sept. 28 that the company would likely “bring Starlink public, but only a few years in the future if revenue growth is smooth and predictable”.

Starlink’s public beta is slated to begin when the latest satellites reach their target positions, Musk said in a tweet in early October. Once the internet service has worked consistently and reliably for a few years, it will likely become yet another publicly traded company that Musk fans will spend their money on in hopes of expanding their portfolios.

These were the details of the news Ron Baron doesn’t want TSLA investors to forget about SpaceX for this day. We hope that we have succeeded by giving you the full details and information. To follow all our news, you can subscribe to the alerts system or to one of our different systems to provide you with all that is new.