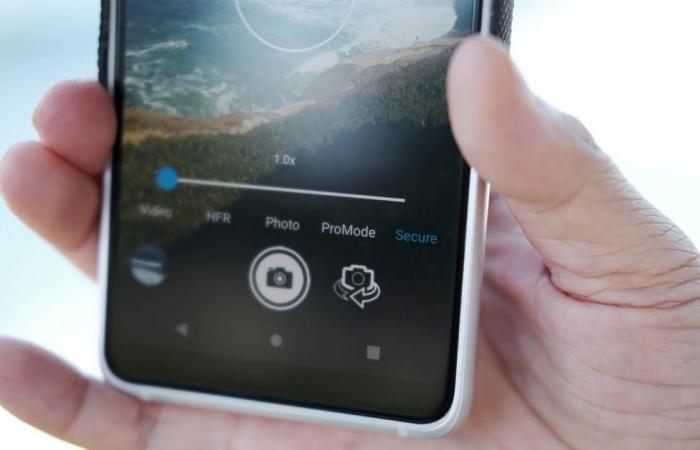 Qualcomm, one of the largest manufacturers of smartphone microprocessors, takes a different approach as large technology platforms try to combat the spread of misinformation.

Qualcomm announced Thursday that it has partnered with technology company Truepic in San Diego to embed a photo and video review tool in smartphone chips that will be available on some Android devices next year.

This feature allows a “safe” photo capture mode to be displayed in a device’s native camera app alongside other modes such as portrait, slow motion, and time lapse. This mode allows users to take a photo with a digital signature to prove its origin, including the pixels that were taken in the original image and where and when the photo was taken.

While most cameras already capture this type of metadata with image files, it can be edited relatively easily by changing the settings on the camera to make it appear as if a photo was taken at a different time or location .

Truepic’s software makes manipulating this metadata much more difficult because, unlike normal camera apps, it resides on a protected part of the Qualcomm Snapdragon microprocessor, which is also used to secure fingerprints and facial prints to unlock smartphones and make digital payments becomes.

When a secure image is shared or edited, the original data is retained to verify authenticity and highlight changes.

“This is a mechanism by which we can restore confidence in images and videos on the Internet,” said Mounir Ibrahim, vice president of strategic initiatives at Truepic, in a video call. “We believe that it will be the new standard for every image of consequence.”

The new feature comes because other tech companies have started looking for ways to quickly identify misinformation. Microsoft and the Estonian startup Sentinel have developed tools to identify tampered media and deep counterfeits by analyzing images for signs of processing. Truepic approaches the problem from the other side: creating a new image format whose authenticity is more difficult to deny.

Ibrahim said safe mode could be used by activists and citizen journalists to document protests, human rights violations, or war crimes, or by people trying to prove they own an item that they allegedly sell online.

Truepic is also working with software company Adobe, the New York Times, and Twitter to develop an open standard that would allow these secure images to be displayed with a visual cue to highlight the extra layer of authentication, much like having a secure page on a Website, a padlock item will appear in the URL bar.

“We’ve heard time and again in the information environment for tools to make it easier to determine where something is coming from,” said Sam Gregory, program director at Witness, a nonprofit that helps people use video and technology to protect human rights to use. “This will help defend against allegations of tampering with evidence of war crimes, violence, and more mundane scenarios like insurance claims.”

However, Gregory cautioned that this type of tool is more common, but not ubiquitous, in smartphones, which could make defending images captured without this type of authentication even more difficult.

“It could get to a point where people claim that if it’s not there, something is wrong.”

Sherif Hanna, vice president of research and development at Truepic, did not reveal which companies it was working with, but said phones with this technology would be available in 2021.

These were the details of the news Qualcomm announces a photo review tool for this day. We hope that we have succeeded by giving you the full details and information. To follow all our news, you can subscribe to the alerts system or to one of our different systems to provide you with all that is new.