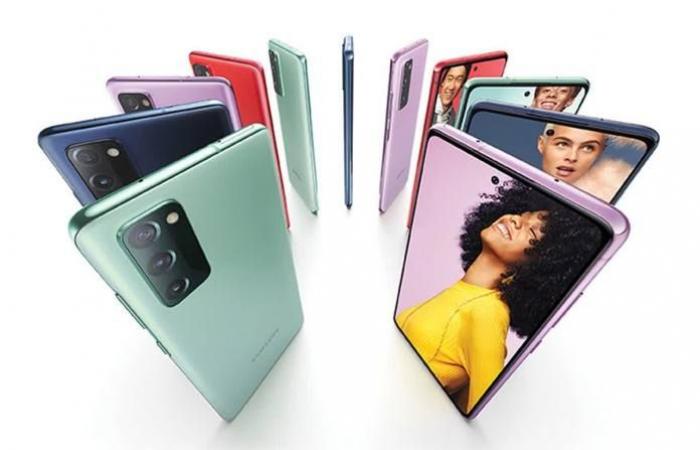 Bottom line: The $ 699 Galaxy S20 FE (Fan Edition) is Samsung’s answer to the highly competitive and feature-rich, but still affordable Android alternatives, as well as its own standard flagship S20 / S20 + and S20 Ultra with their exorbitant prices. Samsung had to cut corners in order to lower the price of the S20 FE and thus reach more fans. Some of them are now complaining about touchscreen issues with the device, causing the display to stop responding or to behave erratically to user input.

Samsung usually reserves its mid-range Galaxy A-series for the value-conscious audience, but the company’s recently released S20 Fan Edition was a refreshing entry into this space after a lukewarm reception of the premium Galaxy S20, S20 + and S20 Ultra Start at a staggering price of $ 999, $ 1,199 and $ 1,399, respectively.

The $ 699 S20 FE, on the other hand, makes significant compromises with its plastic back, slightly lower quality camera, and slower 15W charger in the box. However, it retains the 120 Hz refresh rate of its expensive sibling, with the loss of resolution being negligible on an also 0.3 inch larger flat screen. It also has a slightly larger 4,500mAh battery that outperforms the standard S20 by 500mAh, plus support for wireless charging, 5G, and IP68 dust / water resistance.

For Galaxy S fans, the S20 FE 5G is hailed as the ultimate Samsung smartphone that covers all the important functions without breaking the bank. But those looking forward to buying a device should probably proceed with caution as some early devices have reportedly suffered from touchscreen issues.

Users have complained on the Reddit and Samsung community forums about erratic touchscreen behavior with the S20 FE, including oversensitivity, unresponsiveness, “ghost” tips, and scrolling issues. Some users also find that their character inputs are mistakenly registered as swipes, while 9to5Google’s reports on their verification unit regularly switch to “pocket” mode while the phone is in hand.

Samsung is apparently unaware of this defect, largely because it is not widespread as the phone was only released a few weeks ago and the problem could potentially be limited to an early line of devices. Smartphone displays are the basic requirement of Samsung even on lower or mid-range devices, and it is uncommon for a Galaxy S-series phone to experience such problems. Expect an OTA fix or, in the worst case scenario, a hardware recall from the company once the problem is identified.

These were the details of the news The Samsung Galaxy S20 Fan Edition has reportedly had touchscreen issues for this day. We hope that we have succeeded by giving you the full details and information. To follow all our news, you can subscribe to the alerts system or to one of our different systems to provide you with all that is new.