Scientists determine the maximum speed of sound reaches 36 km per... 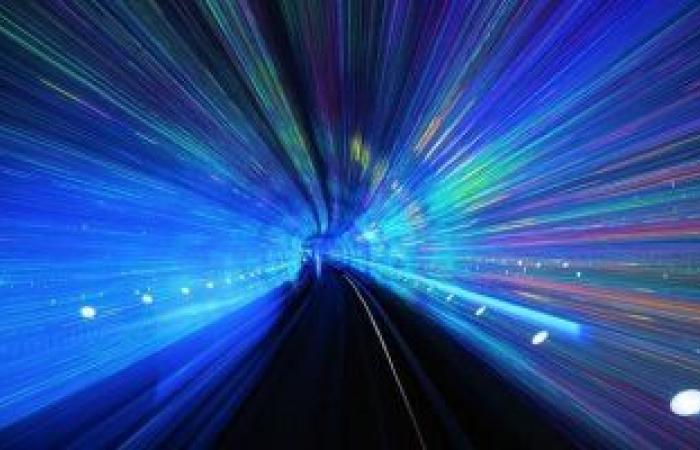 A research cooperation between Queen Mary University and Cambridge, in Britain, and the Institute of High Pressure Physics in Troitsk, Russia, revealed the fastest possible speed of sound, and the result previously reached was about 36 km per second, and twice the speed of sound in diamond, It is the strongest known substance in the world.

And waves in general, whether sound or light, are disturbances that transfer energy from one place to another, and sound waves can travel through different media, such as air or water, and move at different speeds depending on what they are traveling through..

For example, waves travel through solids much faster than liquids or gases, which is why you are able to hear a train approaching if you listen to the sound of a railroad track instead of air..

Einstein’s theory of special relativity specifies the maximum speed at which a wave can travel, which is the speed of light, equal to about 300 thousand kilometers per second, however, it was not known until now whether sound waves also have a maximum velocity when traveling through solid or liquid substances.

The study, which was published in the latest issue of the journal “Science Advances”, showed that the prediction of the upper limit of the speed of sound depends on two basic, dimensionless constants, which are the microstructure constant and the mass ratio of the proton to the electron, according to what was published by the site “Times of india“.

It is already known that these two numbers have an important function in understanding our universe. Their finely tuned values ​​control nuclear reactions such as proton decay and nuclear synthesis in stars, and the balance between the two numbers provides a “habitable zone” where stars and planets can form and life-supportive molecular structures can appear..

However, the new findings suggest that these two parameters could have an impact on other scientific fields, such as materials science and condensed matter physics, by setting limits to certain properties of materials such as the speed of sound..

Scientists tested their theoretical predictions on a wide range of materials and addressed one specific prediction of their theory that the speed of sound should decrease with the mass of the atom, and this prediction indicates that sound is the fastest in solid atomic hydrogen, however, hydrogen is an atomic solid at a very high pressure above Only 1 million atmospheric pressure, which is comparable to that found in the core of gas giants such as Jupiter.

At these pressures, hydrogen becomes a superb metallic solid that conducts electricity just like copper and is expected to be a superconductor at room temperature. Therefore, the researchers conducted the latest quantum mechanics calculations to test this prediction and found that the speed of sound in solid atomic hydrogen is close to the theoretical basic limit..

Dr Chris Pickard, professor of materials science at the University of Cambridge, says: “Sound waves in solid materials are already of great importance in many scientific fields. For example, seismologists use sound waves initiated by earthquakes deep in the Earth’s interior to understand the nature of event earthquakes and the properties of formation. Earth, and it is of interest to material scientists because sound waves are associated with important elastic properties, including the ability to resist stress. “

These were the details of the news Scientists determine the maximum speed of sound reaches 36 km per... for this day. We hope that we have succeeded by giving you the full details and information. To follow all our news, you can subscribe to the alerts system or to one of our different systems to provide you with all that is new.