IPhone 13 appeared on the scene before the announcement of the... 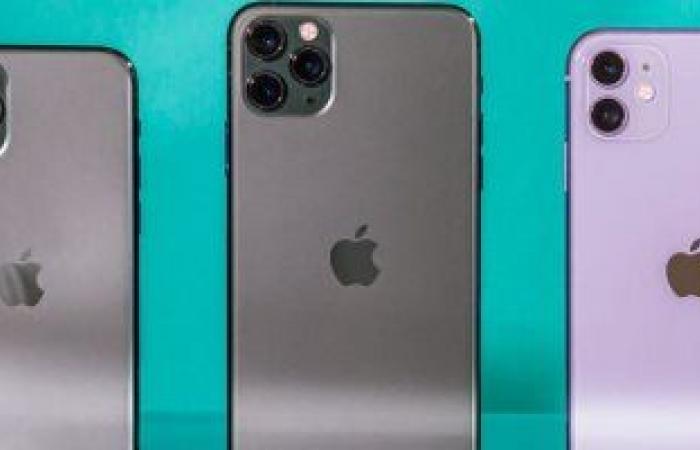 Apple is preparing to offer Phones iPhone 12 This month, but some analysts are already looking forward to what the tech giant may be planning for the next year. Display Supply Chain Consultants , Which is a research company specializing in data with its latest forecasts for iPhone 13.

Young recently posted some predictions on Twitter about what to expect from a screen size iPhone 13 And the camera plus the details surrounding it iPhone SE Next, Young writes that the information is based on research from investment banking services firm Mizuho Securities, and some details are in line with the findings of supply chain consultants.

The results indicate that iPhone 2021 From Apple it can keep the same screen size as iPhone 12 Next, Young An’s tweet was mentioned iPhone 13 It might come in 5.42in and 6.06in versions, as it might be iPhone 13 Pro The largest and iPhone 13 Pro Max With sizes of 6.06 inches and 6.67 inches.

This is very similar to the rumors and reports that have surfaced about iPhone 12Phones are expected to come iPhone 12 5.4 inches and 6.1 inches, while it will support iPhone 12 Pro With a 6.1-inch screen, and iPhone 12 Pro Max is 6.7 inches in size, and it is also expected to contain all copies iPhone 12 The four are on screens YOU ARE , Which analysts expect it to have iPhone 13 Next year, too.

However, the most striking note that comes from the data may be the prediction that a technique ProMotion From Apple – It is an advantage iPad Pro Which increases the screen refresh rate to make scrolling appear faster and smoother – could be the biggest improvement on iPhone 13 Pro.

Previous rumors that have emerged in recent months, such as a report from Everything Apple Pro , until ProMotion It will first appear on iPhone 12 Pro.

The data also indicates that Apple may release a phone iPhone SE Another in 2022 comes with a 6-inch screen and a fingerprint sensor instead of Face IDIn the past, Daniel Ives, an analyst at the company Wedbush For the Stock Exchange that Apple may release a low-cost version of iPhone 12 No 5G In early 2021, although it was not mentioned, this device will be classified as a model iPhone SE .

These were the details of the news IPhone 13 appeared on the scene before the announcement of the... for this day. We hope that we have succeeded by giving you the full details and information. To follow all our news, you can subscribe to the alerts system or to one of our different systems to provide you with all that is new.