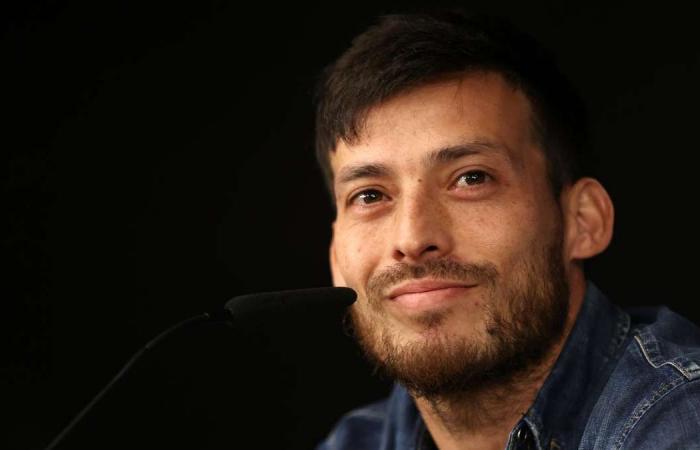 Hind Al Soulia - Riyadh - As it stands, it could be an anticlimactic ending. Perhaps that would suit David Silva.

Yet, with football on hold, Silva’s 422nd and penultimate City appearance resulted in him lifting a trophy. And that definitely was fitting.

“He’s going to leave a ‘before’ and ‘after’ from his time at City,” said Santi Cazorla, his former team-mate.

Before Silva arrived at City, they had not won a trophy for 34 years. He has won four Premier Leagues, two FA Cups and five League Cups to become the most decorated player in their history.

He has been transformative and talismanic. “Himself and his generation of players raise this club to another level,” said manager Pep Guardiola.

Silva admitted in City’s documentary Made In Gran Canaria that his 2010 arrival was not easy. “I noticed straight away that the Premier League was going to be so physical,” he said. “I found it tough during those first few months.”

A short passer, with a deft touch and an unassuming personality, he looked an alien species in English football. Now only six players have ever recorded more Premier League assists.

Guardiola outlined how he allied his technical skills with a growing physicality. “During training sessions, nowadays being 34, he’s training like he was 22 or 24, even if I never meet him at that age,” he said.

They were footballing soulmates before they were united. Silva was a Barcelona-style player when Guardiola managed Europe’s outstanding team. “When I was at Barcelona I’d say: ‘How good is this guy? I’d love to have him here,’” he said. “And at the end of his career, we’ve been together.”

Others of Guardiola’s disciples were prominent in the Silva fan club. Spain doubled down on a theory, collecting even more passers than Barcelona. Figureheads of a philosophy appreciated Silva.

“He’s a spectacular footballer,” said Xavi. “David Silva is one of the most talented players Spain has ever produced, without a shadow of a doubt.”

Andres Iniesta said: “He pulls the strings on the pitch. A brilliant footballer with great movement, he can score or assist: a player who decides a game. He’s got so much, that I would consider him one of the best ever.”

David Villa benefited from his supply line, first for club and then country. The top scorer in Euro 2008 and the joint leading marksman in the 2010 World Cup, said: “I’ve been able to enjoy playing alongside him for many years at Valencia and for Spain.

"He’s the kind of player that with the ball at his feet, a striker knows the killer pass could come at any second. A terrifying talent for a striker like myself to have behind them.”

Villa underlined the way Silva was a silent revolutionary; first with Spain and then, when Guardiola assembled similarly diminutive figures at the Etihad Stadium.

“We showed the world that you can win with technique in midfield, you don’t need physical players,” Villa said. “With Xavi, Iniesta and Silva we went through that generational change.”

The tributes from within the City dressing room will surely follow as Silva’s decade in Manchester ends this summer.

The sense is that a man who has created more goals than he has scored is content to blend into the background. A pass master may not be allowed, to however. “He has one thing, which is the biggest dream of every footballer,” Guardiola said.

These were the details of the news Manchester City talisman David Silva heads off into the sunset lauded as 'one of the best ever' for this day. We hope that we have succeeded by giving you the full details and information. To follow all our news, you can subscribe to the alerts system or to one of our different systems to provide you with all that is new.