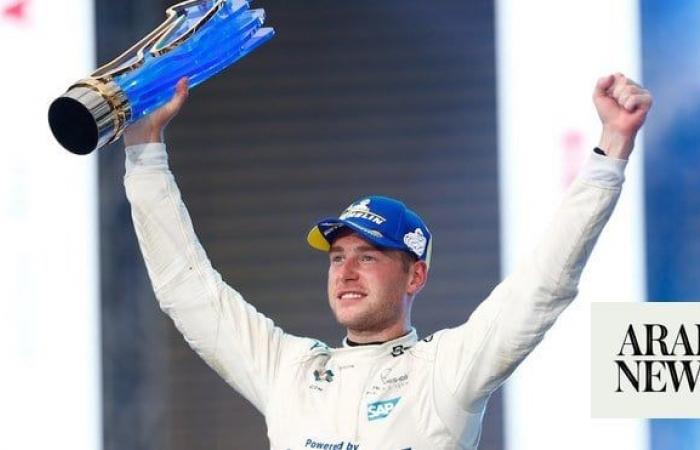 Pained memories of the UAE’s concerning Arabian Gulf Cup showing were temporarily shelved when domestic duty resumed after a month away. Shabab Al-Ahli rebounded from ever-impressive Tunisia schemer Firas Ben Larbi’s rocket, to produce a trio of unanswered goals in Monday’s 3-1 triumph against an Ajman who had Mohammed Ismail dismissed after only 25 seconds.

This result followed Sunday’s consequential 1-1 draw for 10-man Sharjah — bedeviled by disciplinary issues once more — against third-from-bottom Al-Nasr, with their league lead subsequently being ceded.

A penalty by Sharjah’s Caio in the 79th minute saved the blushes of teammate Darwish Bin Habib, following his uncomfortable own goal.

Title-chasing Al-Wahda had double reason to celebrate after Joao Pedro produced the only goal, in the 91st minute, at his former side Baniyas, while high-profile winter loanee Matheus Pereira should debut later this week.

Al-Dhafra, meanwhile, roared back from behind to prevail 2-1 in the basement battle with promoted Dibba Al-Fujairah.

Here are Arab News’ top picks and a talking point from the latest action.

Extraordinary feats can be taken for granted when prolific scorers are involved.

Again, Serhiy Rebrov’s Al-Ain creaked under pressure. Again, their iconic No. 9 came to the rescue.

That’s now 14 league goals for the campaign — a number equaled only by the legendary Ali Mabkhout. Yet since Laba’s July 2019 arrival from Morocco’s RS Berkane, his 72 topflight strikes in 76 run outs is 10 more than the aforementioned Jazira icon.

Laba’s goals have also been worth 10 points to this seventh-placed Boss by nickname, not nature.

Such consistent influence across an extended period of time was last witnessed at the UAE’s most-decorated club by Ghana superstar Asamoah Gyan. Even Sweden’s Marcus Berg tailed off, after a lightning start.

Laba’s longevity has thrust him into a rarefied realm. How fortunate Al-Ain are to have him.

Their beating heart is Ben Larbi.

The 26-year-old playmaker’s indisputable quality was exhibited on Monday evening. An awkward pass into him — back to goal on the edge of the penalty box — was met with an intuitive back-heeled turn, before unleashing a rasping drive from a tight angle which whizzed past helpless ex-UAE No. 1 Majed Nasser.

That’s now 10 goal contributions for the season. Plus, another example of unalloyed genius.

Summer links to Turkey’s Sivasspor eventually came to nought. Yet with the transfer market still open in the wider region and beyond, will any more overtures follow?

Hope, and desolation, abounded in the Western Region.

Winter-arrival Edu’s header had Hassan Al-Abdouli’s Dibba Al-Fujairah dreaming of a great escape. But the long-term Mahdi Ali acolyte watched his side falter to a potentially ruinous defeat.

It wasn’t pretty from opposite number Aleksandar Veselinovic. Yet, he can point to the integration of pivotal winter buys as evidence of his worth.

Bulgaria midfielder Georgi Milanov delivered pinpoint assists for Tiago Leonco and Claudio. This created daylight to bottom-placed Dhafra, plus drew Nasr — and top-flight safety — to within one point.

Veselinovic’s return to Dhafra — he was at the helm from September 2020 to January 2021 — had been marked by four agonizing one-goal topflight defeats. What a moment to deliver victory.

Pereira went from one tweet blasting “fake news” about Roshn Saudi League holders Al-Hilal’s desire to dispense with him, to the next showcasing a beaming smile at temporary new employers Wahda.

This dichotomy exemplifies the situation the Clarets have got themselves into. Will the 26-year-old ignite the third-placed side’s bid for a first topflight title since 2009-10, or disrupt a settled unit?

The Brazilian winger is, unquestionably, the winter window’s marquee addition. Not even Al-Ain’s Croatia center-back Tin Jedvaj would dispute that exalted status.

It was only 2020-21 when the attacker netted 11 Premier League goals for West Bromwich Albion. A competition-high 11 topflight assists the next season followed a reported eight-digit switch to Riyadh.

Wahda cannot argue they have recruited a star name in stellar form.

The prospect, however, of Pereira’s laser-guided set-piece deliveries being converted by 10-goal Pedro — he of Monday’s injury time clincher at former charges Baniyas — is a tantalizing one.

Wahda are already the division’s joint second-highest scorers. Pump that even higher and they could blow everyone away.

It is now up to Manolo Jimenez to unlock a premium talent. Do that and the ADNOC Pro League’s trophy case could also be opening at Al-Nahyan Stadium.

These were the details of the news Saudi Airlines names Formula E champion Stoffel Vandoorne official ambassador for this day. We hope that we have succeeded by giving you the full details and information. To follow all our news, you can subscribe to the alerts system or to one of our different systems to provide you with all that is new.