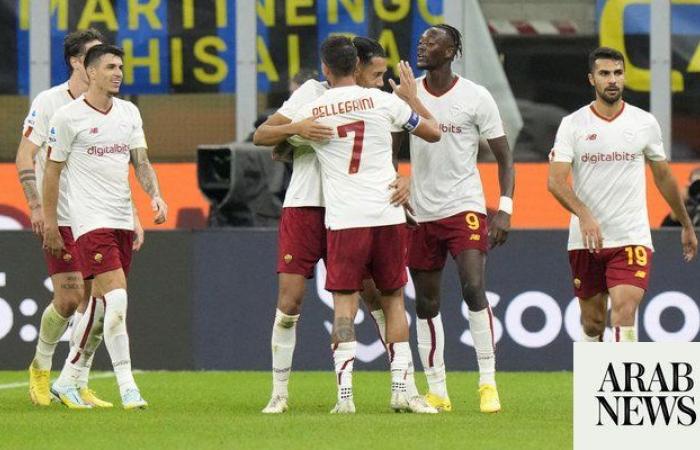 Jeddah - Yasmine El Tohamy - LONDON: It’s amazing what three points earned can do for the outlook on Tyneside.
While many began to question whether Newcastle United’s one win in their opening seven games, even with just one defeat, was a positive or negative start to the season, doubters have been silenced thanks to their dominant display against Fulham.
All three points were secured in southwest London thanks to a special Miguel Almiron double, as well as strikes from Callum Wilson and Sean Longstaff, in a 4-1 win.
Bobby Decordova-Reid netted a late consolation for the hosts, who had Nathaniel Chalobah dismissed after just eight first-half minutes.
Due to a number of injury issues, head coach Eddie Howe was forced into changes to his usual defensive and midfield lines.
Joelinton and Matt Targett, both failing to be passed fit to start, found themselves benched with Longstaff and Sven Botman recalled. Jacob Murphy and Wilson were also restored to the Newcastle line-up, with Ryan Fraser and the injured Alexander Isak replaced.
And it was Wilson, back after a five-game lay-off, who could have opened the scoring within minutes of the off. A Dan Burn shot was brilliantly saved by the impressive Bernd Leno but the rebound was poked wide with the goal gaping by last season’s top-scorer Wilson.
The game was turned on its head after just seven first half minutes when Chalobah’s late challenge on Longstaff was deemed to be a red card after a VAR check. While home complaints were vociferous, it was the right call by referee Darren England, with Chalobah late and high on the United midfielder’s ankle.
Wilson made no mistake on 11 minutes, however — even if the goal, his third of the season, was a little cheeky, and much to the dismay of teammate Joe Willock.
A searching Willock cross-field pass found Kieran Trippier, whose ball in was headed goalwards by the former Arsenal man — and just as the ball was about to nestle into the far corner, Wilson popped up to turn in. To say Willock looked a little bemused in the celebrations is an understatement.
Newcastle and Wilson were just getting started. The frontman should have netted his and Newcastle’s second just before the half hour when Murphy teed up Willock to cross and Wilson on the turn flipped over Leno’s bar.
Often, when teams sit in this season, United have struggled to break down the opposition, but this time out the Cottagers’ backline crumbled under the pressure.
And it was orchestrator-in-chief Bruno Guimaraes, playing in a slightly freer, more advanced role, who unlocked the door — and created the Magpies’ second.
A one-two, which saw the Brazilian chip quite delightfully over the top, unleashed Almiron, who produced another goal-of-the season contender with a wonderfully controlled volley past the helpless, and rather isolated, Leno.
The floodgates were well and truly open for Newcastle — and they seemed in no mood to take their foot off the pedal.
On the stroke of half time, a looping Botman header looked set to ripple the net but for the acrobatics of Leno — the only man standing between Newcastle and an absolute rout — only for Longstaff to then smash home the rebound when it ricocheted back off the post.
Down and seemingly out, Marco Silva’s men were buoyed somewhat by some second-half changes, but the die was cast as United’s marauding frontline continued their rampage.
Willock, unlucky not to be on the scoresheet, was again denied by one-man wall Leno before Almiron added his second of the game just before the hour.
Again Willock was involved as he centered for the Paraguayan forward at the back post, who made it 4-0.
He was denied a memorable hat-trick by the offside flag before substitute Fraser also saw a deft chip chalked off for the same reason.
Three defensive changes, with Howe looking to rest bodies, saw Newcastle’s resolve loosen slightly and open the door and an all-too-willing Decordova-Reid, who headed home a late consolation to make things, from a scoreline perspective at least, a little less one-sided.
All-in-all, though, this was as one-sided as they come.
It’s onwards and upwards for the Magpies now, with just one loss in their opening two months of the campaign.
While a few more wins would have been welcomed by Howe and co, it’s hard to find fault with a team who are establishing themselves as one of the hardest teams to better in the English top-flight.

These were the details of the news Smalling heads Roma to win at struggling Inter Milan for this day. We hope that we have succeeded by giving you the full details and information. To follow all our news, you can subscribe to the alerts system or to one of our different systems to provide you with all that is new.