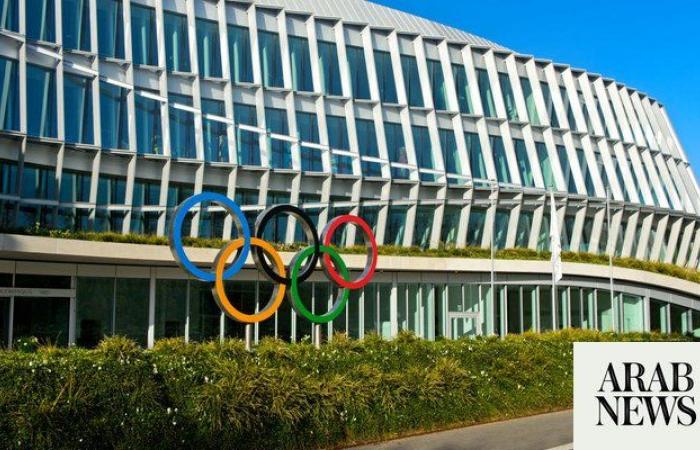 Jeddah - Yasmine El Tohamy - GENEVA: Russian athletes who do not endorse their country’s war in Ukraine could be accepted back into international sports, IOC president Thomas Bach said in an interview published Friday.
“It’s about having athletes with a Russian passport who do not support the war back in competition,” Bach told Italian daily Corriere della Sera, adding, “We have to think about the future.”
Most sports followed International Olympic Committee advice in February and banned Russian team and athletes from their events within days of the country’s military invasion of Ukraine.
With Russians starting to miss events that feed into qualifying for the 2024 Paris Olympics, an exile extending into next year could effectively become a wider ban from those Games.
In an interview in Rome, Bach hinted at IOC thinking after recent rounds of calls with Olympic stakeholders asked for views on Russia’s pathway back from pariah status.
“To be clear, it is not about necessarily having Russia back,” he said. “On the other hand — and here comes our dilemma — this war has not been started by the Russian athletes.”
Bach did not suggest how athletes could express opposition to the war when dissent and criticism of the Russian military risks jail sentences of several years.
Some Russian athletes publicly supported the war in March and are serving bans imposed by their sport’s governing body.
Olympic gold medalist swimmer Evgeny Rylov appeared at a pro-war rally attended by Vladimir Putin in Moscow. Gymnast Ivan Kuliak displayed a pro-military “Z” symbol on his uniform at an international event.
Russian former international athletes are being called up for military service in the current mobilization, according to media reports. They include former heavyweight boxing champion Nikolai Valuev and soccer player Diniyar Bilyaletdinov.
Russians have continued to compete during the war as individuals in tennis and cycling, without national symbols such as flags and anthems, even when teams have been banned.
In athletics, Russians have competed since 2015 only as neutrals approved by the sport’s governing body because of the state-backed doping scandal which tainted the 2014 Sochi Winter Games.
Bach and the IOC faced criticism in fallout from the scandal for not being strict enough with Russian athletes who competed at each Olympics since 2016 with extra vetting of their drug testing or as neutrals without their national team name, flag and anthem.
Bach told Corriere della Sera it was the IOC’s mission to be politically neutral and “to have the Olympic Games, and to have sport in general, as something that still unifies people and humanity.”
“For all these reasons, we are in a real dilemma at this moment with regard to the Russian invasion in Ukraine,” he suggested.
“We also have to see, and to study, to monitor, how and when we can come back to accomplish our mission to have everybody back again, under which format whatsoever.”
Bach was in Rome also for a sports forum hosted by the Vatican, where Pope Francis praised sports as “an educational and social good and it must remain so.”
“We should be committed to giving everyone the opportunity to play sports,” the pope said, “to cultivate — one could say to be ‘trained’ in — the values of sport and transform them into virtues.”
Vatican officials previously have said they would like to one day field a team recognized by the IOC in the Olympics.

These were the details of the news International Olympic Committee renews Saudi Arabian memberships for next four years for this day. We hope that we have succeeded by giving you the full details and information. To follow all our news, you can subscribe to the alerts system or to one of our different systems to provide you with all that is new.