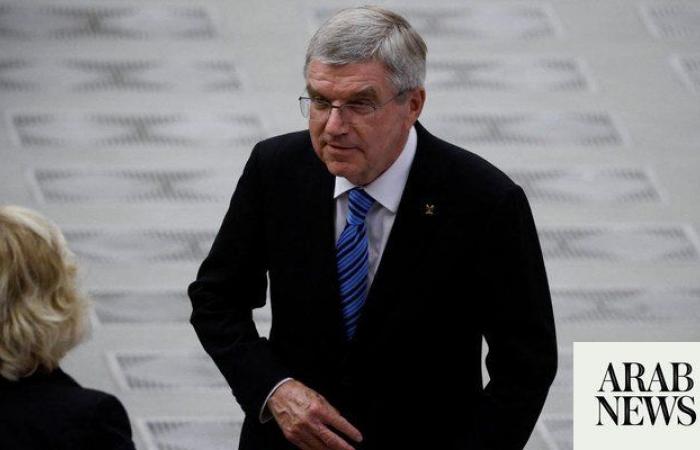 NEWCASTLE: Eddie Howe has revealed Newcastle United have received a quadruple injury boost ahead of their return to Premier League action against Fulham this weekend.

The Magpies travel to Craven Cottage on Saturday looking to record only their second top-flight win of the campaign — and will likely do so with four players who were rated as doubts within their ranks.

It is fair to say the international break has been one of worries and concerns on the injury front for head coach Howe, with strikers Alexander Isak and Chris Wood as well as Bruno Guimaraes all sent home early from national duty due to knocks.

However, where the situation once seemed grim, according to Howe, the outlook is now brightening with Callum Wilson, Elliot Anderson and Guimaraes all fit to start against the Cottagers. In a further boost, Allan Saint-Maximin, missing since August, is also understood to be close to a return to the squad, while Isak’s injury, picked up while with Sweden, is not thought to be serious.

“When the doctor was calling me, I didn’t want to take his calls anymore,” joked Howe from United’s Benton training base on Friday.

“It was a stressful period for three or four days, but thankfully it’s maybe not as bad as it first appeared.”

On Wilson, Howe said: “He’s trained for around 10 days with us now. He’s in a good place. Every time he comes back from an injury I’d say he does the work and doesn’t cut corners. He’s had a really long body of work with the sports science team and then trained with us. He looked good.

“It’ll be a huge boost for the players to have Callum in the group with his positive energy and laughter that he brings. He’s a big player for us. And with Alex picking up his injury as well, it was perfect timing for us.”

Guimaraes, too, who has missed two Brazil friendlies in France in the past seven days as a result of a thigh problem, is understood to be fit to play from the off in southwest London.

“Bruno has trained with us. I had a couple of difficult calls during the international break to say players had various things happen to various players,” Howe said.

“We were concerned for Bruno but he’s come back and the scan was good. He’s trained, and trained well. Obviously slightly disrupted for him because these two weeks were really important in terms of his training and getting his match sharpness back, but he’s physically fine. He’s in the squad.”

Fellow United talisman Saint-Maximin has been unavailable for selection due to a hamstring injury since the 1-1 draw with Wolverhampton Wanderers in August.

And while he is yet to return to full training with the squad, Howe says that Saint-Maximin has a chance.

“Yeah, he’s doing well,” he said when asked about the player.

“He’s had a period away and come back. He’s close, very close. It’s how we view things.

“There are a lot of moving parts with us at the moment. I’m being vague because there are a lot of player situations that are slightly unclear as we go into the game. Allan will be one of them.”

While Anderson has also managed to shake off a slight knock and will likely make the bench, two players who are unlikely to do so are Isak and Wood. But their problems are not likely to keep them out for too long, according to Howe.

On record signing Isak, Howe said: “He picked up an injury training for Sweden, so he’s come back. The scan doesn’t look too bad so we’re not overly concerned it’s a long injury, but with any muscle injury there’s always a slight period where you have to be careful.

“He’s out running on grass so he’s looking good at the moment.

“Chris Wood came off with a rib problem. He took a knock in the game. Again, that’s another player we’ll make a very late decision on.”

Meanwhile, the Magpies have completed their first signing of the January window, with highly rated Australian forward Garang Kuol putting pen to paper.

And Howe admits he is delighted to win the race for the player who was courted by the likes of Barcelona.

United are understood to have paid Central Coast Mariners about $400,000 for the Southern hemisphere star.

“He’s a young player with huge potential. It’s a show from myself and the club on where we want to go in terms of signing young players and trying to develop them in our system for them to be Premier League players in the future. He’s had a dramatic rise and he’s in a position that excites everybody. There needs to be some patience shown.

“Touch wood we’ll look after him, go out on loan and develop behind the scenes. Hopefully when he comes here, he can play a part in our future.”

The Egyptian-born teenager made his senior debut at 17 in 2021 and rose to worldwide prominence when he played a starring role as the 2022 A-League All Stars team that took on Barcelona in front of more than 70,000 spectators in Sydney earlier this year.

Kuol made his Australia debut against New Zealand during the most recent international break.

After making the move, Kuol said: “It’s unreal. As a young boy in Australia, the Premier League is the main thing that everyone watches but nobody actually thinks they’ll reach those heights. To be one of those people, to be in the position I am, it’s amazing.

“Now that I’ve signed for Newcastle, I want to train hard, play hard, hopefully go to the World Cup and come back here.”

The United executive who was instrumental in securing the transfer, sporting director Dan Ashworth, explained the signing and the club’s new philosophy.

Ashworth said: “Garang is a very promising young talent and we are excited that he’ll be continuing his development as a Newcastle United player.

“Our philosophy is to invest in our academy and in exciting young players for the future, as well as in players required to make an immediate impact in the first team.

“We wish Garang the best of luck in his remaining games with Central Coast Mariners and we hope to see him on the international stage again very soon.”

These were the details of the news IOC’s Bach eyes return to sports for anti-war Russians for this day. We hope that we have succeeded by giving you the full details and information. To follow all our news, you can subscribe to the alerts system or to one of our different systems to provide you with all that is new.