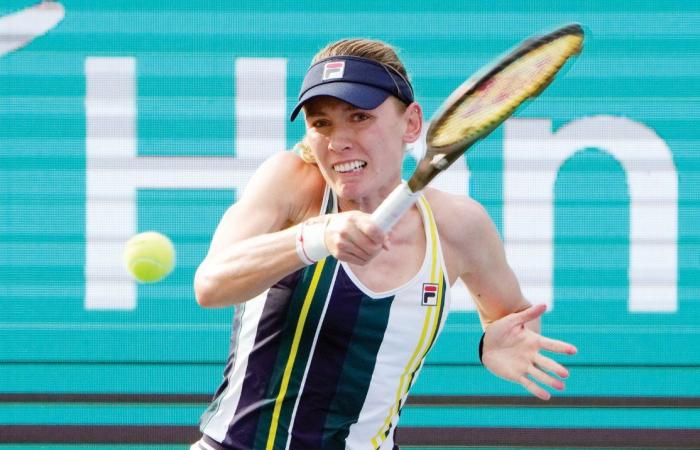 Jeddah - Yasmine El Tohamy - CHARLOTTE, US: The Americans have a juggernaut in Jordan Spieth and Justin Thomas that moved them closer to another victory in the Presidents Cup on Saturday.

The International team has a spark plug in 20-year-old Tom Kim, who delivered the emotion and big putts that made it clear the Americans will have to work for it.

The day started with the Americans having a mathematical chance to clinch the cup. It ended with them holding an 11-7 lead, with 12 singles matches left on Sunday.

Spieth and Thomas became only the second US partnership to win all four team matches in the Presidents Cup, handily winning their foursomes match in the morning and their fourballs match in the afternoon.

The Internationals split the morning matches, and the way this Presidents Cup has gone for them, not losing ground felt like a win.

And then it got better.

They rallied over the final hour in two matches to turn deficits into 1-up wins, taking the afternoon session by winning three of the four matches.

The star was Kim, the youngest player at Quail Hollow and perhaps the biggest personality. He started the comeback with a 55-foot eagle putt on the par-4 11th hole against Patrick Cantlay and Xander Schauffele.

They were all square going to the last, Si Woo Kim already out of the hole, and Tom Kim facing a 10-foot birdie putt for the win. He took a few steps back as the ball neared the hole, dropped his putter and slammed his cap to the ground in a raucous celebration.

“I wanted that putt more than anything in the world,” Kim said.

Moments later, Adam Scott and Cameron Davis rallied from 1 down with three holes remaining when Davis made a 12-foot eagle putt on the 16th and a 15-foot birdie putt on the 17th hole to go 1 up.

On the final hole, Sam Burns hit his approach to 4 feet that gave him and Billy Horschel a chance to earn a halve. And then Davis made a 10-foot birdie for another point.

Every point is big for the International team, already depleted from four players who left the PGA Tour for Saudi-funded LIV, and already dealing with eight straight cup losses.

The Americans are still very much in control, needing only four wins and a halve from the 12 singles matches in the final session.

Spieth and Thomas have led the way. The only other US tandem in a Presidents Cup to go 4-0 was Tiger Woods and Steve Stricker at Harding Park in 2009. The Internationals had Louis Oosthuizen and Branden Grace do the same in South Korea in 2015.

Thomas and Spieth have been close friends for 15 years, dating to junior golf and international outings. This is the first time in a Presidents Cup that they have been paired together, and both are on their games. It a lethal combination.

Even so, the end of the matches gave Spieth pause.

“We’ve got to go get the job done tomorrow and win two more points for our team,” Spieth said. “I’d love to get a singles win, and I know Justin would, too. We’re going to be close enough where our two would be obviously extremely important.”

Kim won both his matches Saturday, teaming with K.H. Lee in morning foursomes to beat Burns and Masters champion Scottie Scheffler, 2 and 1.

Scott is playing on his 10th team — eight losses and one tie — and was shut out until he and Hideki Matsuyama took down Collin Morikawa and Cameron Young in the morning, and Scott and Davis proved to be a great Australian duo in the afternoon.

“Any victory against the US team has got to be really hard fought,” Scott said. “So this feels good.”

Max Homa is still having the week of his life. After his late heroics the night before, he partnered with Tony Finau in a 4-and-3 victory over Si Woo Kim and Davis. Homa sat out the afternoon session. He is 3-0 in his debut playing in a cup.

Schauffele and Cantlay lost for the first time in three matches this week. They were 2 up after 10 holes and were 3 under the rest of the way, with Schauffele making a 40-foot birdie putt from short of the 15th green for a 1-up lead that looked like it would carry them to another point.

Instead, Si Woo Kim made a 4-foot birdie putt to square the match on the 16th, and a 5-foot par putt to keep it tied on the 17th. Tom Kim was so nervous he covered his eyes and was peaking through his fingers, pumping his fist when the putt dropped.

And then the 20-year-old Korean had the stage to himself at the end, and he delivered a winner. Left to be seen is what one putt — one point — can do for an International team that still has a four-point deficit to overcome.

These were the details of the news Russia’s Alexandrova shines in Seoul for third title for this day. We hope that we have succeeded by giving you the full details and information. To follow all our news, you can subscribe to the alerts system or to one of our different systems to provide you with all that is new.