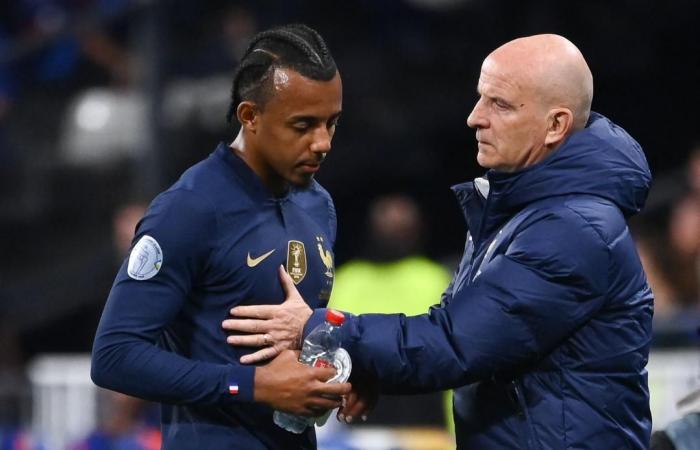 Jeddah - Yasmine El Tohamy - CHARLOTTE, US: Max Homa never felt more energized over a big putt on a Friday, perhaps because he never had so many people who shared in the celebration.

This is why making the Presidents Cup was the top of his wish list this year, and his latest afternoon heroics at Quail Hollow exceeded expectations.

The final fourballs match was all square with two holes to play, the green surrounded by American players and caddies, captains and their red carts. Homa stepped toward the hole and slammed his fist when he made a 12-foot birdie putt for a 1-up lead.

And then it got even better. Taylor Pendrith was clutch with a 15-foot birdie putt as the Internationals tried to scratch out a third tie. Homa stepped up and delivered again with another 12-foot birdie putt for the win.

The matches felt closer. The outcome was not. Homa’s big putts at the end allowed the Americans to win another session by a 4-1 margin, stretching the lead to 8-2.

“It was pretty surreal,” said Homa, who improved to 2-0 in his debut. “The atmosphere out there is insane. There’s so many people you can feel them on the back of your neck.”

Quail Hollow was packed with 40,000 fans on a gorgeous autumn day, with former Presidents Bill Clinton and George W. Bush among those at the course.

In five matches that covered 87 holes, the players combined for 67 birdies and three eagles, and three matches went the distance.

All the International team could manage were two halves. What it faces now is a task even more monumental against a US team that looks well on its way to a ninth straight win in this lopsided affair.

“We feel like we’ve played some pretty good golf, some solid golf tee-to-green, particularly the last couple of days,” International captain Trevor Immelman said. “But we have absolutely been out-putted. No doubt about it.”

He was with that final match as Homa and Billy Horschel dropped key putts down the stretch. And when Pendrith dropped his birdie on the last and it look like he and Corey Conners might escape with a half-point, Homa was just as clutch.

“I was nervous as could be over that putt, but it was fun,” Homa said. “I was telling my wife, when we talk about things money can’t buy, money cannot buy that feeling. And that was something that I will remember forever, and I will tell anybody who ever wants to hear about it how that felt.”

For the second straight time on home soil, the powerful American team goes into a double session on Saturday with a mathematical chance to win the cup.

There are four matches of foursomes and fourballs, and the Americans would have to win seven of them and halve the other to clinch the cup. That sounds unlikely, except for who they have and how they’re playing.

The International teams led in one match — Mito Pereira and Christiaan Bezuidenhout, for a total of five holes — that ended in a halve with Cameron Young and Kevin Kisner.

Over two days and 10 matches, International teams have had a lead for only 10 of the 170 holes that have been played.

The 12 Americans are among the top 25 in the world and most of the are playing like it. The International team was cobbled together at the last minute with more defections to Saudi-funded LIV Golf run by Greg Norman, a former Presidents Cup captain.

Norman sent out a tweet wishing the International team well, accompanied by a photo of the team from its lone win in 1998. “Outside of all this angst — golf is golf, competition is competition; something every golfer thrives on.”

One of replies was from Immelman: “LOL.”

“I pretty much say it exactly as I’m thinking it,” Immelman said. “What I said was exactly what I was doing when I read that tweet. I was laughing out loud.”

The strength of the American team came from a pair of dynamic partnerships. Patrick Cantlay and Xander Schauffele were 5-up at the turn and easily held on for a 3-and-2 win over Hideki Matsuyama and Tom Kim.

Jordan Spieth and Justin Thomas improved to 6-2 as a team in Presidents Cup and Ryder Cup matches, leading from the fourth hole in a 2-and-1 victory over the Australian pair of Adam Scott and Cameron Davis.

As usual, Spieth and Thomas were far from dull.

They were 2 up with five holes to play when Thomas hit 6-iron that came inches away from an ace on the par-3 14th over water to a back pin for birdie. And right when it looked as though the International side might get closer, Spieth was up to his tricks.

His approach on the 15th was headed for the stream when it hit the rocks and caromed over the green into the rough. He chipped 15 feet by, and then made the putt to halve the hole.

The Spieth-Thomas and Cantlay-Schauffele teams, formed as much by friendship as their games, are 2-0 this week and are tough to beat no matter whom the International team sends out against them.

The passion came from the Presidents Cup rookies.

Horschel hasn’t played for his country since the 2007 Walker Cup and said he felt like vomiting for three hours ahead of his match. For Homa, it was the second straight day he was in the final match, and both made it to the 18th green with a big audience outside and inside the ropes.

“It’s surreal to have 10 of the best golfers I’ve ever seen in my life watching you and you’ve got to help them,” Homa said. “It’s a heavy weight. But it’s also really fun.”

These were the details of the news Barca confirm injuries for defensive duo Araujo and Kounde for this day. We hope that we have succeeded by giving you the full details and information. To follow all our news, you can subscribe to the alerts system or to one of our different systems to provide you with all that is new.