Clippers say Kawhi Leonard is cleared for 5-on-5 play 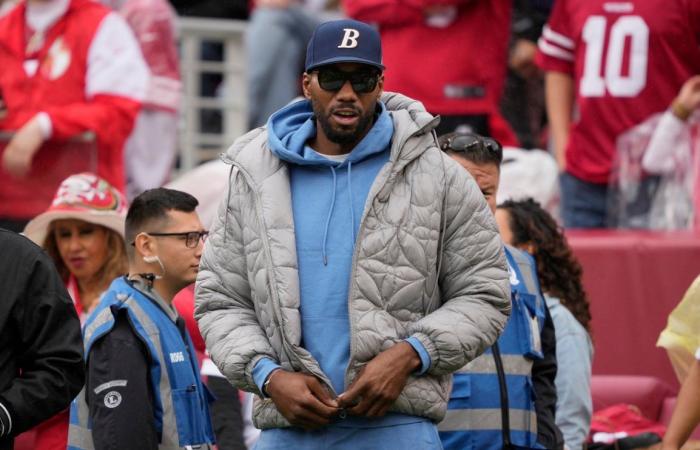 Jeddah - Yasmine El Tohamy - LOS ANGELES: Kawhi Leonard has been cleared for 5-on-5 basketball again, more than a year since his last NBA game.

Los Angeles Clippers President Lawrence Frank said Thursday that the team will proceed with some caution with Leonard, the two-time NBA Finals MVP and five-time All-Star who tore the ACL in his right knee during the playoffs in June 2021.

Leonard missed the remainder of that postseason, and the entirety of this past season.

“Well, I think, one, he feels great,” Frank told reporters in Los Angeles. “Two, his plan is, look, he wants to participate in everything. And I think, three, organizationally, we’re going to be cautious. So it will be a step-by-step approach.”

Leonard being cleared was expected, given how long he has been sidelined and the typical time it takes to recover from ACL surgery. But it still is a major step for the Clippers, who believe they can contend for a championship this season if healthy.

There was other positive injury news from Frank on Thursday. He said forward Paul George’s elbow injury — one that limited him to 31 games last season — is also a thing of the past. Frank also said George was crucial to the Clippers’ recruitment of former All-Star guard John Wall, who signed with the team with hopes of reviving his career after a long series of injuries.

Wall was selected for the All-Star Game in five consecutive seasons from 2014 through 2018, but has played in only 82 games since. He had surgery for bone spurs in his left heel, then tore his left Achilles tendon.

“Paul, his elbow is 100 percent healthy,” Frank said. “Paul has had an extremely purposeful, driven, and very productive offseason, in that his consistency of training has been off the charts. Plus, he continues to take more and more of an ownership and leadership role.”

Leonard already has two championships — in 2014 with San Antonio, and in 2019 with Toronto. He was MVP in both of those title series.

The Clippers, though, are still chasing what would be the franchise’s first title. The closest they’ve gotten was in 2021, when they made the Western Conference finals for the first time. But Leonard had gotten hurt in the previous series against Utah, and the Clippers lost that West title matchup to Phoenix in six games. The Suns went on to lose that season’s NBA Finals to Milwaukee.

“We all embrace the challenge but realize how fragile it is,” Frank said. “All we have to do is go back two years ago to Kawhi’s injury against Utah. Kawhi was playing the best basketball of any player in the world. Our team was playing at a high level. Unfortunately for Kawhi and for the group, he got injured. I think with that, it reinforces the urgency you have to approach every single day. Nothing is guaranteed.”

The Clippers will hold their media day Monday, then travel to Las Vegas for the start of training camp on Tuesday. Their first preseason game — and possibly, Leonard’s first game action since those 2021 playoffs — is Sept. 30, in Seattle, against Israeli club Maccabi Ra’anana.

“Kawhi’s done a lot of controlled basketball for a long time,” Frank said. “Though 5-on-5 is viewed to the layman as a benchmark, it’s more complicated than that. Ultimately, he keeps trending toward being able to play in an NBA basketball game, and so he’ll just continue to take those steps in camp.”

These were the details of the news Clippers say Kawhi Leonard is cleared for 5-on-5 play for this day. We hope that we have succeeded by giving you the full details and information. To follow all our news, you can subscribe to the alerts system or to one of our different systems to provide you with all that is new.