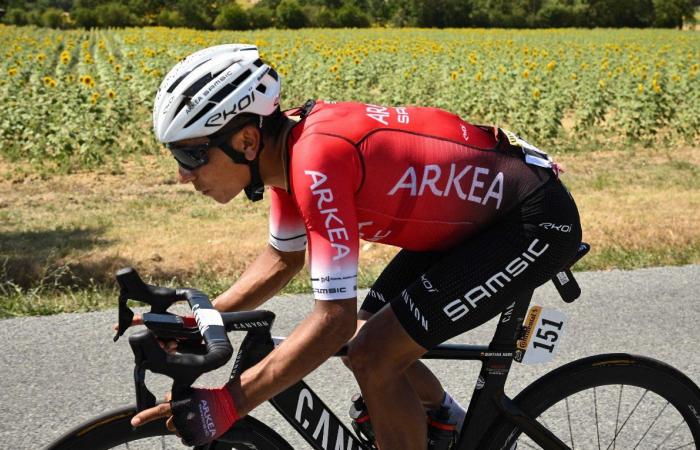 Jeddah - Yasmine El Tohamy - JEDDAH: Eddie Hearn is predicting a knockout when Anthony Joshua attempts to become a three-time world champion by defeating Oleksandr Usyk at Rage on the Red Sea in Jeddah on Saturday.

The Matchroom Sports chairman believes both boxers will go into their rematch more aggressive than their first, which saw Usyk rip the WBA Super, IBF, WBO and IBO belts from Joshua’s grip. Usyk’s victory came courtesy of a unanimous points decision, but Hearn does not think their second meeting will go to the judges.

“I think they both will be aggressive,” said Hearn ahead of fight night at Rage on the Red Sea at Saudi Arabia’s King Abdullah Sports City Arena.

Having suffered defeat at the hands of Usyk last time around, the importance of victory is not lost on Joshua’s camp.

“We’ve got to win,” Hearn added. “It’s the ultimate of the sport, the World Heavyweight Championship, and we’ve got no interest in just taking part — it’s only about victory for Joshua. He did it before out there, and this is a much tougher challenge, but he’s ready. And I believe he can become a three-time heavyweight world champion in Saudi next week.”

Although thousands of miles from home, Joshua finds himself in a familiar position.

He previously regained his title from Andy Ruiz Jr. in Saudi Arabia in December 2019, and he now returns to the Kingdom in search of a third heavyweight championship.

The fight with Ruiz Jr. three years ago made Joshua a hero figure in Saudi Arabia, and for the last month, he has set up his training camp in Jeddah.

Joshua revealed that the kindness he has been shown by Saudis “fills me with energy,” and Hearn believes his fighter’s previous experience at the Clash of the Dunes provides both comfort and confidence.

“Joshua has been out there for four weeks, and it shows you how comfortable he is out there because normally a fighter would go for a week really,” Hearn explained. “And they don’t like to be away from the home comforts, but he feels very comfortable in Saudi, and he’s got very fond memories from the Ruiz fight. He’s in a great place and ready for fight week.”

Hearn and his company played active roles alongside the Saudi government, Ministry of Sport and Saudi Arabian Boxing Federation to take both the Clash of the Dunes and Rage on the Red Sea to the Kingdom.

The first event saw participation numbers rocket in the country, and boxing’s popularity in Saudi Arabia has continued to rise since.

“I think a lot of people think that those guys are just happy to go and take the money, but that couldn’t be further from the truth,” said Hearn.

“They want to inspire that next generation there, and when they get that kind of response and they see those smiles, they love it. And they want that to continue.

“They’re also two great guys who give their time to people, and they’re not people who are just going to turn their nose up at others. They want to showcase boxing, they’re lovers of the sport, and if they think that boxing could flourish there, they’ll do everything they can to inspire those fans and the next generation of fighters.

“Both of them are great athletes, great individuals. They have great values, great respect and tremendous amounts of time for the fans. They’re spot on."

It is not just the main event duo that Hearn believes can further aid boxing’s development in Saudi Arabia.

Chief among them for the local audience are the professional debut of Saudi-Egyptian Ziyad Al-Maayouf and the presence of Ramla Ali and Crystal Nova Garcia as the first female boxers to ever feature in an official international fight in Saudi Arabia.

“For Ali, the first female fighter, to be showcased there is so important for boxing. It’s important for Saudi as well. So too is the presence of Al-Maayouf; what an opportunity for him. And he’s going to get a fantastic reception as well,” the Matchroom chief said.

“But everybody on this card is very lucky. I mean, this is historic. When we shot that promo, it felt like Rumble in the Jungle or the Thriller in Manila. It’s one of those iconic moments and everybody on the card, Joshua included, should be very thankful for this moment.

“Next week’s going to be really special, from the build-ups to the receptions, to the press conferences, to the weigh-ins, to the show itself. And the whole world will be watching Saudi Arabia next weekend.”

These were the details of the news Quintana denies use of banned drug after Tour de France disqualification for this day. We hope that we have succeeded by giving you the full details and information. To follow all our news, you can subscribe to the alerts system or to one of our different systems to provide you with all that is new.