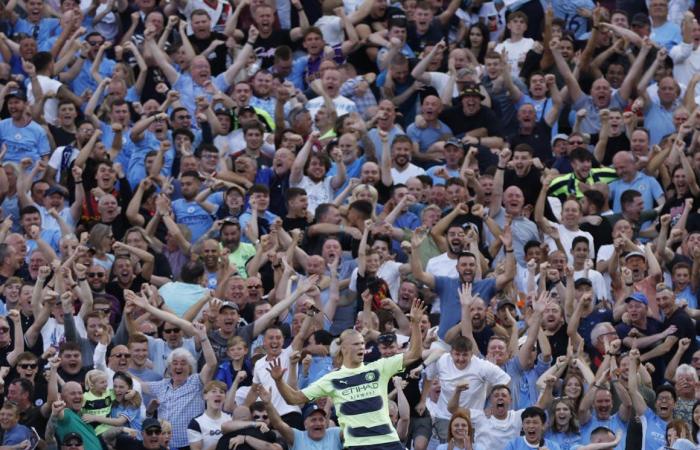 The “Beasts of the Middle East” event took place at Riyadh’s Radisson Blu Airport Hotel on July 29, bringing in boxers from around the region, with 11 female and male amateurs — as well as six male professionals — taking part in the exhibition bouts.

“Beasts of the Middle East” was supported by Princess Nouf bint Mohammed Al-Saud and TKO Fighters in the Al-Wadi suburb of Riyadh.

The exhibition is the latest event held by the gym and its American founder, coach Lee Starks.

In 2021, Starks established TKO Fighters as the first ever women’s boxing team in Saudi Arabia, starting with just four young female fighters. Since then, more and more women, and men, have embraced the sport across the Kingdom.

“I would like to support Saudi women in all sports. Without the help of the crown prince and the Ministry of Sport, this would not have been possible. I hope we can make every Saudi man and woman proud with this great goal,” Princess Nouf said.

These initiatives provide a platform for the Kingdom’s youth to empower themselves and improve their skills alongside international competitors, and showing their support among the show’s over 100 attendees were President Abdullah Alharbi and Vice President Rasha Alkhamis of the Saudi Boxing Federation.

Extra safety precautions were taken for the fights involving the amateur boxers, who took part in match-ups made up of three rounds, each lasting a minute. Meanwhile, the main events involving the professionals saw fights between four to six rounds.

The bouts were for exhibition purposes only, with no winners or losers declared, and all participants received cash prizes from Princess Nouf for taking part.

Several of the boxers disclosed to Arab News that boxing had transformed them mentally and physically when they were enduring difficult periods in their lives. They also revealed that their love for challenges inspired them to pick up the sport and continue to improve in it.

Renowned Kuwaiti boxer, Noura Al-Mutairi, showed her pride in fellow GCC boxers: “I came to Saudi Arabia because this is an opportunity that a female (fighter) cannot miss. I want to participate in this large event that represents us Khaleeji women.”

“Saudi Arabia has taken the lead in empowering women in sports in the GCC region. We are proud to know we Khaleeji and Arab women can do whatever anyone else can do, and we can build something very big. I didn’t choose boxing, boxing chose me,” she said.

Saudi boxing and MMA champion, Abdullah Al-Qahtani, known as “The Ripper”, displayed his fighting spirit prior to his bout.

“You have to suffer to make it. Nothing is easy. I can’t blame anyone for saying this sport is dangerous, and that’s why this sport is made for me,” Al-Qahtani told Arab News. “I’m also a fighter in my regular life. As a child, you already know where you’re heading to. Any Saudi can reach any heights in this sport as long as you train and dedicate yourself to it.”

Saudi boxing champion Sara Al-Shahrani has been boxing from a very young age and she expressed her gratitude to TKO Fighters for the opportunity she was given before entering the ring.

“I’m good at this, it’s natural, “ she said. “Coach Lee has helped with training, and I’m gonna crush this. I’m going to give 200 percent of myself into making my fight the best fight of the entire night.”

UAE’s national boxing champion, Austine Nnamdi, nicknamed “The Magnificent Dancer”, also revealed his excitement at being in Riyadh and predicted a bright future for the young Saudis taking up the sport.

“I’m going to be dancing on that stage. It’s not fake, it’s what I do every day,” Nnamdi said. “Seeing the Saudi amateur fighters, since I was once an amateur myself, I can see that they’re going to go very far and be as happy and as successful in their careers as I am.”

These were the details of the news Haaland scores twice in Man City’s 2-0 win at West Ham for this day. We hope that we have succeeded by giving you the full details and information. To follow all our news, you can subscribe to the alerts system or to one of our different systems to provide you with all that is new.

I am Joshua Kelly and I focus on breaking news stories and ensuring we (“Al-KhaleejToday.NET”) offer timely reporting on some of the most recent stories released through market wires about “Services” sector. I have formerly spent over 3 years as a trader in U.S. Stock Market and is now semi-stepped down. I work on a full time basis for Al-KhaleejToday.NET specializing in quicker moving active shares with a short term view on investment opportunities and trends. Address: 838 Emily Drive Hampton, SC 29924, USA Phone: (+1) 803-887-5567 Email: Josh[email protected]