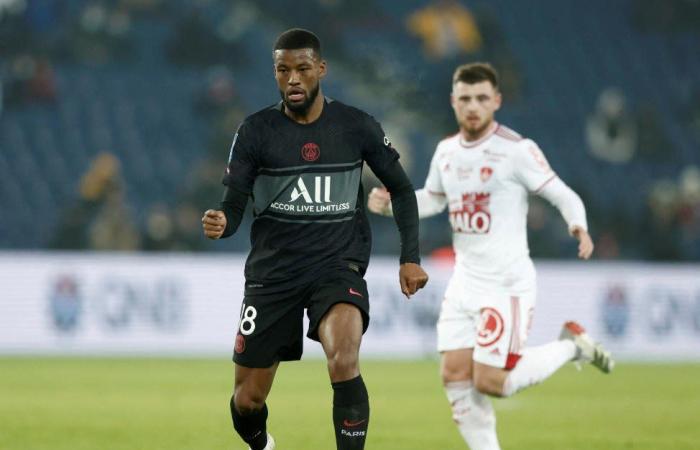 Jeddah - Yasmine El Tohamy - NEWCASTLE: Newcastle United’s owners have declared Eddie Howe as ‘the perfect fit’ after the Magpies’ head coach put pen to paper on a new long-term deal.
And Howe himself has his sights set on success at St. James’ Park with trophies in his eyeline.
On Friday, United confirmed the former Bournemouth and Burnley boss, appointed to the job last November, has extended his deal at the club, taking it past the end date of his previous contract, which was due to run out in the summer of 2024.
The news comes on the eve of Newcastle’s first Premier League game of the season against Nottingham Forest on Tyneside on Saturday, a level United looked set to miss out on after Howe took over a team winless in 12 games.
But a remarkable run at the back end of last season, recording six wins in the last eight, saw Howe’s side pull away from relegation trouble — still a very real prospect in February — and finish 11th in the Premier League table.
And the 44-year-old has been rewarded with a new deal as a result. A club statement confirming the news read: “Newcastle United are delighted to confirm that head coach Eddie Howe has signed a new long-term contract at St. James’ Park.
Howe joined the Magpies in November 2021, shortly after a takeover of the club by an investment group comprising PIF, PCP Capital Partners and RB Sports & Media.
“The team was still pursuing its first Premier League win of the season at the time of Howe’s arrival, however he guided United to 11th place during the 2021/22 campaign, finishing 14 points clear of the bottom three and just two points off the top ten.
“An unbeaten run in February 2022 also saw Howe officially voted the Barclays Manager of the Month, earning him the award for the fourth time in his career.”
Reacting to the news, Howe said: “It’s a great feeling to commit my future to this incredible club. I’m extremely proud to be the head coach of Newcastle United and have enjoyed every moment here.
“I’d like to take the opportunity to acknowledge my coaching team, the players, staff and supporters. They make it a very special place to be every day.
“I’d also like to extend my gratitude to our owners and to Dan Ashworth. We are still at the start of our journey, but this is an exciting time to be a part of Newcastle United and I’m very excited about the future together.”
What that future looks like in Howe’s eyes is very clear — he wants silverware on Tyneside, something not done since Fairs Cup glory in 1969.
Speaking ahead of the Forest clash from the club’s Benton training base, Howe said: “If I sat here and said I didn’t want to win a trophy, in my position, there would be something wrong with me.
“That is my dream — to win silverware, trophies, and cup competitions. And I think I have to dream big on behalf of the club.
“That’s not saying we are going to do it. We have to work hard to get there. Every day I am pushing the staff and the players to try and make that dream a reality.”
Howe, seen by many as a potential successor to Gareth Southgate in the England hotseat, has been lauded by club sporting director Dan Ashworth, who took a lead role in the new deal negotiations.
Ashworth said: “I’m delighted Eddie has committed his long-term future to Newcastle United. He is an incredibly talented leader and has had a huge impact since being appointed in November.
“In the short period of time I have worked with him, I have seen how much of a diligent, detailed, hard-working coach and leader he is.
“This is great news for the club and I am looking forward to working with Eddie and our colleagues on our exciting journey ahead.”
The club’s shareholders, headed by the Public Investment Fund of Saudi Arabia, said: “We are excited to have secured Eddie’s long-term future. He is a young, dynamic and ambitious coach who fits Newcastle United well; we look forward to working with him and supporting him as we strive toward achieving long-term success.”

These were the details of the news PSG’s Wijnaldum pens loan deal with Roma for this day. We hope that we have succeeded by giving you the full details and information. To follow all our news, you can subscribe to the alerts system or to one of our different systems to provide you with all that is new.