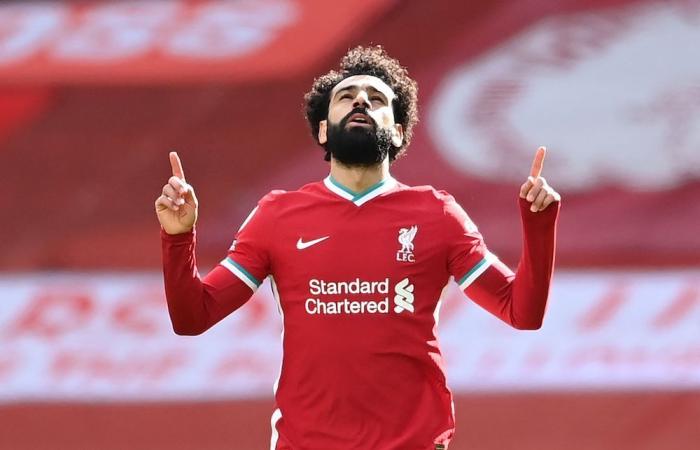 Jeddah - Yasmine El Tohamy - RIYADH: FIFA officials have announced that semi-automated offside technology will be used at the FIFA World Cup 2022 in Qatar that kicks off on Nov. 21.

Bosses at football’s international governing body said the system would offer a support tool for video match officials and the on-field referee to help them make faster, more accurate, and more reproducible offside decisions on the biggest stage of all.

Following the successful use of video assistant referee technology at the 2018 FIFA World Cup in Russia, FIFA President Gianni Infantino declared in The Vision 2020-23 that his federation would strive to harness the full potential of technology in football and further enhance VAR.

He said: “At the FIFA World Cup in 2018, FIFA took the brave step to use VAR technology on the world’s biggest stage, and it has proven to be an undisputable success.

“Semi-automated offside technology is an evolution of the VAR systems that have been implemented across the world. This technology is the culmination of three years of dedicated research and testing to provide the very best for the teams, players, and fans who will be heading to Qatar later this year.

“And FIFA is proud of this work, as we look forward to the world seeing the benefits of semi-automated offside technology at the FIFA World Cup 2022.

“FIFA is committed to harnessing technology to improve the game of football at all levels, and the use of semi-automated offside technology at the FIFA World Cup in 2022 is the clearest possible evidence,” Infantino added.

By working with adidas and various partners, and especially with the Working Group for Innovation Excellence and technology providers, FIFA has spent the last few years further improving the VAR system, including the use of semi-automated offside technology.

The new technology uses 12 dedicated tracking cameras mounted underneath the roof of the stadium to track the ball and up to 29 data points of each individual player, 50 times per second, calculating their exact position on the pitch. The 29 collected data points include all limbs and extremities that are relevant for making offside calls.

Al Rihla, adidas’ official match ball for Qatar 2022, will provide a further vital element for the detection of tight offside incidents as an inertial measurement unit sensor will be placed inside the ball. This sensor, positioned in the center of the ball, sends ball data to the video operation room 500 times per second, allowing a very precise detection of the kick point.

By combining the limb- and ball-tracking data and applying artificial intelligence, the new technology provides an automated offside alert to the video match officials inside the video operation room whenever the ball is received by an attacker who was in an offside position at the moment the ball was played by a team-mate.

Before informing the on-field referee, the video match officials validate the proposed decision by manually checking the automatically selected kick point and the automatically created offside line, which is based on the calculated positions of the players’ limbs. This process happens within a few seconds and means that offside decisions can be made faster and more accurately.

After the decision has been confirmed by the video match officials and the referee on the pitch, the exact same positional data points that were used to make the decision are then generated into a 3-D animation that perfectly details the position of the players’ limbs at the moment the ball was played. This 3-D animation, which will always show the best possible perspectives for an offside situation, will then be shown on the giant screens in the stadium and will also be made available to FIFA’s broadcast partners to inform all spectators in the clearest possible way.

The workflow of semi-automated offside technology and the connected ball technology have been successfully trialed at numerous test events and live at FIFA tournaments, including the FIFA Arab Cup 2021 and the FIFA Club World Cup 2021.

More tests will be conducted in the coming months to fine-tune the system before a global standard is implemented to ensure that the new technology can be used in the world of football.

All details on the semi-automated offside technology set-up and the connected ball technology will be presented to the teams that have qualified for the FIFA World Cup 2022 at the Team Workshop in Doha on July 4 and 5 and then shared with the public.

Pierluigi Collina, chairman of the FIFA Referees Committee, said: “We expect that semi-automated offside technology can take us a step further. We are aware that sometimes the process to check a possible offside takes too long, especially when the offside incident is very tight.

“The testing has been a major success and we are very confident that, in Qatar, we will have a very valuable support tool to help referees and assistant referees make the best and most correct decision on the field of play.

“I know that someone called it robot offside; it’s not. The referees and the assistant referees are still responsible for the decision on the field of play,” he added.

These were the details of the news Mo Salah ends speculation by signing new Liverpool contract for this day. We hope that we have succeeded by giving you the full details and information. To follow all our news, you can subscribe to the alerts system or to one of our different systems to provide you with all that is new.