Mohamed Salah’s first statement after his legendary performance against Morocco 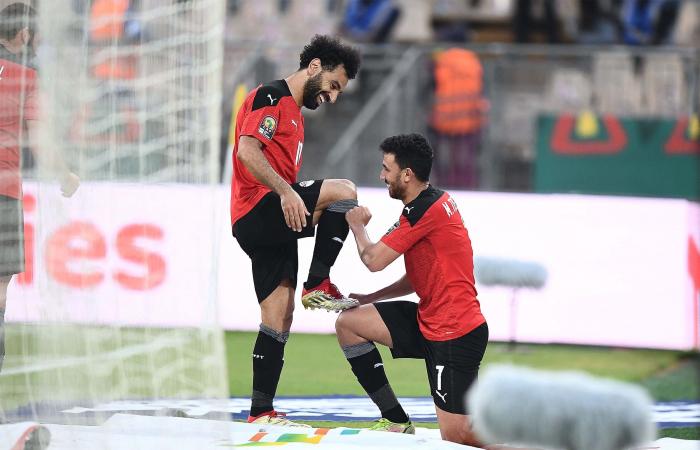 The Egyptian star, Mohamed Salah, expressed his happiness for leading the Pharaohs to qualify for the semi-finals of the 2021 Africa Cup of Nations, after beating Morocco with two goals to one.

In statements after the match, Mohamed Salah said: “It is a nice thing to beat an ancient team like Morocco. I congratulate the Egyptian people on qualifying for the semi-finals.”

Mohamed Salah added: “The match was intense and we were able to win the match in the end .. and our congratulations to the Egyptian people after qualifying.”

He stressed, “A difficult and important victory gave us a visa to cross into the semi-finals of the African Nations Championship. We performed well and wonderfully and controlled the course of the match.”

The Organizing Committee of the African Nations Cup, which is currently being held in Cameroon, had announced the selection of Mohamed Salah, the Egyptian national team player, as the best player in the match between the Pharaohs and Morocco in the 8th round.

The Egyptian team qualified for the semi-finals after beating its Moroccan counterpart 2/1 on Sunday in the quarter-finals of the tournament.

Salah scored the equalizing goal for the Egyptian national team after being behind by a goal against Morocco, and Salah also provided a pass from which Mahmoud Hassan Trezeguet scored the winning goal.

These were the details of the news Mohamed Salah’s first statement after his legendary performance against Morocco for this day. We hope that we have succeeded by giving you the full details and information. To follow all our news, you can subscribe to the alerts system or to one of our different systems to provide you with all that is new.