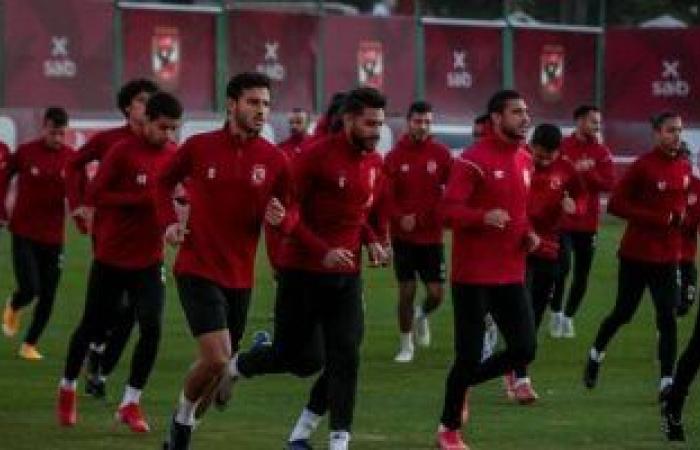 Al-Ahly club officials, during the current hours, are making intensive efforts to resolve a defensive deal during the current winter Mercato, which is about to end, as the registration door will be closed the day after tomorrow, Monday..

Al-Ahly is trying to resolve the deal, Mohamed Abdel-Moneim, the defender of the loaned team to the Future Club, and the Red Castle officials are negotiating with the Future administration in order to cut the player’s loan now, not with the end of the loan contract at the end of the current season..

The inclusion of Mohamed Abdel Moneim is at the forefront of Al-Ahly’s interests to support the defense, after the player starred with the first national team in the current African Nations Championship in Cameroon.

Al-Ahly offered Future to obtain more than one player for Al-Ahly in order to restore Mohamed Abdel Moneim, especially that Al-Ahmar is currently suffering due to defense errors that appeared clearly in the last Smouha match in the League Cup, which Al-Ahly lost by three clean.

Al-Ahly also wants to include Ahmed Ramadan Beckham, who is also loaned to Smouha Club, and Al-Ahmar wants to cut off the loan of Beckham currently, as he is good at playing on the right front and the defense line..

There is also a desire by the people to strengthen the defense through the promotion of the junior Mohamed Maghraby, who excelled in the League Cup and presented good performances, and many demanded that he be promoted to the first team..

These were the details of the news Candidates to support Al-Ahly’s defense .. Abdel Moneim leads .. Beckham... for this day. We hope that we have succeeded by giving you the full details and information. To follow all our news, you can subscribe to the alerts system or to one of our different systems to provide you with all that is new.