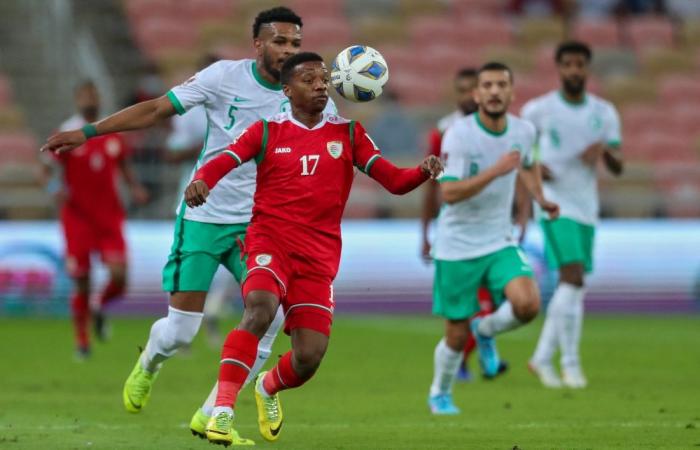 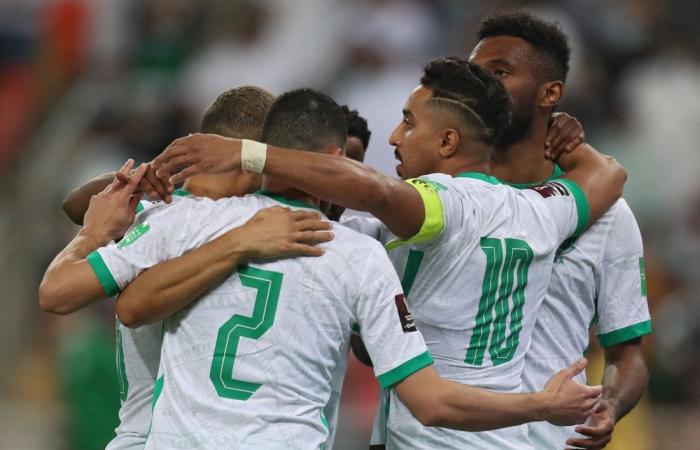 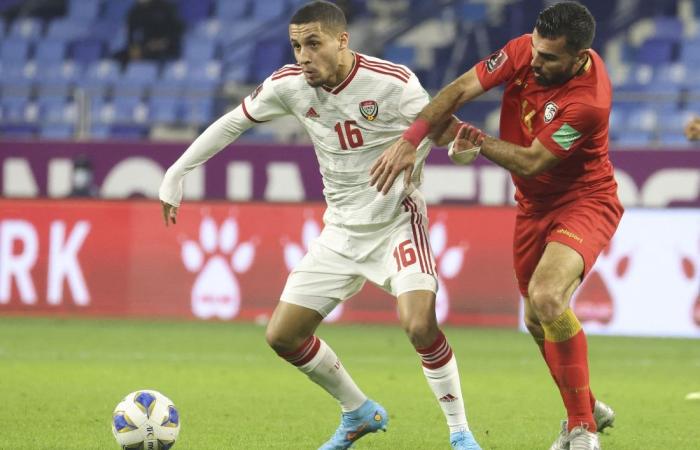 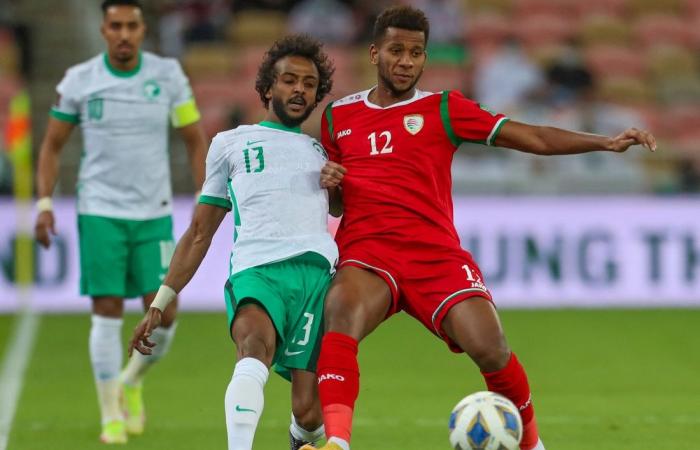 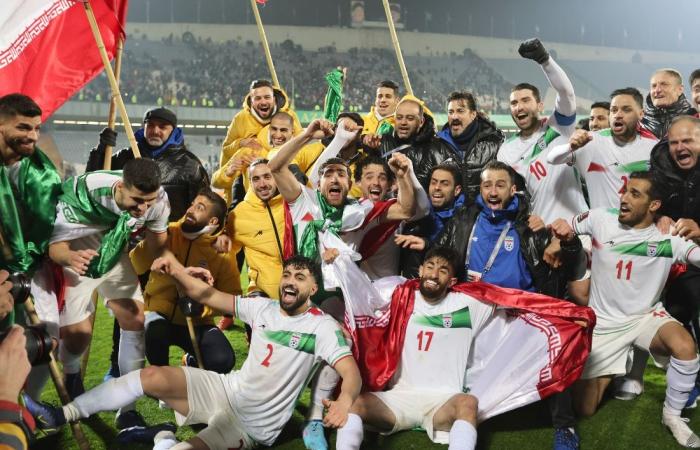 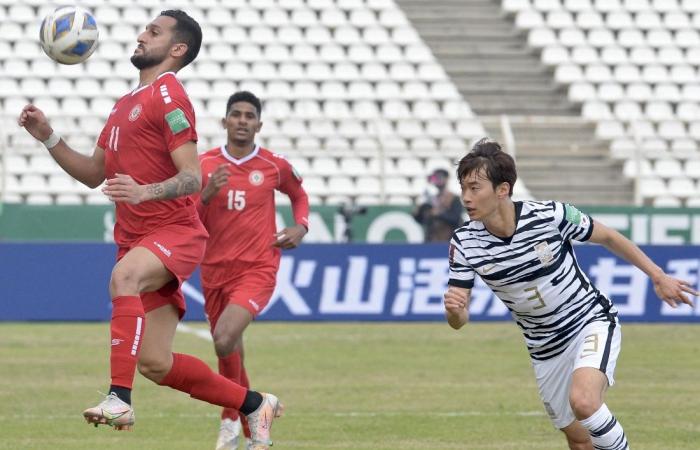 Thank you for reading the news about Saudi nearly there, UAE playoff hopes alive: 5 things we learned from latest Asian World Cup qualifiers and now with the details

Jeddah - Yasmine El Tohamy - Seven down and just three to go. Qatar 2022 and the end of Asia’s World Cup qualification journey is in sight for those at the top of the two groups. Below are five things Arab News learned from Thursday’s games.

1. Saudi Arabia missed Al-Faraj but got the crucial win

While Saudi fans will be celebrating the 1-0 win over Oman that keeps them four points clear at the top of Group B, there will be a slight worry there too. It wasn’t exactly a secret that Salman Al-Faraj is a classy customer and it wasn’t a surprise that Saudi Arabia’s worst performance so far in the final round of qualification came without the Al-Hilal star sitting in the middle. The Green Falcons had 55 percent of the possession but continuously gave the ball away.

It was his presence that was conspicuous by its absence. Al-Faraj is a calm influence for Al-Hilal and Saudi Arabia and it all felt a little rushed without him in the face of speedy Omani midfielders. His replacement, Sami Al-Najei, did not last long and was withdrawn after half an hour as coach Renard made a tactical switch that improved the team’s control of the middle, but even then Al-Faraj was still missed.

The most important part was the three points, however. Sometimes in qualification you just have to grind out a win and that is what happened in Jeddah.

Suddenly it is all smiles in the UAE after a second successive win, this time a 2-0 victory over Syria in Dubai. It was a much-improved performance against an opponent that is never easy, despite their bottom ranking, and surely the UAE’s best display in this stage so far.

Finishing in the top two spots in a group containing South Korea and Iran was always going to be difficult, even if the fact that those two powerhouses were never put under any pressure was disappointing.

Now however, the UAE can focus on securing third place and a place in the play-offs. It was especially pleasing given that there were some major absentees such as Ali Mabkhout and Fabio De Lima. Caio Canedo scored the opener and was lively throughout.

Coach Bert van Marwijk had said before the game that there was a new energy in the team, and that is what proved to be the difference. There was movement and an intensity that had been missing. If the Whites can build on this win against the already-qualified Iran on Tuesday then third spot will be virtually secured.

Apart from the goalkeeping mistake that allowed Firas Al-Buraikan to bundle the ball home from close range, Saudi Arabia never really looked like scoring in Jeddah. Instead, it was Oman who looked the more dangerous. Perhaps it was because they were free from pressure; the underdogs with little chance of reaching the play-off spot, but Oman deserved a point from the game. Rabia Al-Alawi never stopped running up front and was a constant thorn in the side and the center of the Saudi backline.

Ultimately, Saudi Arabia will barely remember this game and will take the points and move on but Oman should take heart from a big performance and further proof, after September’s win in Japan, that they can live with the big boys of Asian football.

4. Iraq do their best but questions to answer

The 1-0 loss to Iran in Tehran leaves Iraq with just four points from seven games, a full five points off the UAE in third place. It’s just not good enough for a team that has genuine talent and slim hopes of a play-off spot are hanging by a thread.

The latest defeat was hardly a surprise given that they were missing eight players — seven through COVID-19 and one through injury — and were unable to fill the bench at the Azadi Stadium with just 18 players available. It could have been worse, with the best performer on the day Fahad Talib in goal.

The big question now is: What direction do Iraq go in now? There was the big-name foreign coach experiment with Dick Advocaat that didn’t work as the Dutchman resigned in November after just six games to leave his assistant Zeljko Petrovic in charge, but there are still issues in terms of who really calls the shots and regardless of all that, preparation remains overly chaotic and ad hoc.

The Iraq national team needs a reset. The World Cup has virtually gone and while the talent remains, there is a lack of direction.

Losing 1-0 to South Korea is no disgrace for Lebanon but while the Taeguk Warriors were the better team, the Cedars will know they could have got something from a hard-fought game.

It has been the story of the stage for Lebanon. They have given everything and pushed the bigger teams all the way only to fail to get the necessary points on the board.

Korea may have dominated first-half possession but nobody in Lebanon, or watching back in East Asia, will ever know how the hosts did not take the lead not long before the break.

Alexander Melki hit the bar from close range but, no problem, as his brother was there to shoot the rebound into an empty net. Somehow, however, Felix Melki shot wide when it was easier to score.

Heads had not long been removed from hands when the visitors took the lead in a razor-sharp move. A beautiful inswinging cross from the left was met first-time by a sliding Cho Gue-song. It was more of the same after the break and again Lebanon hit the woodwork with a fierce low shot from Felix Melki. And then substitute Fadel Antra headed a cross over the bar when unmarked as the game entered injury time. Lebanon had the chances but just lack that little quality in the final third.

These were the details of the news Saudi nearly there, UAE playoff hopes alive: 5 things we learned from latest Asian World Cup qualifiers for this day. We hope that we have succeeded by giving you the full details and information. To follow all our news, you can subscribe to the alerts system or to one of our different systems to provide you with all that is new.