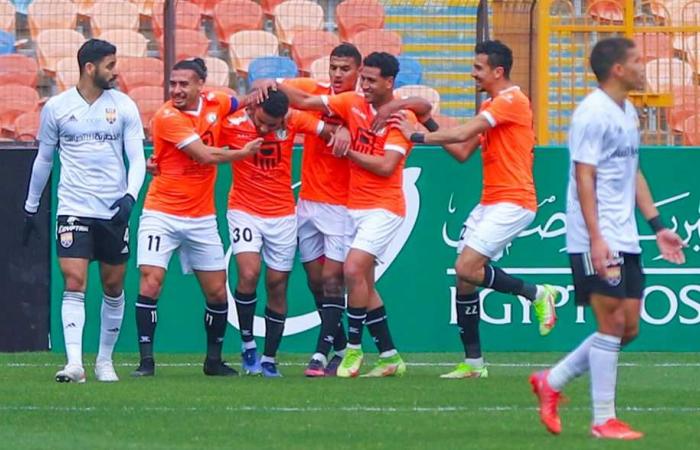 Ismaily and El-Gouna were satisfied with a draw with Arab Contractors and Al-Ahly Bank, so that the four teams shared the points in the fourth round of the second group of the Egyptian League Cup.

The Arab Contractors players demanded a penalty kick in the 62nd minute, but the referee returned to the video technology and decided to resume playing.

In the 86th minute, Ismaily almost advanced after Seiko Conteh scored a single shot, but Hassan Shaheen successfully saved it.

Conte fired again in the 91st minute, but Chahine continued to shine and saved it brilliantly.

Muhammad Hashem almost scored in the 93rd minute from a cross that passed everyone and hit the post, and went outside, and the match ended in a goalless draw.

El Gouna and the National Bank

At Cairo Stadium, El-Gouna tied with Al-Ahly Bank with one goal for each team.

Al-Ahly Bank scored the first goal in the 17th minute. Kaab from Mohamed Bassiouni to Moussa Diawara, who sent a ground cross, which was met by Mohamed Hamed with a touch in the goal, to end the first half with the bank’s progress with a goal for nothing.

In the second half of the match, the referee awarded a penalty kick to El Gouna in the 51st minute, before returning and canceling the decision via video.

Then Al-Ahly Bank almost added the second in the 58th minute through Mido Medhat with a header that hit the left post.

El Gouna equalized in the 83rd minute. Karim Tariq enters the penalty area and is unique and passes a cross-legged cross to Khaled Qamar, who received, turned and hit the ceiling of the net, recording the equalizer.

Mohamed Bassiouni almost scored the victory for Al-Ahly Bank in the 93rd minute, when he scored a single shot, but Islam Tariq saved it, and the match ended in a draw.

The draw raises Ismaili’s balance to 6 points at the top of the standings, and El-Gouna comes second with 5 points.

On the other hand, the Arab Contractors comes third with 5 points, then Smouha fourth with 4 points, while Al-Ahly comes fifth with three points, and Al-Ahly Bank is in the last place with the same balance.

Al-Ahly will play with Smouha shortly in the last matches of the round in the group.

These were the details of the news FilGoal | News | Ismaily, the contractors, El-Gouna and... for this day. We hope that we have succeeded by giving you the full details and information. To follow all our news, you can subscribe to the alerts system or to one of our different systems to provide you with all that is new.