The Sudanese national team has not known victory over the Pharaohs... 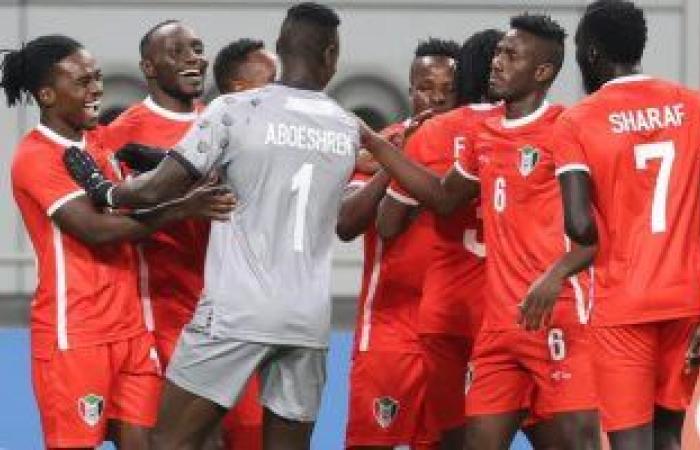 meet Egypt national team Led by Carlos Queiroz, today, Wednesday, with his Sudanese counterpart, in the third and final round of the first round of the African Nations Championship in Cameroon, in order to resolve the qualification for the round of 16 in the tournament.

The Sudanese team achieved its only victory over the Pharaohs in the continental championship in the semi-finals of the 1970 edition, 2-1, that is, 52 years ago.

In today’s match, the Egyptian team misses all Mahmoud Al-Wansh after suffering a muscle strain in the previous match against Guinea Bissau, Ahmed Fattouh, left-back due to obesity, and Akram Tawfiq, who returned to Egypt after suffering a cruciate ligament injury.

The Egyptian team is seeking to win today at the expense of Sudan, which is in the last place in Group D with one point, to settle the crossing card for the round of 16, for the championship with Nigeria, which faces Guinea Bissau today, and leads the first group with 6 points.

The closest formation for the Egyptian team against Sudan is Mohamed El-Shennawy in guarding the goal, Omar Kamal, Mohamed Abdel-Moneim, Ahmed Hegazy and Ayman Ashraf in defense, Mohamed El-Nani, Amr Al-Sulayya and Abdullah Al-Saeed in the middle, and Mohamed Salah, Omar Marmoush and Mustafa Mohamed in the attack.

These were the details of the news The Sudanese national team has not known victory over the Pharaohs... for this day. We hope that we have succeeded by giving you the full details and information. To follow all our news, you can subscribe to the alerts system or to one of our different systems to provide you with all that is new.