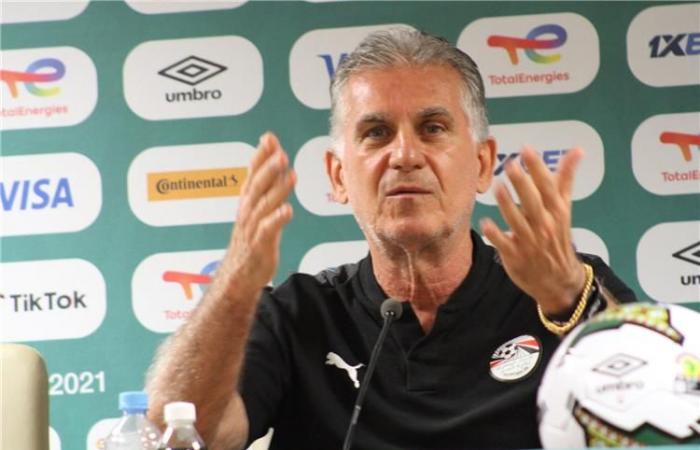 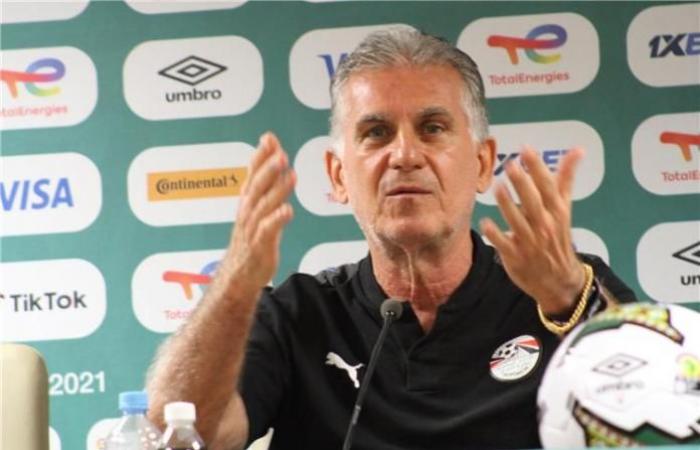 Portuguese coach Carlos Queiroz criticizedEgypt national team The Confederation of African Football is enough, during his statements at the press conference today, Tuesday, in preparation for facing Sudan in the African Nations Cup.

Egypt will face Sudan tomorrow at Ahmedou Ahidjo Stadium in Yaounde as part of the third and final round of the African Nations Championship group stage.

Carlos said كيروش In the press conference about Egypt’s formation against Guinea Bissau 5-5-0: “If I write my lineup for an hour on the match, I don’t know how it will be distributed on paper.”

He continued, directing his speech to the journalist, who asked him and criticized the Confederation of African Football: “I will advise you to read the plan while you watch the match. I work in Egypt, and I do not work for CAF, we decided to put what we did on paper.”

See also.. Reports: Sudan’s coach is in trouble before facing Egypt in the African Nations Cup

Mohamed Salah’s comrades are seeking to qualify for the round of 16 in tomorrow’s match against Sudan, due to the complexity of the situation after the loss against Nigeria in the first round and the victory over Guinea Bissau in the second match.

He continued, “Egypt, which has been facing some difficulties since the beginning of the African Nations, comes to Yaounde very focused, we simply have to beat Sudan on Wednesday.”

These were the details of the news Queiroz criticizes Kef for the formation of the Egyptian national team... for this day. We hope that we have succeeded by giving you the full details and information. To follow all our news, you can subscribe to the alerts system or to one of our different systems to provide you with all that is new.