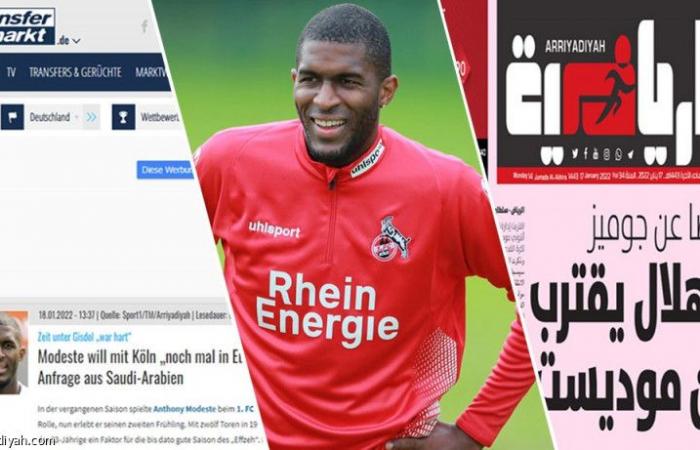 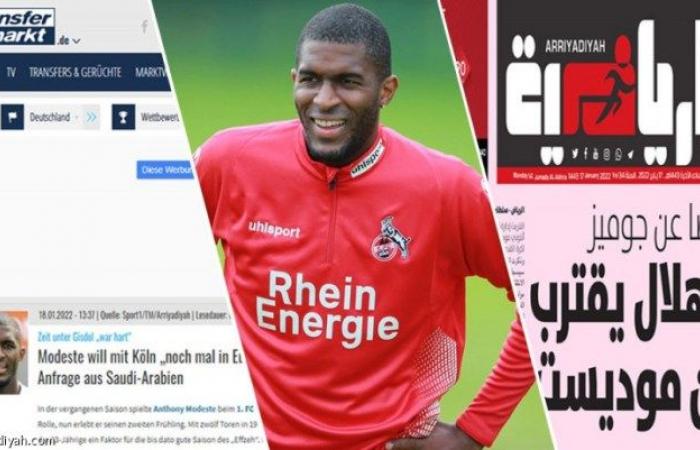 The German version of the “Transfer Market” website, which specializes in monitoring player transfers, ratified the news of “Al Riyadiah” newspaper regarding Al Hilal Club’s approach to contracting with French striker Anthony Modeste of the German team Cologne to support the ranks of the first football team during the winter transfer period.
And the “Sports” had revealed, quoting private sources, in its issue issued on Monday, that the management of Al Hilal club was close to contracting with the French Anthony Modeste, the German player of Cologne loaned to the French Saint-Etienne,
The German website quoted the “Sports” link, and stated, according to its sources, that the German club rejected the offer from Al Hilal, noting that selling the MODEST contract would be impossible unless there was an attractive financial offer that would make the German Colin reconsider Al Hilal’s request.
And the German website suggested that the French Modist would be an alternative to the Argentine Luciano Vieto, and not his compatriot Pavatimbi Gomez, who is linked to the same agent as Modest.
The German website indicated that Al Hilal seeks, by contracting with Modest, to strengthen its offensive line before participating in the Club World Cup, through which it is looking forward to facing Chelsea and reaching the final.
Al Hilal will start its participation in the Club World Cup by facing the winner of the Emirati Al Jazira and the Tahitian Berry on the sixth of next February at the Mohammed bin Zayed Stadium in Abu Dhabi.

These were the details of the news Germans: Colin rejected the offer of Al Hilal for this day. We hope that we have succeeded by giving you the full details and information. To follow all our news, you can subscribe to the alerts system or to one of our different systems to provide you with all that is new.