“New testimonies” in the case of Muhammad Kanooj 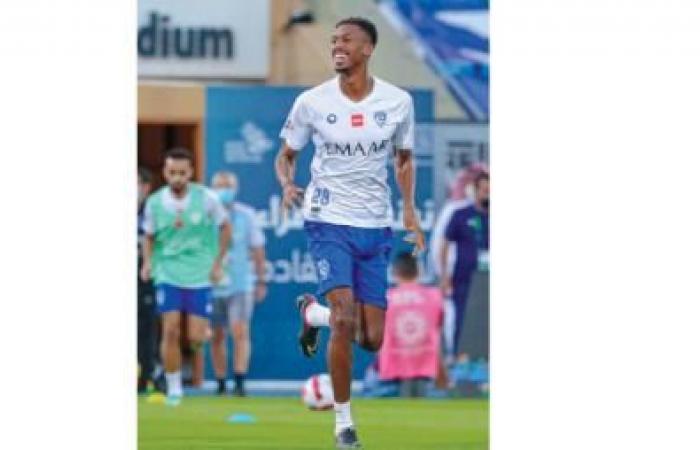 Does the Saudi Football Association issue its decisions before the transfer market closes?

Informed sources told Asharq Al-Awsat that the competent authority that will look into the signing of Al-Hilal player Muhammad Kanoo for Al-Nasr Club and then renewing his original contract with his Blue Club has subjected the parties to the case to more testimonies, in order to collect the largest amount of documents and papers, as well as statements to reach a decisive decision. In the case that ignited the excitement between Crescent and Victory.
Officials of the Professionalism Committee and the Dispute Resolution Chamber are surrounded by more secrecy about the case and its parties, but reliable sources said that the headquarters of the Football Association witnessed the presence of parties without naming them to give their opinions.
According to the professional regulation, the expected penalty will be Kno, as he will be punished with a suspension of no less than 4 months, while the most vociferous decision will be towards the two clubs that are working to submit all their papers to the Football Association to avoid any penalties that prevent either of them from registering players in the transfer market, knowing that many It is surprising that the case is delayed, given that the transfer market will end at the end of this month.
Asharq Al-Awsat was alone in announcing the official victory contract, and that it would file a complaint with its counterpart Al-Hilal about renewing the contract of its player Kno, despite his signing of Al-Nasr, before Al-Nasr ratified an official statement on this news.
Al-Nasr did not announce the signing with the international Kno, despite the news circulating at the time that he had completed the player’s file, but this did not happen officially, and after the end of the super match in which the Al-Hilal team was crowned after its victory against its rival Al-Faisaly, the official account of Al-Hilal club broadcast a tweet announcing a renewal Kno knot.
And the official account of Al Hilal Club wrote: “Know Hilali first and next,” explaining that the new player’s contract extends for three years, until 2025; Keno is one of the main pillars of his team, Al Hilal, and records his strong presence with the Saudi national team.
A few hours later, Al-Nasr issued a press statement saying: “The club’s management begins its legal procedures regarding the player’s contract, Mohamed Kanno.”
Al-Nasr’s statement stated: “The administration has taken all necessary legal measures towards Al-Hilal Club’s announcement of signing a contract with the player Muhammad Kanoo.” .
The statement continued, “Al-Nasr had signed an official professional contract with the player Mohamed Kanoo after entering the last six months of his current contract with his club (the free period), and a copy of the contract was submitted at that time to the Professional Committee of the Football Association.”
Al-Nasr concluded his statement with a clarification: “The termination of the contract, in addition to the sporting penalties for the violating parties, entails the payment of a penalty clause of 27 million riyals.”
It is worth noting that Kanoo had left Prince Faisal bin Fahd Stadium after the end of the match, refusing to talk to the media in the Max Zone area, before returning from the club bus that transported the players, and returning again to the dressing room and meeting with Fahd Al-Mafraj and club president Fahd bin Nafel, and then A few hours later, the Blue Club announced the renewal of Kno’s contract.

These were the details of the news “New testimonies” in the case of Muhammad Kanooj for this day. We hope that we have succeeded by giving you the full details and information. To follow all our news, you can subscribe to the alerts system or to one of our different systems to provide you with all that is new.