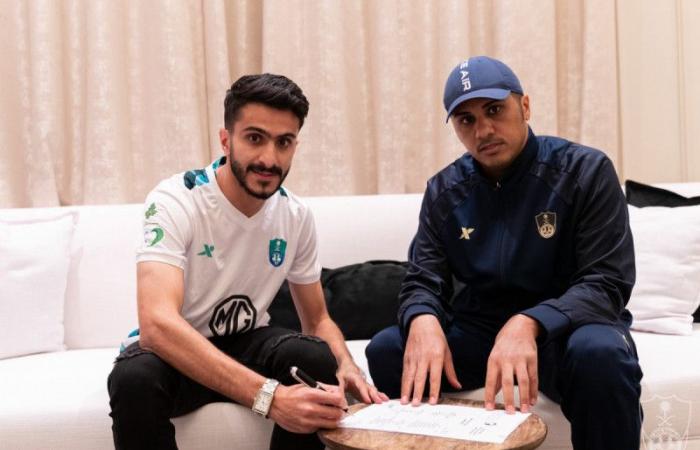 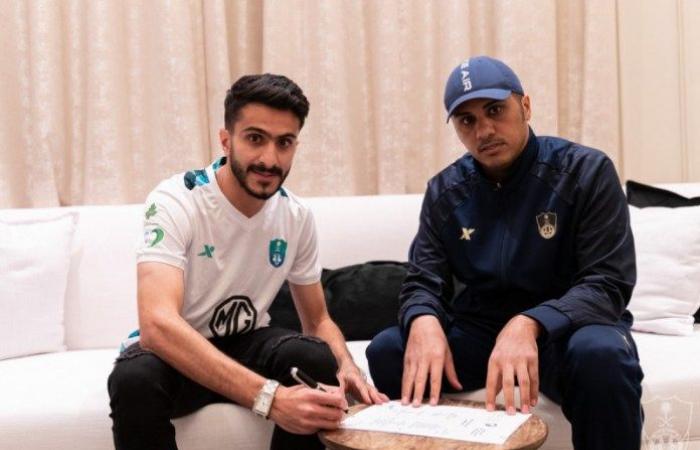 Al-Ahly club announced the official contract with Abdullah Al-Muqrin, the striker for the Al-Raed first football team, to represent the team during the coming period.
Al-Riyadia had previously broadcast through its official account on Twitter, the social networking site, the news of Al-Ahly’s final agreement with Al-Muqrin to join its ranks in a free transfer deal.
Al-Ahly club indicated that it contracted with the 25-year-old player for a period of four years, and that his contract will be activated starting next season, after the end of his current contract with Al-Raed.
Al-Ahly’s announcement of the inclusion of Al-Muqrin came at the first hour of Tuesday morning, as the Western Club indicated, through its official account on Twitter, the social networking site, to complete a fourth deal in the winter transfer period, through a tweet in which it stated, “The fourth winter deals .. Al-Muqrin Ahlawy.”

These were the details of the news Al-Ahly signs with Abdullah Al-Muqrin 4 seasons for this day. We hope that we have succeeded by giving you the full details and information. To follow all our news, you can subscribe to the alerts system or to one of our different systems to provide you with all that is new.