The African Cup .. 4 crucial matches today in the third... 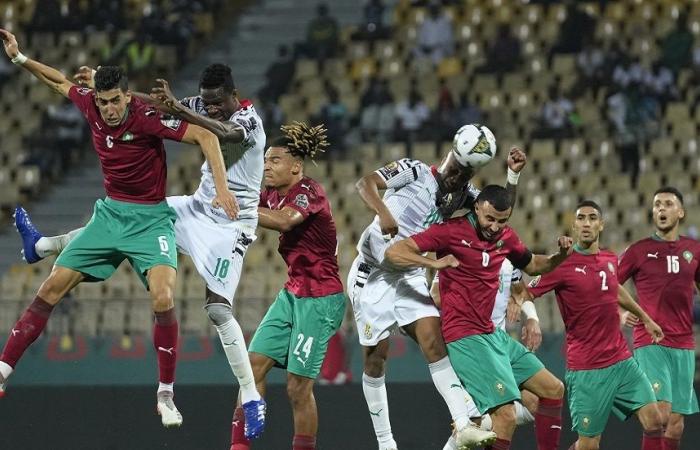 The battle will be fierce over the qualification for the African Cup of Nations final eight between Senegal and Guinea, who face Malawi and Zimbabwe today, in the third and final round of Group B competitions.

Gabon ceded to Morocco to snatch the seat from Ghana, which plays with Comoros in Group C.

And the two neighboring teams, Senegal and Guinea, had previously boosted their chances of qualifying for the final price, by drawing them negatively in the second round, last Friday.

The two teams are at the top of Group B with four points each, after Senegal beat Zimbabwe and Guinea 1-0 Malawi, in addition to being equal on goal difference.

The Senegalese and Guinean teams are enough to draw with Malawi and Zimbabwe, respectively, to ensure their passage together to the next round, to which the top two in the six groups qualify, in addition to the four best third-placed teams.

And while Guinea’s confrontation with Zimbabwe seems easier, as the latter has called off the tournament with two losses, Malawi will not be an easy prey for Senegal, after it revived its chances in the last round with a victory over Zimbabwe, but it has no solution but to beat the “Teranga Lions” to cross directly to the next round.

In the third group, the effort will outweigh the luck in snatching the second qualifying card with Morocco, which has already settled its crossing by achieving two victories in the first two rounds (six points).

In light of the Comoros team bid farewell to the competition with two losses in the first two rounds, the conflict will be between Gabon, which faces Morocco, and Ghana, which plays with Comoros.

The Gabonese team is in second place with four points from a victory (by a clean goal over Comoros) and a draw (1-1 with Ghana), while Ghana is in third place with one point (0-1 loss against Morocco, and a draw with Gabon).

Thus, a draw will be enough for the Gabonese team to qualify for the playoffs for the third time in its history after the 1996 and 2012 editions, to secure second place and play in the next round with the first group runner-up.

In the event of a loss, Ghana will have the opportunity to qualify for the group runners-up if they beat Comoros by two goals or more.

The following is the program of today’s matches in the African Nations Cup, according to Mecca time:

These were the details of the news The African Cup .. 4 crucial matches today in the third... for this day. We hope that we have succeeded by giving you the full details and information. To follow all our news, you can subscribe to the alerts system or to one of our different systems to provide you with all that is new.