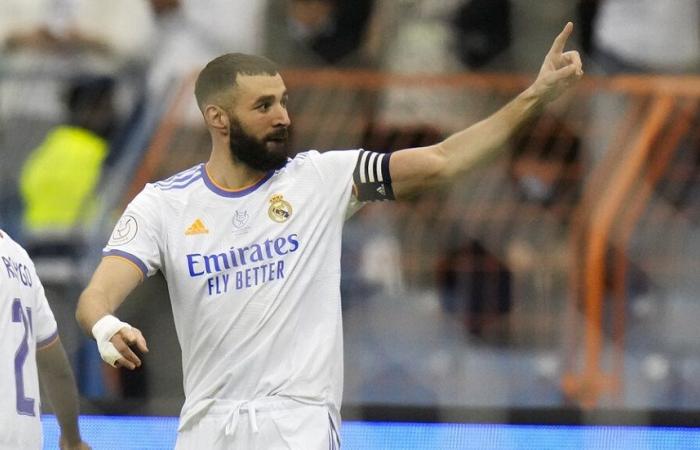 The Spanish newspaper “National” confirmed that the French Karim Benzema threatened the management of his club, Real Madrid, to leave the team in the event that the contract with the Norwegian striker Erling Halland, the striker of the German club Borussia Dortmund.

And “Nacional” said in a report on Monday, that Benzema, aged 34, spoke with Real Madrid president, Florentino Perez, and assured him that he would leave the club if Halland was contracted in the next summer Mercato.

The newspaper pointed out that the French international told Perez that he would not be satisfied in any way to remain in reserve against the rising Norwegian striker.

Nacional also reported that Benzema assigned his agent to open lines of communication with the French Paris Saint-Germain administration for a possible transfer to the “Parc des Princes”, the stronghold of the Parisian club, if Halland joined the Royal Club in the summer.

Real Madrid is ahead of the 21-year-old “golden boy” Haaland race against rivals Barcelona and Manchester City in order to win his services.

Perez set his sights on combining Erling Haaland and French striker Kylian Mbappe, Paris Saint-Germain striker, his main goal, in the royal team, and he may include the French for free after the end of his contract next June, as Mbappe has not yet renewed his contract with the Parisian team.

It is noteworthy that Karim Benzema has participated in 582 games with Real Madrid so far, in all competitions, scoring 303 goals, in addition to 182 assists.

These were the details of the news Nacional newspaper: Benzema threatens to leave Real Madrid for this day. We hope that we have succeeded by giving you the full details and information. To follow all our news, you can subscribe to the alerts system or to one of our different systems to provide you with all that is new.