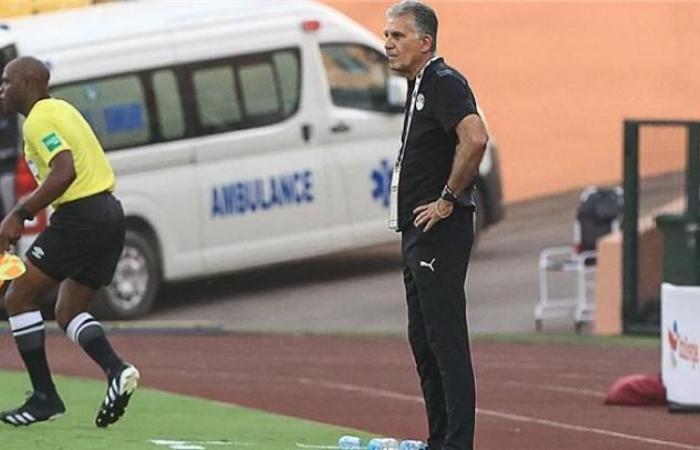 Alaa Mihoub, the former Al-Ahly player, confirmed that the performance of the Egyptian national team in the championship African Nations Cup Not appropriate, noting that the players lacked the collective spirit.

Egypt lost to Nigeria in the first match of the group stage, with a goal without a response, before regaining its balance and beating Guinea Bissau with the same score in the second round.

Mihoub said during his statements on the “Box to Box” program on the “etc” channel: “The result of the Egyptian team against Guinea Bissau with three important points, but the performance does not befit the name of Egypt, and the continuation of this bad performance and the lack of spirit and collectiveness has become what distinguishes the national team.”

He added: “All players in the team, including professionals, are far from the normal level, except for Mohamed El-Shennawy, the only goalkeeper with a stable level.”

He continued: “The fans are concerned about the performance and level of the team, and the statements كيروش After the Guinea match, it is illogical, especially in light of the lack of spirit and there is tension between Queiroz and the technical staff.”

See also.. Vingada: I was not consulted about contracting Queiroz.. Shawky Gharib returned to the Olympic team for two reasons

He continued: “Omar Marmoush made all the mistakes in football during the Guinea-Bissau match, and it is clear that his mind is occupied with something else. If the football player participates and his mind is busy, it is impossible to perform on the field. The coach’s intelligence took what benefits him from the player.”

He stressed: “Queiroz is very stubborn in making mistakes and does not listen to his aides. There are no motives on the field. What worries the Egyptian people the most is how to recruit players. The coach creates difficulties for the players and the timing of the change is very strange.”

And he concluded: “There are many voids in the middle of the field, there is no form for the team, Queiroz is not good at managing matches, choosing the formation or making substitutions.”

These were the details of the news Alaa Mihoub: The Egyptian national team player did everything wrong against... for this day. We hope that we have succeeded by giving you the full details and information. To follow all our news, you can subscribe to the alerts system or to one of our different systems to provide you with all that is new.