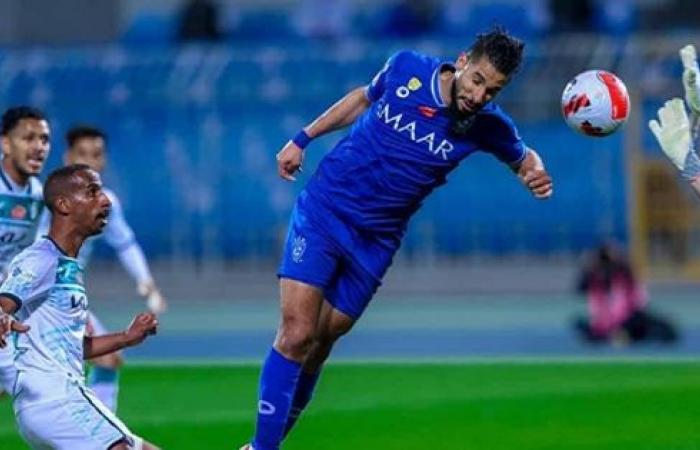 Al-Hilal team fell into the trap of defeat against its counterpart Al-Fateh, with a score of 2-3, in the match that brought the two teams together, this evening, Saturday, at Prince Faisal bin Fahd Stadium (Malaz), as part of the 14th round of the Saudi Football League.
With this result, Al Hilal’s balance stops at 21 points collected from 13 games, to occupy the fourth place, while Al-Fateh raised its score to 16 points in eighth place.
Al-Hilal was seeking to achieve victory, and overcame the effects of the 0-2 loss against its traditional rival, Al-Nasr, a few days ago, in a match postponed from the eighth round, but it continued to waste points, and it will be a guest of Al-Faisaly in its next due in the match that will be held on Friday, while Al-Fateh faces its counterpart Victory, Saturday.
Al Hilal’s first goal came in the 12th minute of the first half, through Carilo, who received the ball on the border of the Al-Fateh penalty area and shot it powerfully with his right into the net.
But Murad Batna did not congratulate the Hilalians with the joy of the first goal, to score a quick equalizer with the 16th minute, after a cross from the right side caused a darbaka inside the penalty area to be met by Patna in the net.
In the 71st minute, Sofiane Bin Debkeh succeeded in adding the second goal for Al-Fateh team, after receiving a perfect cross, to hit it with a double kick in a wonderful way.
And in the 75th minute, Gomez’s star equalized for Al Hilal, taking advantage of a fatal error from the Al-Fateh goalkeeper, who failed to catch the ball and it fell to the French player, who in turn resides in the net.
The referee awarded a penalty kick in favor of Al-Fateh, so that Murad Patna scored it in the crescent net with the 87th minute, using the “Panenka” method, announcing the third goal of his team.
Source: agencies

These were the details of the news “Al-Fateh” extinguishes the glow of “Al-Hilal” in the Saudi Football League... for this day. We hope that we have succeeded by giving you the full details and information. To follow all our news, you can subscribe to the alerts system or to one of our different systems to provide you with all that is new.