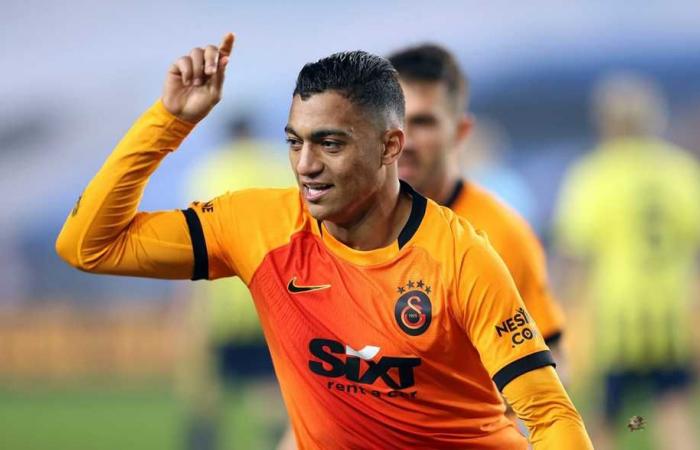 He added, “The Turkish club has officially notified Zamalek of activating the player’s purchase clause.”

And Mustafa Mohamed on loan from Zamalek moved to Galatasaray at the end of the winter transfer market in 2021, with an eligibility clause for 4 million dollars.

Mustafa Mohamed scored 14 goals and assisted one goal in the 45 matches he played with the Turkish team so far.

He added, “All the players are the children of Zamalek, but there will be no player left while twisting the club’s arm.”

He continued, “There are no advertisements on the team’s shirt today in front of Al-Mahalla due to the delay in the club’s dues to the sponsoring company. We have addressed the police more than once, but we have not received any payments.”

And he concluded, “We received calls from Mohamed Moselhi, president of the Alexandrian Federation, to obtain the services of Mahmoud Shabana next January, and we requested the return of Mohamed Abdel Salam to Zamalek in return, due to the possibility of adding him to the team’s list. Negotiations are still ongoing.”

Zamalek beat Ghazl El-Mahalla with four goals without a response to lead the Egyptian league standings with 19 points, one point ahead of Al-Ahly, who will face Future on Sunday.

These were the details of the news FilGoal | News | Amir Mortada to Fil Joule:... for this day. We hope that we have succeeded by giving you the full details and information. To follow all our news, you can subscribe to the alerts system or to one of our different systems to provide you with all that is new.