A Gulf country bans playing the anthem and raising the Israeli... 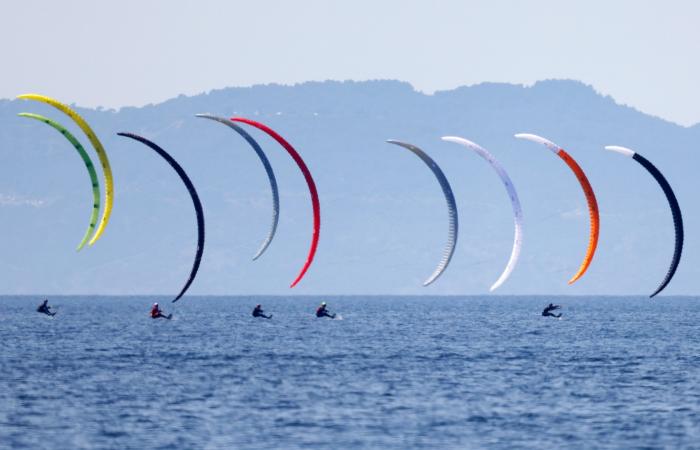 Israeli contestant Gal Zuckerman won the gold medal at the world kiteboarding championships in Oman last week, but without playing the national anthem or raising the Israeli flag, although the host country has limited diplomatic relations with Israel. According to the newspaper,Times of Israel“.

In an interview with Israel’s Channel 12, Friday, 18-year-old Zuckerman said that her victory “caused trouble,” adding, “When it was clear that I won the gold medal, the anthems of all the countries of the contestants were canceled because of me.”

And she continued, “I really wanted to tell my family, mom, dad and friends that I won, but I couldn’t, I was banned. No one knows what achievement I’ve done.”

And last Saturday, one day after her victory, the public radio “Cannes” broadcast the news of the victory.

Zuckerman noted, “The competition website did not publish our photos. We were under surveillance. An agreement was made between the Israeli Federation and the competition organizers, so that we could get there (the Sultanate), which stipulates that we roam without flags, and if a competitor from Israel climbs on the podium, the coronation will take place. Without knowing”.

Zuckerman was not the only Israeli female competitor to win a medal in the championship held in Mussanah, where sailors Roy Levy and Ariel Gal came third in the 420 (cm) boat race.

To close Times of Israel The reasons for the restrictions on Israeli contestants are not clear.

Oman had welcomed the normalization agreements between Israel, the UAE and Bahrain. The former Israeli Prime Minister, Benjamin Netanyahu, visited the Sultanate of Oman in 2018, and was received by Sultan Qaboos bin Said, who died last year.

Despite what the Israeli newspaper refers to as the “warmness of relations” between the two countries, the Sultanate has not officially commented on what was reported about its intention to normalize relations with Israel as well.

The Sultanate of Oman has maintained its neutrality in a region rife with turmoil, and has also maintained friendly relations with powers that play regional roles, including the United States and Iran.

These were the details of the news A Gulf country bans playing the anthem and raising the Israeli... for this day. We hope that we have succeeded by giving you the full details and information. To follow all our news, you can subscribe to the alerts system or to one of our different systems to provide you with all that is new.