Djokovic will not participate in the ITP Cup and raise doubts... 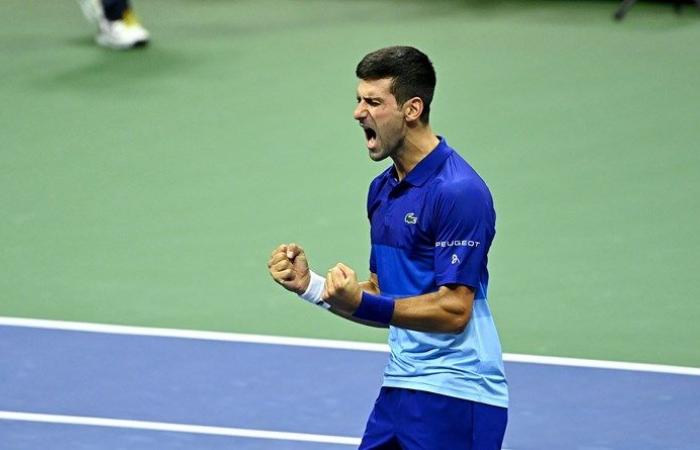 The Serbian newspaper, “Belic”, reported that world tennis star Novak Djokovic, who is ranked first in the world and who refuses to disclose whether or not he has received a vaccine against the “Covid-19” virus, will not participate in the ATP Cup scheduled in Sydney between between The first and ninth of January next.

She explained that Djokovic (34 years) is currently in Belgrade, where he takes care of his institution, trains and spends time with his family.

The new professional footballers’ association cup competition, which is related to the national teams, is considered the beginning of the new season for the men’s category.

The title of the first edition of the ITP Cup in 2020 went to Djokovic and his country by defeating Spain and its star Rafael Nadal in the final, while Russia, led by Daniil Medvedev and Andrey Rublev, won the second edition of the year at the expense of Italy.

The 16 participating teams were divided into four groups, each of four teams, and Serbia fell in the first group along with Spain, Norway and Chile, while Russia came in the second group with Italy, Austria and host Australia.

Germany, led by Alexander Zverev, will also be a candidate for the competition, and it came in Group C along with Canada, Britain and the United States, while Stefanos Tsitsipas and his colleagues in the Greek team will compete in Group D along with Argentina, Poland and Georgia.

Djokovic finished the year 2021 in first place in the world for the seventh year in a row, which is a record. He also set a record for winning the Masters 1000 points, winning his 37th title this year.

On the seventh of this month, Djokovic’s name was included in the list of his country’s team that will participate in the League Cup, before his name was also included on the next day among the participants in the Australian Open, the first of the four major tournaments, from January 17-30, next.

But with his withdrawal from the League Cup, Djokovic raises doubts about his participation in the Australian Open, as he seeks his tenth title, fourth in a row and 21 in the Grand Slam, thus setting the record for the number of titles in major tournaments, which he currently shares with Nadal and Swiss Roger Federer.

And the players’ participation in the Australian Championship remains conditional on receiving the anti-Covid-19 vaccine, along with those close to them and members of their training and medical staff.

And the newspaper “Bilic” confirmed that it is possible that “Noli”, Djokovic’s title, will announce before the end of the year his decision on his participation in the first Grand Slam tournament of the new year.

And his father, Serdan, revealed at the end of last November that his son might not defend his title in Australia, due to the mandatory rules of vaccination against the Corona virus, likening the restrictions to “blackmail.”

“Of course he would very much like to go, because he is an athlete and there are many of our people, from the Serbian community there who would be happy to see Novak,” he revealed in an interview with local channel Prada TV.

He added, “But I really don’t know if that will happen. Maybe not under these circumstances, with this blackmail and the way things are happening.”

The Minister of Sports in the state of Victoria, where the tournament is being held, Martin Bakula, replied: “I would like Djokovic to defend his title, but health comes first and it is not about blackmail at all, it is just that we are trying to protect the Victorian community.”

Australian Open director Craig Tilly was clear last month that all players participating in the tournament must be vaccinated and there will be no compromise in this regard.

The organizers confirmed that the vaccinated players will not be subject to any quarantine or be in a bubble in the next version, unlike what happened in this year’s version when players underwent it for two weeks in hotels designated for them, but things may get complicated with the emergence of the Omicron mutant in recent days.

These were the details of the news Djokovic will not participate in the ITP Cup and raise doubts... for this day. We hope that we have succeeded by giving you the full details and information. To follow all our news, you can subscribe to the alerts system or to one of our different systems to provide you with all that is new.