We have a talented player in the Tunisian national team 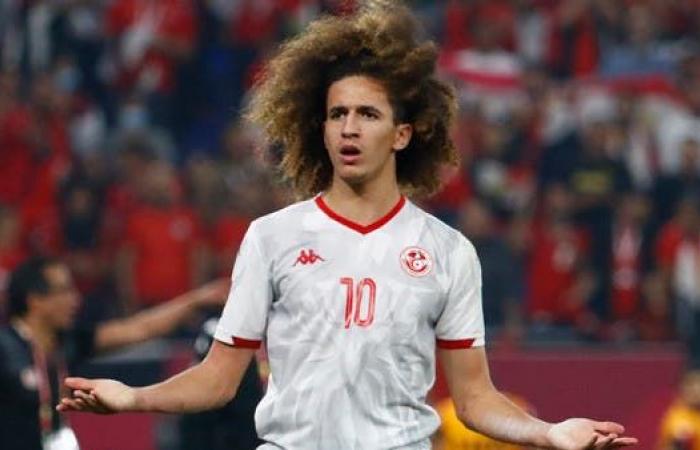 German coach Ralph Rangnick is looking forward to the promising Tunisian youth player Hannibal Majbri to join the first team permanently before the end of this year, according to the club’s official website on Friday.

Hannibal resumed his training with the team on Thursday, after his participation with the Tunisian team in the Arab Cup hosted by Qatar, during which the “Carthage Eagles” lost in the final against Algeria, with a score of 0-2 in the overtime.

Rangnick said in statements carried by the club’s official website: “Hannibal trained for the first time here since I came after his return from the Arab Cup, unfortunately for us and him he will leave us again to participate in the African Cup of Nations next January.”

Hannibal (18 years) showed great levels with the Tunisian national team during the Arab Cup matches in Qatar, where he won the best player award in two matches and contributed to the Carthage Eagles reaching the final match.

The coach continued, “I watched the final before he was substituted, and I am fully aware that we have another very talented player coming from the youth team, and I hope after the African Nations Cup that he can train with us regularly and be part of our group.”

Rangnick’s policies are based on a commitment to support emerging talent from the club’s academy, and this has enabled players such as Charlie Savage, Zidane Iqbal, Taden Mangi, Shula Schurter and Anthony Ilanga to make their debut against the Swiss side Young Boys in the Champions League.

“I think this has always been part of the club’s DNA and it has been under Sir Alex Ferguson for 27 years,” Rangnick said.

The coach continued, “It is not only about youth, it is also about talent and having the right personality and mentality.” And if these things come together, of course I will thank as many of these young players as possible, we already have three, four or five on our team and it is important for me to develop these players.

These were the details of the news We have a talented player in the Tunisian national team for this day. We hope that we have succeeded by giving you the full details and information. To follow all our news, you can subscribe to the alerts system or to one of our different systems to provide you with all that is new.