Ceramica converts its two-goal delay into an exciting 2-2 draw against... 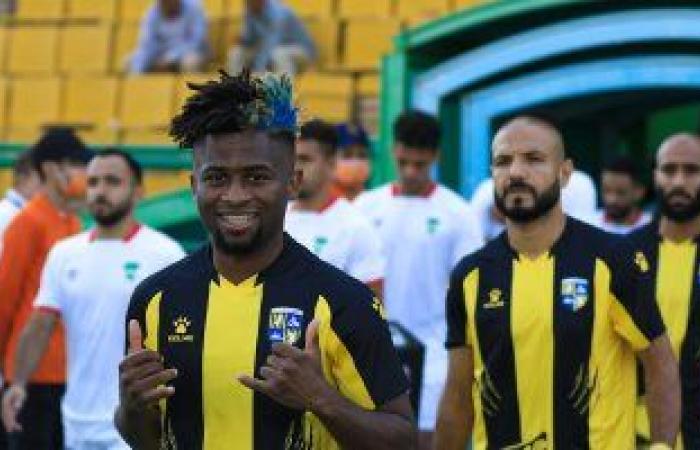 The Ceramica team succeeded in converting its two-goal delay to a 2-2 draw during the match that was held this afternoon, Friday, at Al-Jabal Al-Akhdar Stadium in the eighth round of the Premier League, and ended with the aforementioned result.

The Arab Contractors double scored, Mamadou Ndioko Nias in the 27th and 30th minutes, while Ceramica scored two goals, Shadi Hussein, in overtime for the first half, and Ahmed Al-Ghandour, the referee of the match, calculated this goal after resorting to the mouse technique, and Bassem Morsi added the second goal for Ceramica team in the 74th minute. .

Ahmed Al-Ghandour issued a red card to Mohamed Samir, the Arab Contractors player, in the 42nd minute, after resorting to the mouse technique, as Samir obstructed Shadi Hussein, the Ceramica player, who was alone in the goal.

With this result, Ceramicas balance rises to 10 points and rises to seventh place in the league standings with 9 points, after playing 8 matches, winning two matches, drawing in four matches and losing two matches, and his players scored 10 goals and received the same nets.

While the Arab Contractors raised its score to 6 points and remains in the fifteenth place after playing 8 matches, winning one, drawing three, losing 4, scoring 9 goals and conceding 12 goals.

The formation of the contractors for the match was as follows:

The following is a ceramica set consisting of:

These were the details of the news Ceramica converts its two-goal delay into an exciting 2-2 draw against... for this day. We hope that we have succeeded by giving you the full details and information. To follow all our news, you can subscribe to the alerts system or to one of our different systems to provide you with all that is new.