An Arab club is “officially” writing to Al-Ittihad in the Korean... 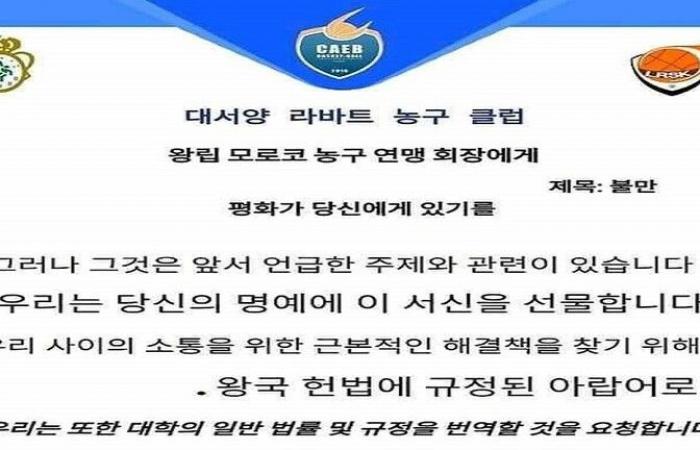 The Moroccan media reported a funny news about the management of the Youssoufia Basketball Club, which addressed the Moroccan Federation of the game with an official letter written in the Korean language, which shocked the union’s employees and did not find an appropriate way to decipher the correspondence!

The Moroccan “Al-Boula” website revealed that the Rabat club decided to address the Basketball Association in the Korean language, in protest against the latter, which relies in its official documents and statements on the French language instead of Arabic.

The site indicated that the file related to the administratively approved languages ​​in Morocco raises controversy in the country, and there are demands that the communications be in Arabic.

These were the details of the news An Arab club is “officially” writing to Al-Ittihad in the Korean... for this day. We hope that we have succeeded by giving you the full details and information. To follow all our news, you can subscribe to the alerts system or to one of our different systems to provide you with all that is new.